I'm in love with a crackhead--Blaaaake!

She looks soooooo bad....especially from how she used to look.


Wino Is The Ultimate Heroine 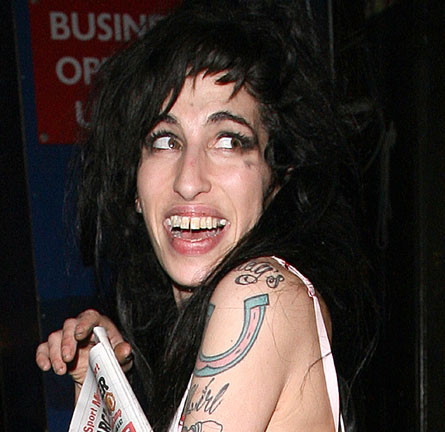 Amy Wino was voted the "Ultimate Heroine" in a new poll of people under 25 conducted by Sky.com. Perhaps these kids have no idea what a heroine is. They think "heroine" means a super heroin user or something. Pete Doherty was also voted the second most popular hero, behind footballer Stephen Gerrard. Yup, they definitely think it has something to do with heroin.
Wino even placed above Princess Diana. A psychologist told NME that Wino topped the poll because she "seems to portray a certain sense of vulnerability or having had to fight against some adversity in their lives." Um...no..she seems to portray a crackhead. Straight up.
In other Wino news, she headbutted a dude outside of a bar last night. Awesome! A friend said Wino was aruging with some dude when she got upset and lashed out, headbutting a guy hard in the face and also punched him." Her friends quickly rushed her back inside the bar. She came out later only to bump into a lamppost.
Has anyone checked Wino's pulse lately? I don't think the chick is alive. Seriously.

oh god... she looks HORRID. I really like her voice though... really is a shame.

a Fendi bag and a bad attitude

i hate to say it but she can kiss her teeth goodbye..those are going next on the road she's on
T

I think she needs all the help she can get!

Ugh, what a shame... Her teeth are crazy.

i hope she gets her life back on track, she's so talented! 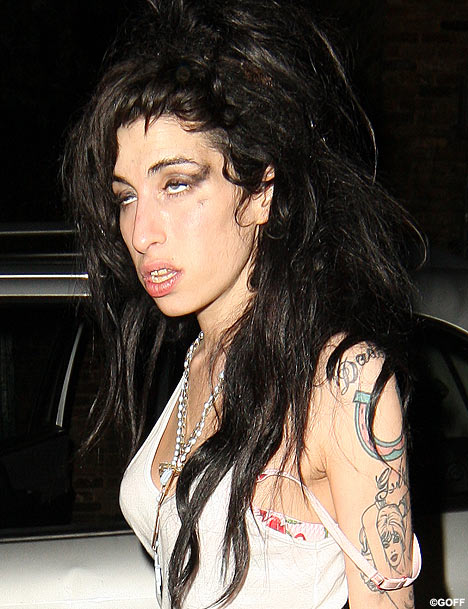 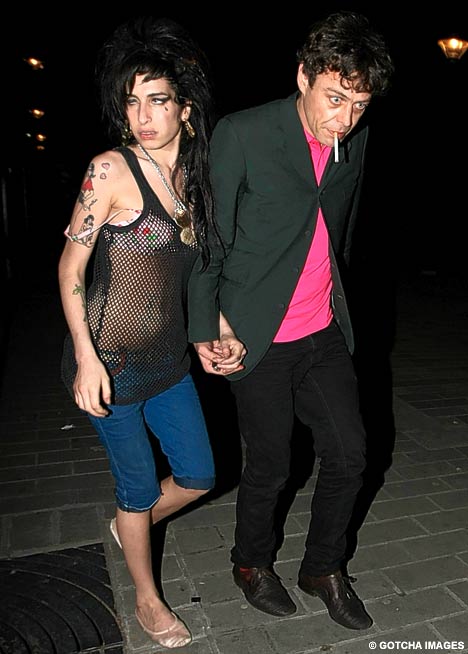 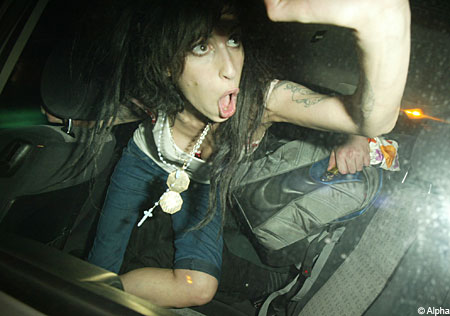 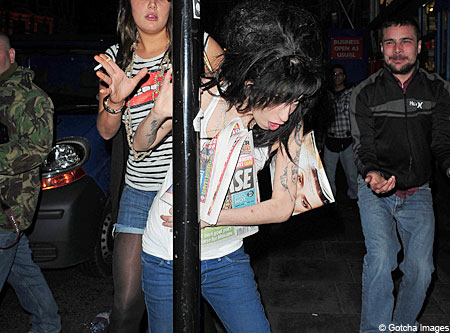 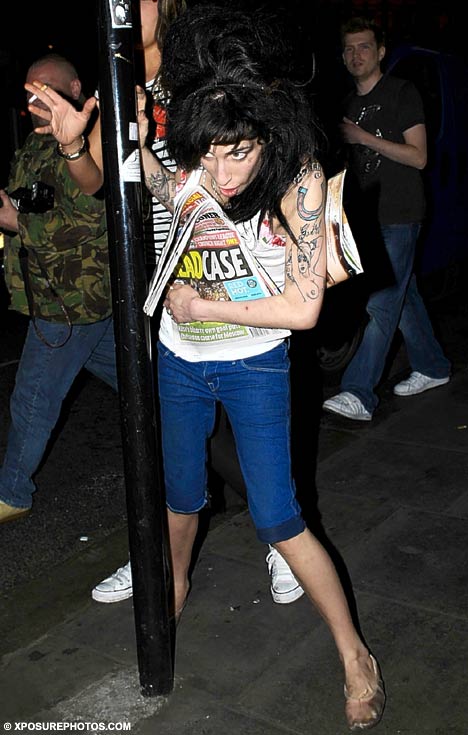 Geez...what a trainwreck. Love how the paper she is carrying says 'Head Case'...is it her on the cover? LOL

She reminds me of one of those poor chimps that have to wear children's clothes and perform in seedy circuses.

I don't think she'll be around much longer. I think she is going right down the tubes in a hand cart.

God,I wish someone would help her. She has soo much talent, it's sad to see her throw it away.

In my own world

I don't understand how you can be that UGLeeee, and be famous. Yes she has a nice voice, sort of, not my taste, but I will give her that. How is she famous and I'm not? Ok how about this one: With that face, shes famous, and she pisses it all away? WTF?
You must log in or register to reply here.
Share:
Reddit Pinterest Tumblr WhatsApp Email Link
Register on TPF! This sidebar then disappears and there are less ads!
Sign Up
Top Bottom