I Pray To God This Is Just Gossip: FED-EX & Jennifer Aniston Together !!! 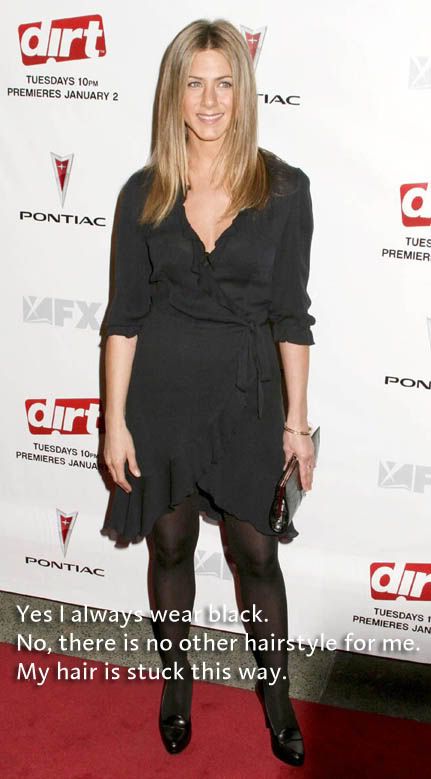 After hanging out with former Friends costars, Jen made for Club Citrus with some gal pals for some laughs and what became a few too many Limoncellos. Jen was first introduced to the high-octane cocktail in Italy by the same guy that sent his pal Danny DeVito to be on The View while he was in a state of mild delirium.​
And what other newly exed celeb happened to be in the same place, slamming a Colt 45 while wearing a too-large-for-his-frame velour sweatsuit? None other than FedEx and his posse, all of whom went nuts when they saw Jen. My sources tell me they spent the rest of the night in a private area, making fun of their exes.​
When the lights of the club finally came on, the two were seen escaping into the shadows through a back door. Citrus owner Peter Chin, always tight-lipped about his mega-star clientele, would neither confirm nor deny the story, then gave me his​
signature wink.​

From Brad Pitt to Vince Vaughn to.......K-FED? She must have been drunk out of her mind to leave with that sad excuse for a human being if it's true
•••

This can't be true, but if by any chance it is true I will have no respect for her anymore.
•••

If this is true then you have to wonder if the world is ending!
•••
T

I am not a huge Jennifer fan but this doesn't sound right. She cannot be3 THAT hard up. Limoncello should be banned if this is what happens!
•••

Nothing at all to do with the topic, for which I apologize, but icechick, the bag in your avatar is a beautiful color!
•••
You must log in or register to reply here.
Register on TPF! This sidebar then disappears and there are less ads!
Sign Up
Top