I was on the Neiman's site at the beginning of March and saw a plain, black, nylon Tory Burch tote for $112. I thought this would be a good bag for work and would hold up on my commute on the train and walking around the city. I thought it was a good deal. I checked out and looked forward to it's arrival.

2 days later, Neiman's sends me a "change to order" email saying due to popular demand, they could not fill the order and was cancelled. I was so bummed!

The next day, they sent an apology email with a 20% off code. I wondered if the code would have any "exclusions". I've had my eye on these Valentinos for some time. I waited a few days and tried to see if I could also catch a break with *********** double rebate day...and today is the day they are doing 8% back instead of 4%. So now I definitely have to pull the trigger on these Rockstud Block Heels!

Hopefully this order won't get cancelled. So besides the 20% coupon, 8% at ***********, I also have a Citibank card and they do something where if I register the purchase they do a search for the next 60 days to see if there was a lower price and credit back the difference. I think I've got all my bases covered! LOL! Thanks for letting me share! 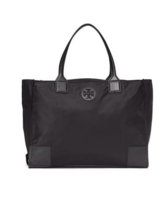 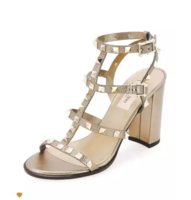 Congrats on your new rockstuds! Post pics of them when ypu get them

YAY!! I love to hear about people scoring deals. Happy for you and the shoes look FAB! Enjoy in the best of health!
Reactions: mssmelanie

I love the color of these. You will be able to wear them with so many things! I know I wear my gold flat sandals all the time!

Thanks everyone! I got my shoes and love them! Pics don't do them justice

. They are the perfect color for me.
Reactions: Sisi12

These look so great on you!! Are they comfortable as well?