Hernia - Surgery or No Surgery?

I have a a year and half old Doxie and we recently found a lump above her tummy so today my BF and I brought her in to the Doc to see what she thought. The Doc says she has a hernia - likely from her spay surgery because it looks like it's where the cut for the surgery began. She said we had two options - both viable

1) Sugery to repair the hernia. Which ofcourse I would rather her not to have surgery just because it pains me to think about taking her in for that. Last time she went in for a spay and I was worried sick!

2) Leave it alone and monitor it everyday to see if changes in size, hardness, etc. She said it could stay this way forever and never affect her. Downside to this is it could get worse say 10 years down the line and she would be too old to operate on.

Have any of you had to make this decision? What did you decide? and others - What would you do?

Here are some pics of my baby - her name is Apple. 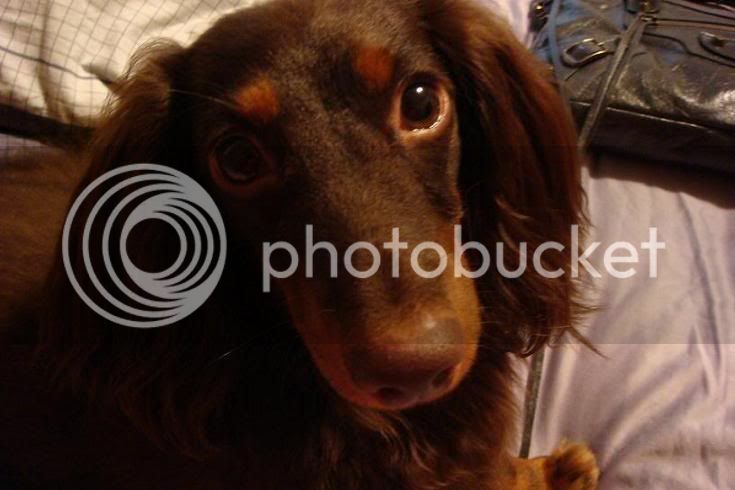 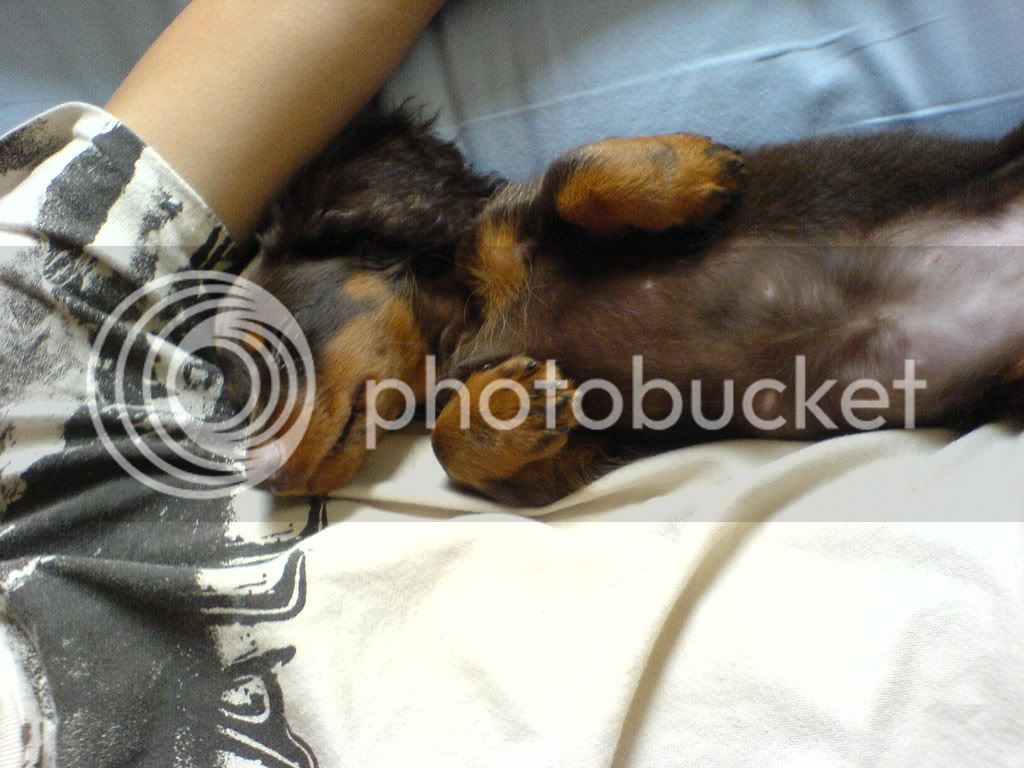 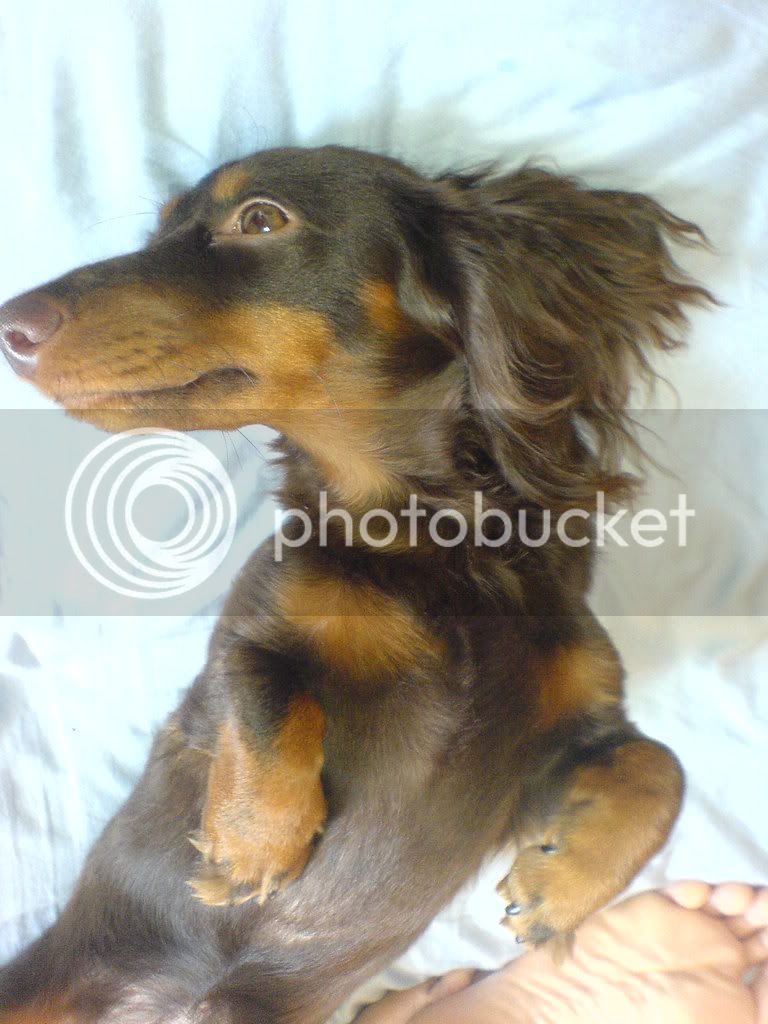 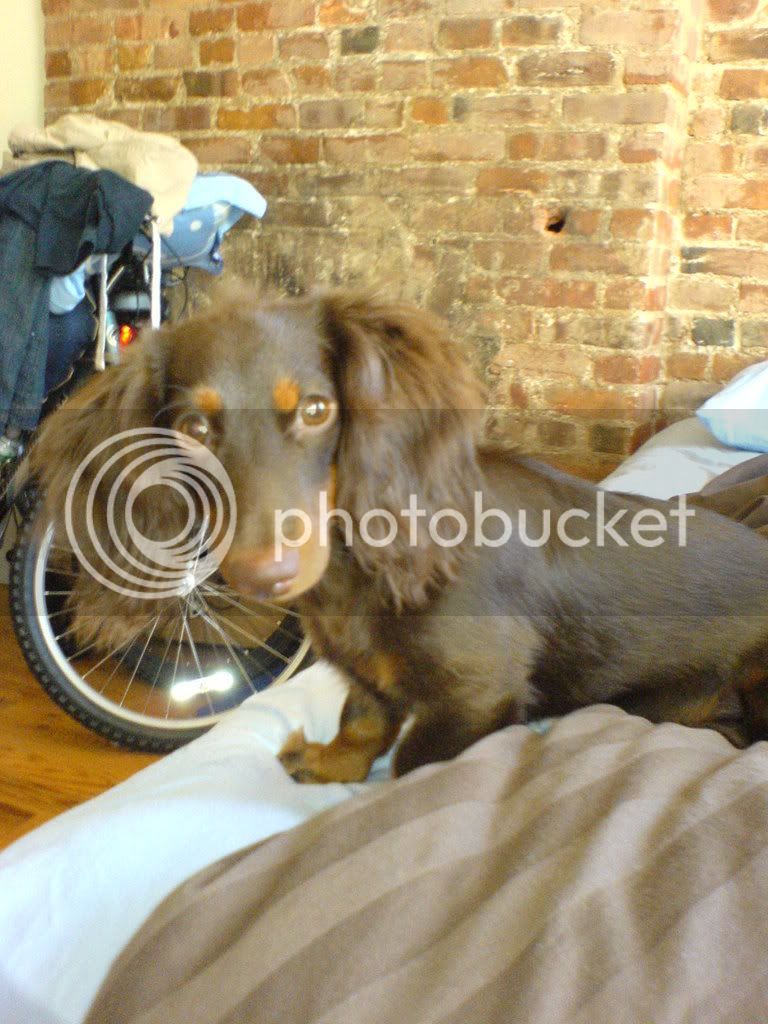 Thanks Cindi. How large is her bubble? Apple's is approx 1cm in diameter.

My dog was born with a hernia, which was fixed when we got him fixed. I would get it fixed, you don't want to be worried about it every day. The surgery really isn't that bad.

I am not sure exactly but it was about the size of a pencil eraser. Also Angel was a much larger dog than yours so maybe surgery would be a good idea. I would look to the vet for guidance.


halona said:
Thanks Cindi. How large is her bubble? Apple's is approx 1cm in diameter.
Click to expand...

actually tonight my BF and I decided to get the surgery done - just in case. the VPI insurance doesn't cover umbilical hernias so that is going to be a big hit. But if she's all better that'll be worth it.

I think getting it done is a good idea. And hey, it's only money. Spending money on your loved pet is a righteous way to spend.

PS look at my avatar!! I'm a fellow doxie mom.

DH just got an English Bulldog puppy over the weekend. When we were deciding on one we noticed the stitches and the breeder told us that he was born with a hernia and he took the stitches out and everything is fine and dandy now!

Irishgal - your doxies are adorable!! we want to get a 2nd doxie so Apple has a bro or sis but I just don't think we have time for another dog!!

Iluvmyhusband - thanks for your story. congrats on your new pup!! my bf LOOVES english bulldogs

I would go ahead with the surgery too, otherwise I would be living in fear of it getting hit, or hurt or getting worse. Good luck and let us know how it goes. By the way Apple is adorable!!!!
You must log in or register to reply here.
Share:
Reddit Pinterest Tumblr WhatsApp Email Link
Register on TPF! This sidebar then disappears and there are less ads!
Sign Up
Top Bottom