Haha !! Vicky B, Punks The Paparazzi !

Victoria Beckham and her reality show film crew pulled a fast one on the paparazzi today. After leading the paps through the streets of Los Angeles, her tinted out black SUV pulled over in West Hollywood and when all the paps had assembled to snap the former spice girl as she exited the vehicle, her security and reality show crew pulled out a blowup doll version of her.

Well played Posh, well played. One thing though, Victoria better keep an eye on husband David with these rubber versions of herself available. Not only is this doll smiling I bet its breasts feel more real.

hahaha, that doll actually DOES look alot like her!

Hahahaha good for her. I would have loved to see the photogs reaction when they pulled out the doll, priceless.

very witty of her!

It's nice to see her "playing" with the PAP!!

hahaha. thats a good one

at last someone got even with the pap! 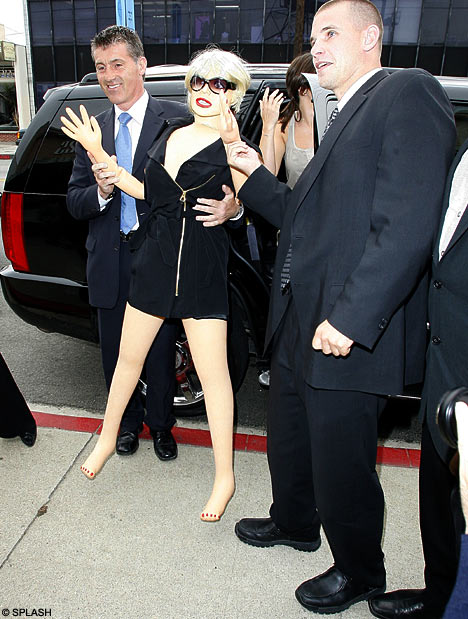