So I posted some of this within another thread, but thought it warranted it's own post. I know that there's been a lot of questions about Gustto bags, and Baca's in particular. I spoke to Gustto today, and think I found the answer to some of those questions.

I recd my Blue Baca today (the one I got on ebay for $225). When I got the bag, my heart sank and thought for sure I got another fake bag. The inner zipper was yellow, with no trim around the pocket, and the label inside the bag was paper thin. In addition, the leather didn't feel anything like other Baca's I have seen and it was missing that yummy leather smell.

So I called Gustto and here's what they told me:

When Gustto bags first came out, they were made by another manufacturer - one Gustto no longer uses. Many of the very early (or first-run) Baca's were extremely different from the ones made today. The inner zippers were plastic and a yellow color totally unrelated to the lining color or the color of the bag. The label inside the bag and all the leather "pieces" used on the bags were much thinner than the ones Gustto uses now on ALL of their bags. Those labels were paper thin. She also said the overall quality of the bag was different back then.

She said that since they changed manufacturers, many of the details were changed, as well as how the bags were made. I'm guessing that they either use a different kind of leather now, or a much better quality leather. She said that the blue bag is an authentic Baca, just one of the very first ones and that I'll find some very big differences between that bag and the ones they sell now. Since I explained that I just wanted to give the bag a test-run to make sure the size & shape would work for me, she said that hasn't changed. The old Baca's are the same size as the newer ones.

So there you have it - yellow plastic zippers WERE used by Gustto. They now use gold zippers and most pockets are trimmed with some kind of leather. The labels and leather pieces on the bags now are much thicker and the leather of the originals was different (judging from the blue bag I bought, it's not as thick or soft as the ones today are - the leather is soft - but not like the ones I've seen in stores now)
•••

Can some of you who own an auth Gustto post some pics within this thread? Maybe we can figure out which bags/colors/styles have which zippers and features.

This is the inner zipper pocket of my blue bag - which according to Gustto, is one of the very first Baca bags (I'll post a pic of my caramel setela tomorrow). I'm curious to see how the bags have changed, and if certain features apply to certain colors and/or styles.

Oh yea - I forgot about this: My tag inside the bag says HECHO EN MEXICO, which I assume is MADE IN MEXICO in Spanish. Anyone else's bag have a tag like this?

Ok, so the earlier posting was very informative about the fist Baca bags. Does anybody know if the fist Baca bags or earlier ones were manufactured without the designer's name inscribed on all the hardware/gold tone buttons? I noticed recent collections have that on all their hardware but I juts got one on Ebay that looks very authentica and it fits a lot of the characteristics described below except for the incsription on the gold tone buttons. Someone, let me know.
•••

I just sold mine, but here it is:

Here's my Big Baca in dark navy. The lining is the newer tan cotton.

BigG said:
Ok, so the earlier posting was very informative about the fist Baca bags. Does anybody know if the fist Baca bags or earlier ones were manufactured without the designer's name inscribed on all the hardware/gold tone buttons? I noticed recent collections have that on all their hardware but I juts got one on Ebay that looks very authentica and it fits a lot of the characteristics described below except for the incsription on the gold tone buttons. Someone, let me know.
Click to expand...

One of my friends had a Baca without Gustto on the hardware but hers was a sample purchased at one of their sample sales.
•••

Well I have a large Baca in caramel (I think, not quite sure of the color name)

It has the same yellow inside lining and plastic zipper as yours...very soft leather. In fact I was told by a PF gal that collects Baca's that the made in Mexico ones have much softer and smooshier leather than the made in China ones. Mine is very soft and smooshy.
•••

this thread has peeked my interest. i purchased my large baca at nordstroms (full retail) back in fall of 06. i assumed i had an 'older style' but my zipper is not plastic and it looks quite different than the ones posted here.

ETA: i do have the name on all the gold hardware. i also have a bright mustard lining but w/o gustto printed on it, just plain.
Last edited: Feb 21, 2009
•••

I "think" the second bag may be the big Baca. It doesn't look like that shape really. I don't know how they got it to look like that, they must have it stuffed funny?
•••

tonij2000 said:
I "think" the second bag may be the big Baca. It doesn't look like that shape really. I don't know how they got it to look like that, they must have it stuffed funny?
Click to expand...

Thanks again! Is it more of a rounder shape like the first one?
•••

I've just purchased this bag, and it is on the way. It says that it has the yellow logo lining in the description. I do wonder if this is one of the older bags that are stiffer or not as good quality or less luxurious as the newer bacas?

You can check bagborrowsteal.com...you can rent or buy it as well...good luck-

Is there anything new going on about the baca??
•••

I've had my bacas for several years so they have the older lining. 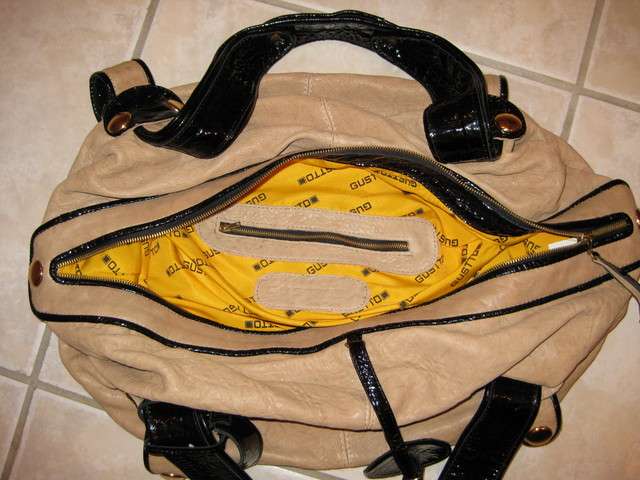 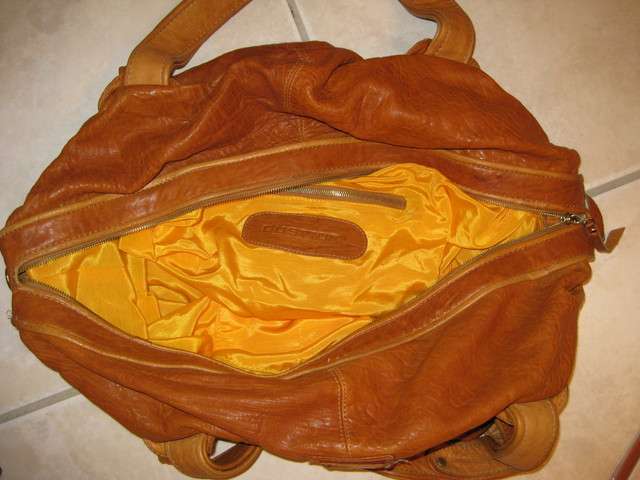 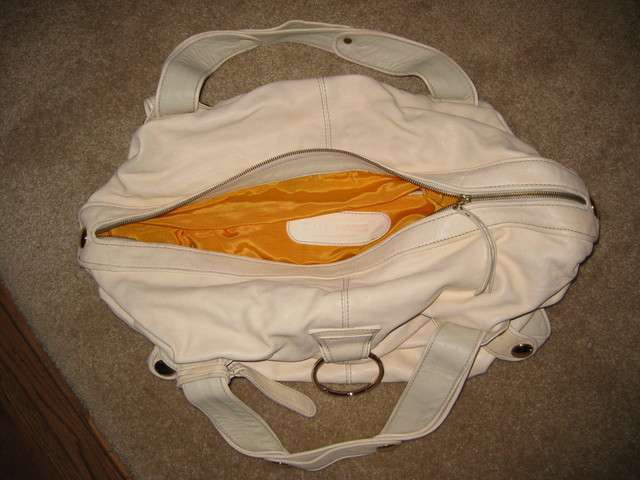