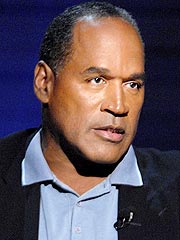 Judith Regan, the controversial publisher who drew fire for her plan to publish O.J. Simpson's hypothetical murder confession If I Did It, was fired Friday from her parent company  and the family of Ronald Goldman tells PEOPLE that she got what she deserved.

"Judith Regan's employment with HarperCollins has been terminated effective immediately," Jane Friedman, CEO of publishing company HarperCollins, said in a statement obtained by the Associated Press. "The REGAN publishing program and staff will continue as part of the HarperCollins General Books Group."

It is unclear whether Friday's announcement ends Regan's tenure at Rupert Murdoch's News Corp., the parent company of HarperCollins and also the FOX network, which had planned to air Regan's taped TV interview with Simpson. In the interview, Simpson was to discuss how he would have hypothetically committed the murders of ex-wife Nicole Brown Simpson and her friend Ronald Goldman.

The network ultimately nixed it following a public outcry.

The family of Goldman had no kind words for Regan following news of her firing on Friday. "People who don't do nice things ultimately pay the price, and in the case of Judith Regan  done deal," Goldman's father, Fred Goldman, tells PEOPLE.

Added sister Kim Goldman: "I suppose that's what happens when you make poor decisions. My father and I have no remorse over Regan losing her job."

There was no immediate comment from Regan following Friday's announcement.

No publishing company in their right mind should've accepted that horrible book! The fact that she did just showed her lack of ethics and morals!
•••

she got exactly what she deserved for such a disgusting, horrifying, egregious grab for cash and publicity.
•••
You must log in or register to reply here.
Register on TPF! This sidebar then disappears and there are less ads!
Sign Up
Top