I've just finished up all my holiday shopping thanks to NM and Saks and their free 3-day shipping!

But, I have no idea what to get my nephew. If anybody has any suggestions at all I would be most grateful. He's sixteen, very quiet, doesn't drive yet, and isn't particularly interested in computers or sports. I'm at a loss. Is there some clothing line that teenagers are wearing this year that is "in"? Would a nice leather jacket be a possibility? Is there something else? Price isn't a constraint.....I just want to get him something that shows him how much I love him.

Does he play video games or like a particular tv show that you could buy him a season on DVD? If not, I think a giftcard, like one of those visa ones is a great gift, because then he can get whatever he wants! good luck!
•••

if he has a playstation 2, get him one of the guitar hero games. it comes with a controller that's almost as large as a regular sized guitar and you hold it like one and play along to famous guitar riffs on the game with varying levels of difficulty. it's one of those video games that almost everyone loves - girls, boys, young, old. because every has wanted to be a rock star at some point.

if you don't mind splurging and he doesn't have a ps2, they've come down in price some since the ps3 has come out. a system and one of the guitar hero games would be about $200
•••
P

Hi Leelee, what are his interests? Do you think he'd be interested in a limescreen t-shirt? Also please check out Etsy - they have some cool stuff.

Can't post pics now as my mouse is misbehaving.

You could get him a PSP its portable he can take it with him whereever he goes. What type of clothes does he like to where? Maybe i can suggest something?
•••

Yes, all the boys love PSP, Xbox 360. Maybe a digital camera, giftcards. Now a days, boys have a "style" and that really depends on where he shops, ipod...
•••

Speaking from retail (and register) experience, those Visa gift cards are evil. They won't tell you your balance, they'll add so many charges . . . it's not worth it.


But not to completely stomp all over purplekitty's idea (which I totally didn't mean to do, by the way), get him an American Express Gift Cheque. They're easier to deal with, both for him and for the associate ringing up his purchase.
•••

caitlin1214 said:
Speaking from retail (and register) experience, those Visa gift cards are evil. They won't tell you your balance, they'll add so many charges . . . it's not worth it.


But not to completely stomp all over purplekitty's idea (which I totally didn't mean to do, by the way), get him an American Express Gift Cheque. They're easier to deal with, both for him and for the associate ringing up his purchase.
Click to expand...


Oh, we get those all the time and love them....balance is easy to get online...you can register it making it safer, too.

Never had one associate who had problems ringing it, just runs like a visa.

The brand we use is on www.onegreatgiftcard.com
•••

Woohoo. I'm a 17yr old guy..and I would love to receive a nice game console or a nice bag/wallet too. You can always get guys (below 18) a nice wallet that doesn't stand out too much (read: LV monogram or Gucci monogram). A watch would be nice too. Of course, a watch that isn't diamond encrusted or anything, eh?
•••

Thanks a million everybody for your suggestions! I feel like I'm getting a handle on this now. Since your ideas were so helpful I think I may get him several of the things you listed. He's a great guy!
•••

Never met a guy teenager who didn't love music - of some kind!
•••
G

Do you live close to him to have a day out with him? My neighbor's sister does that with her teenage son (nephew). She does breakfast, then shopping, usually a play or concert and then a really nice dinner. She has also done a few hours at a indoor skateboard park and bought him his first skateboard last year along with some skateboard brand clothing. This started when he was about 5. He now looks forward to this once a year special day and now that he is older (17) his aunt lets him plan it. From what her son has told me this spring he wants to hit a few museums in NYC and see a play. Maybe lessons for something, guitar, horseback riding?
My sister enjoys taking my son to local cultural events. They have even had some nice things at the community college that he loved.

The teenagers I know like the following clothing stores:
Aeropostale
Abercrombie
Hollister

Good luck, you sound like a wonderful aunt and I am sure your nephew enjoys the love you give him.
••• 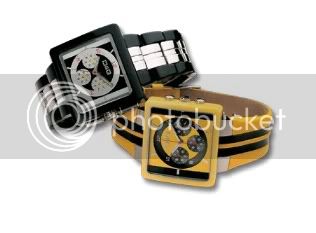