George helps with some overdue reveals!

There once was a monkey named George. He was a very good monkey, but he was always very curious. One day, he saw a little brown bag sitting on the couch. The lady who lives in the house told him not to mess with it. 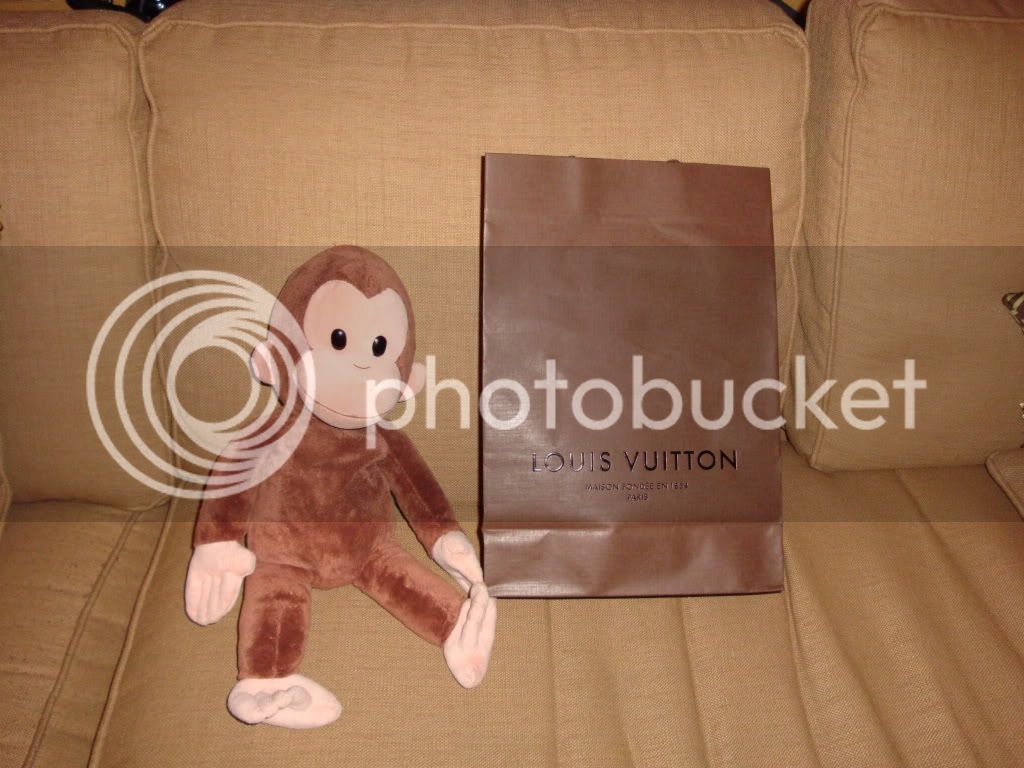 "What could possibly be in a little brown bag?" George thought to himself. He wouldn't mess it up if he simply took out what was inside the bag, would he? 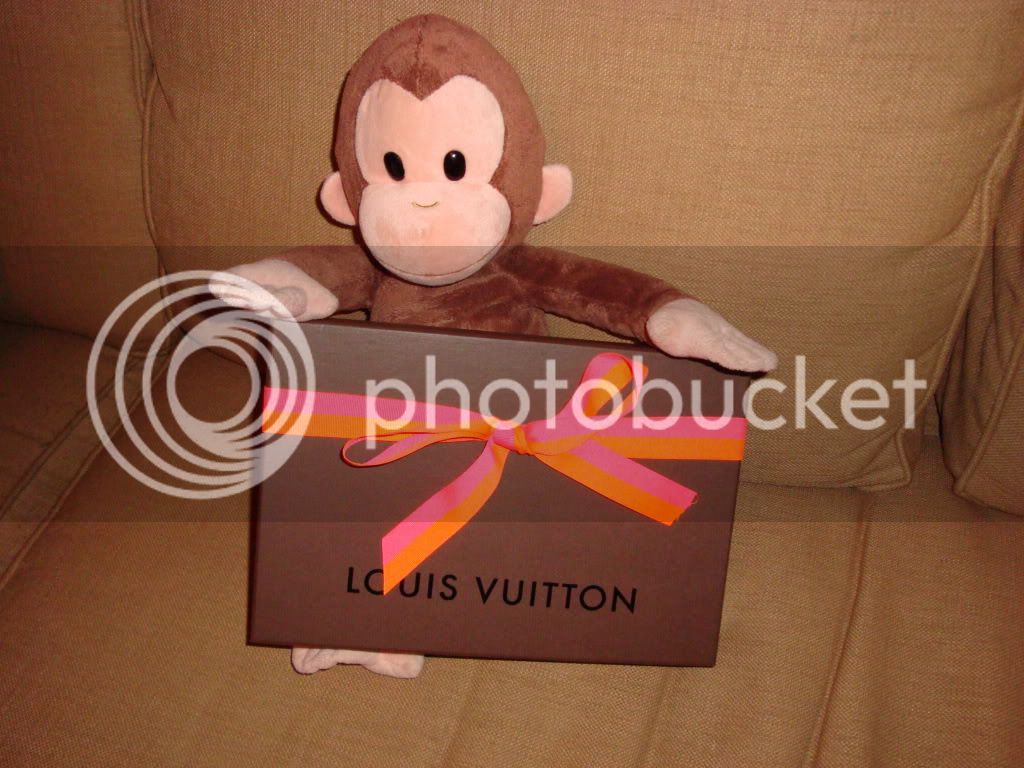 Seeing the brown box with the pretty bow made George curious to see what was inside! He doubted bananas were in the box since the box was too small. He just had to have a peek. 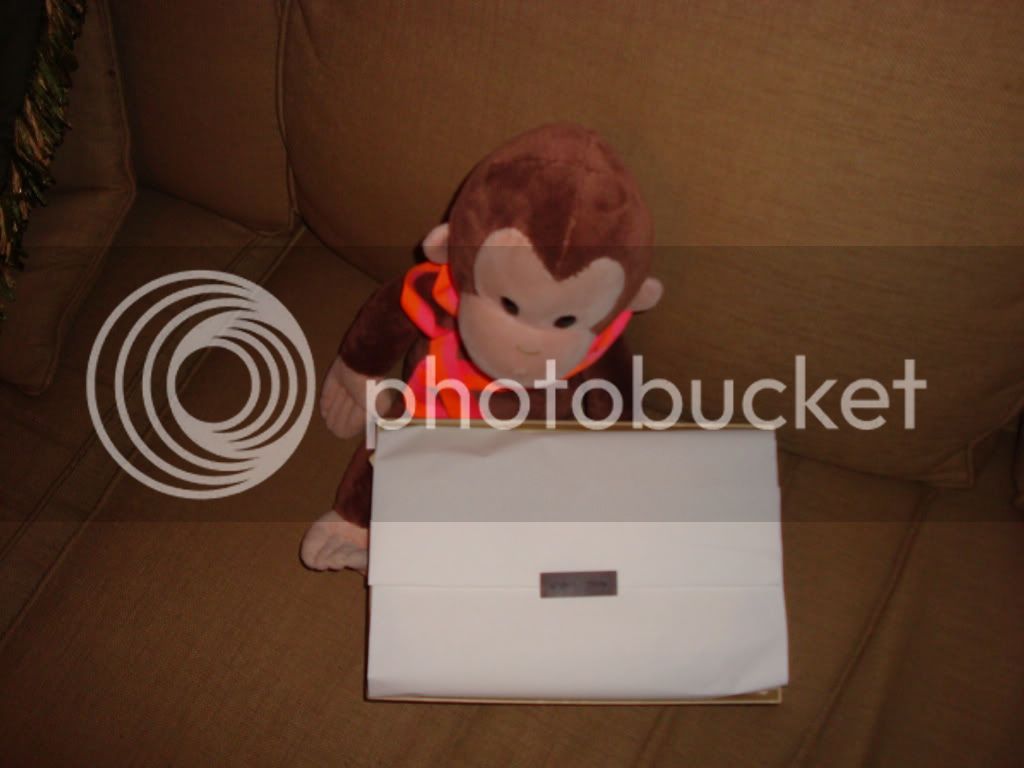 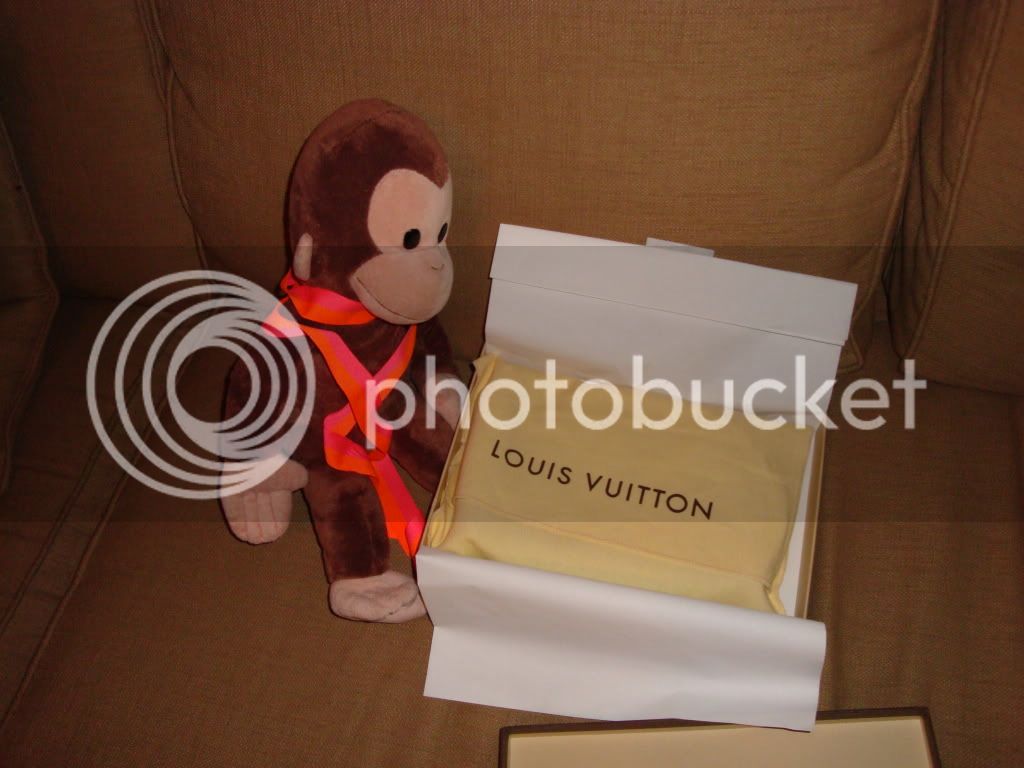 After fashioning a lovely scarf for himself, George had to find out what was in the soft yellow bag with funny drawings on it. He knew the lady with the yellow had said not to mess with anything and since he was being so neat with everything, he couldn't possibly be messing with anything.

"How peculiar," thought George of the funny string he pulled out of the bag. 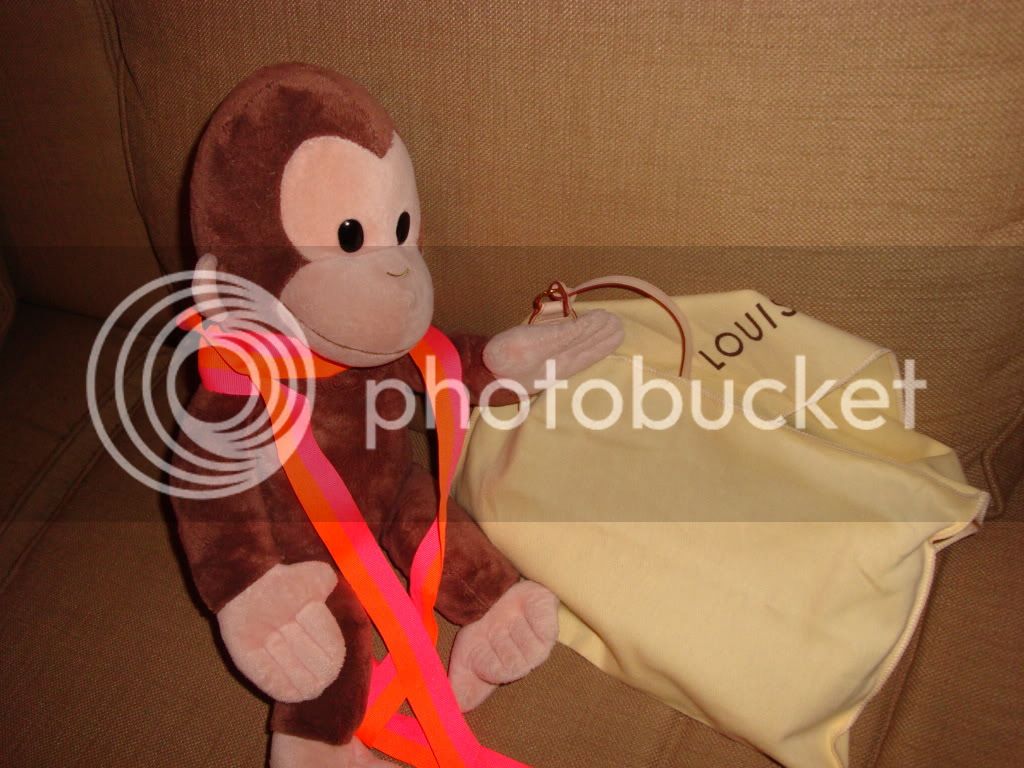 He found that the funny string was attached to a pouch with a zipper! Now he could go to the store and buy bananas! 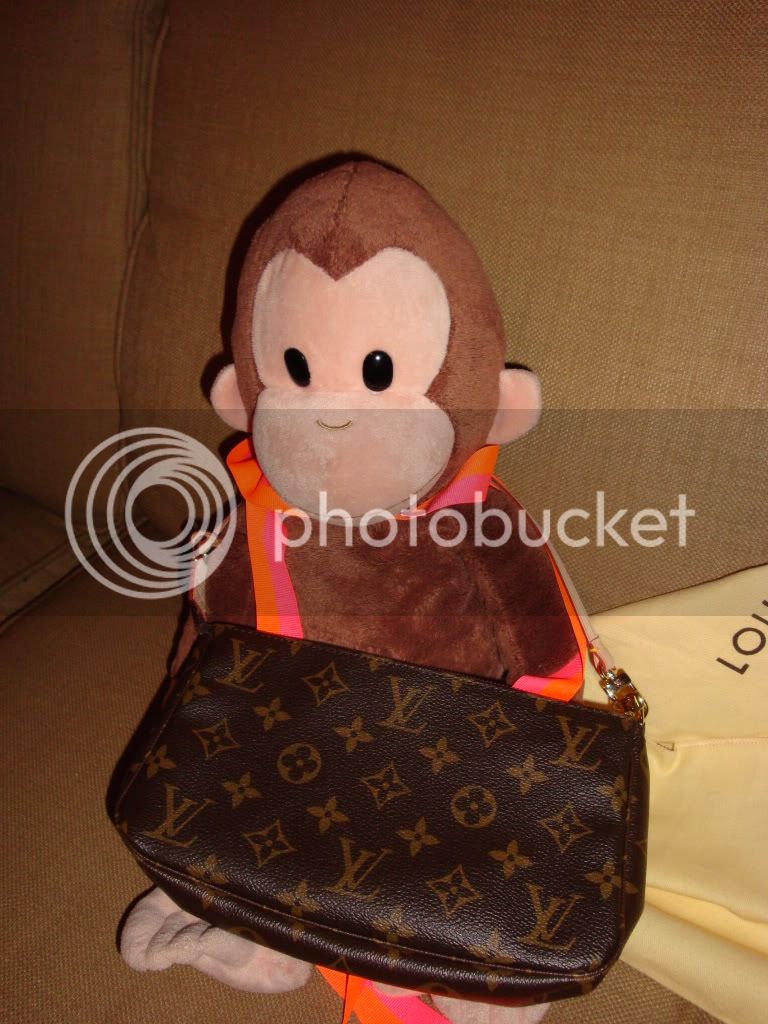 Of course George's curiosity wouldn't end there. Not when a big brown box with funny stickers arrived at the house where the lady with the big yellow hat lives. 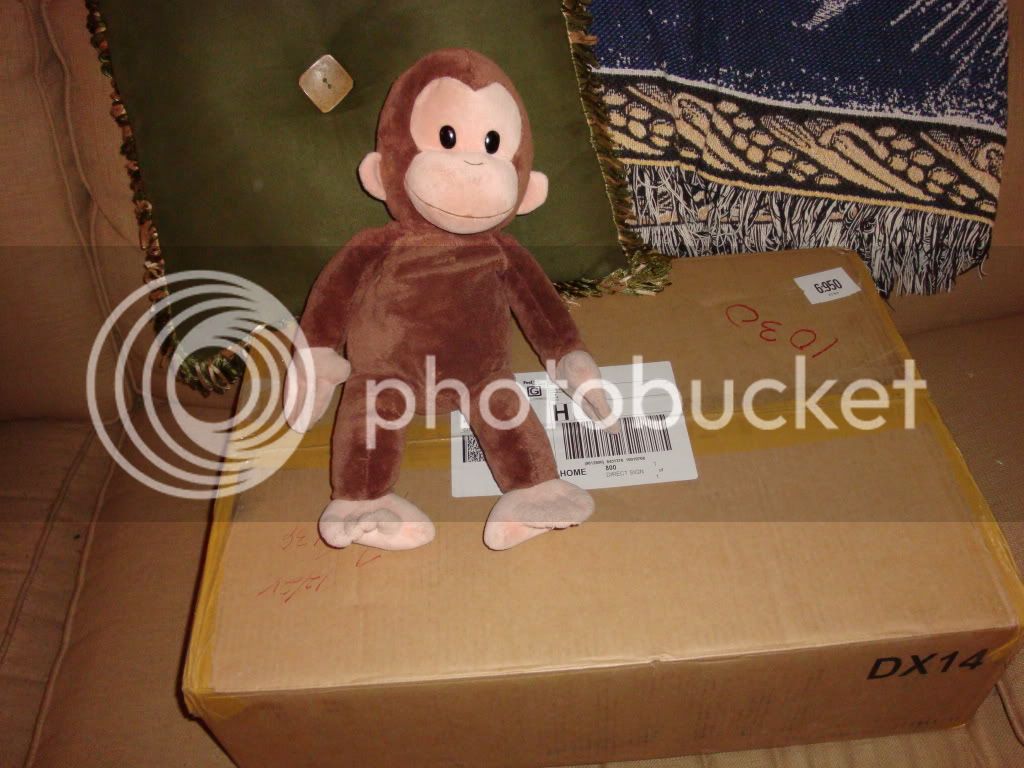 He just had to see what was inside. 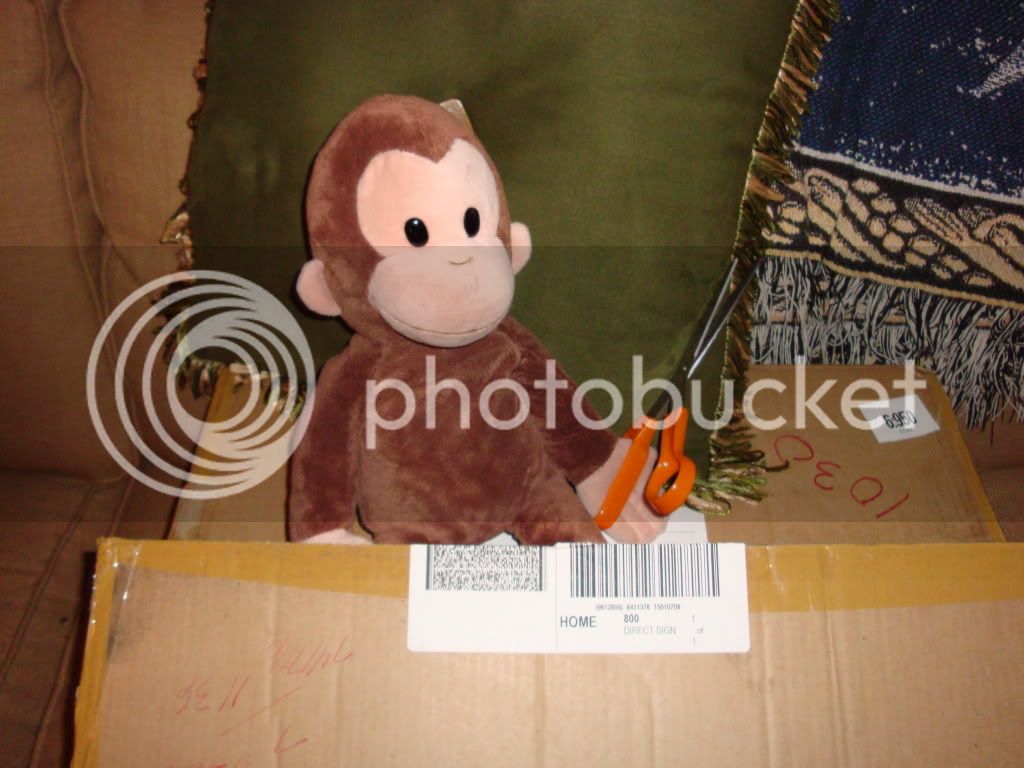 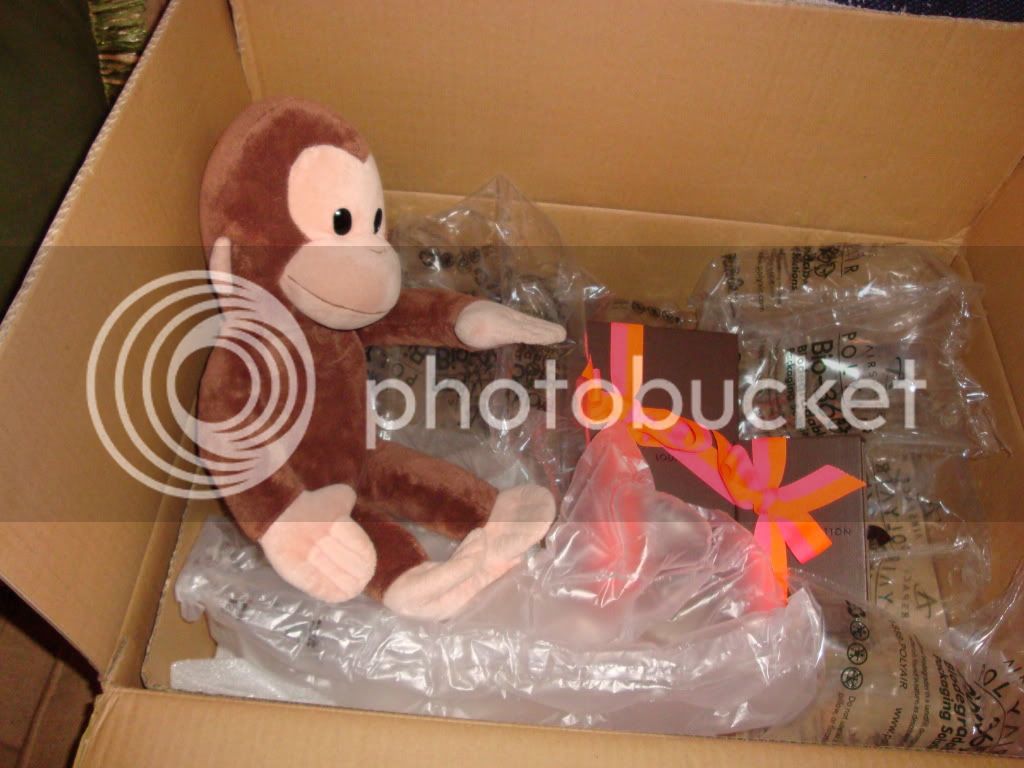 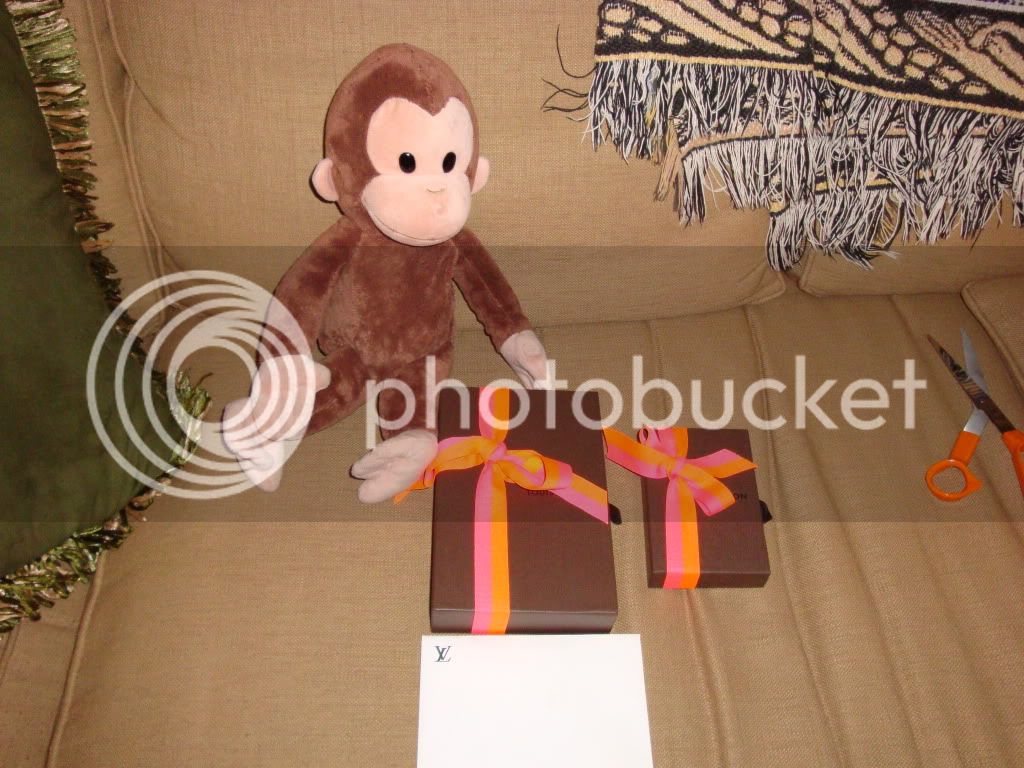 He decided to make a tube top and a headband. Surely the lady with the big yellow hat bought these for him! 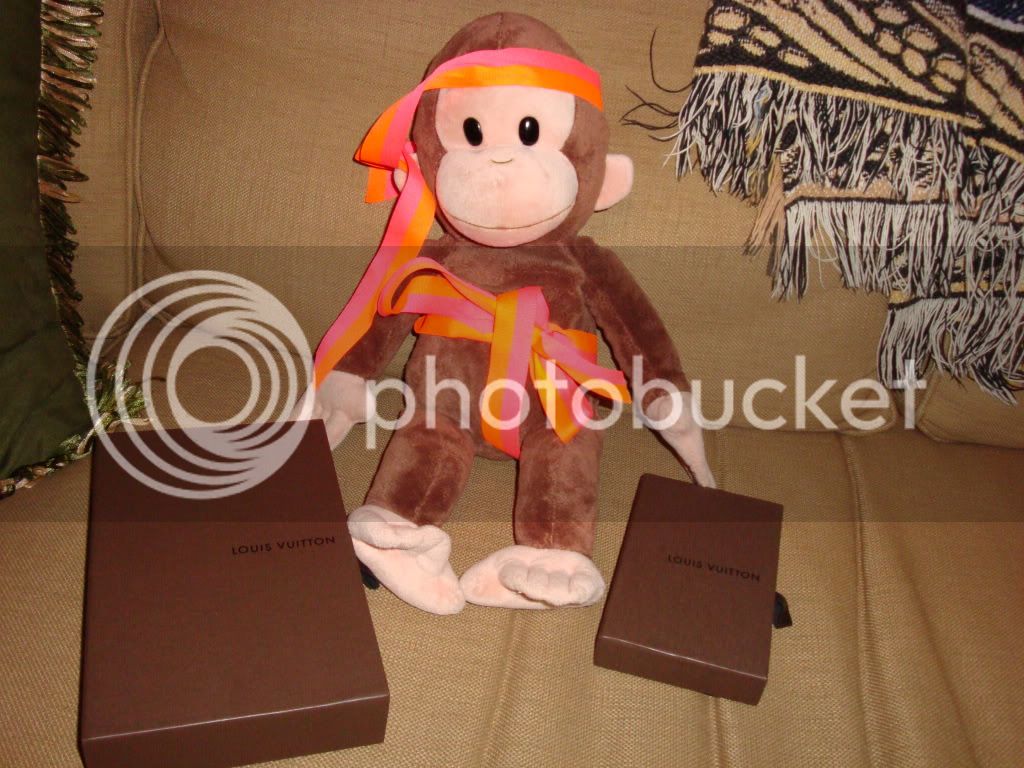 George, being a curious monkey, just had to see what was inside these little brown boxes. There were more of those soft yellow things with funny drawings. 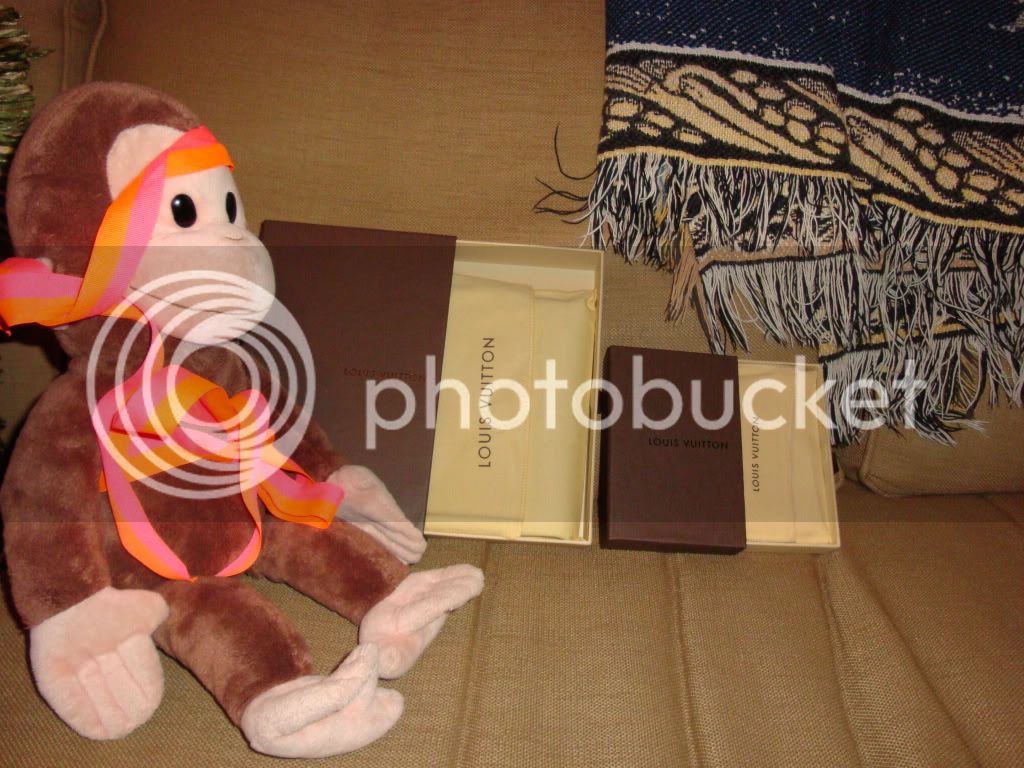 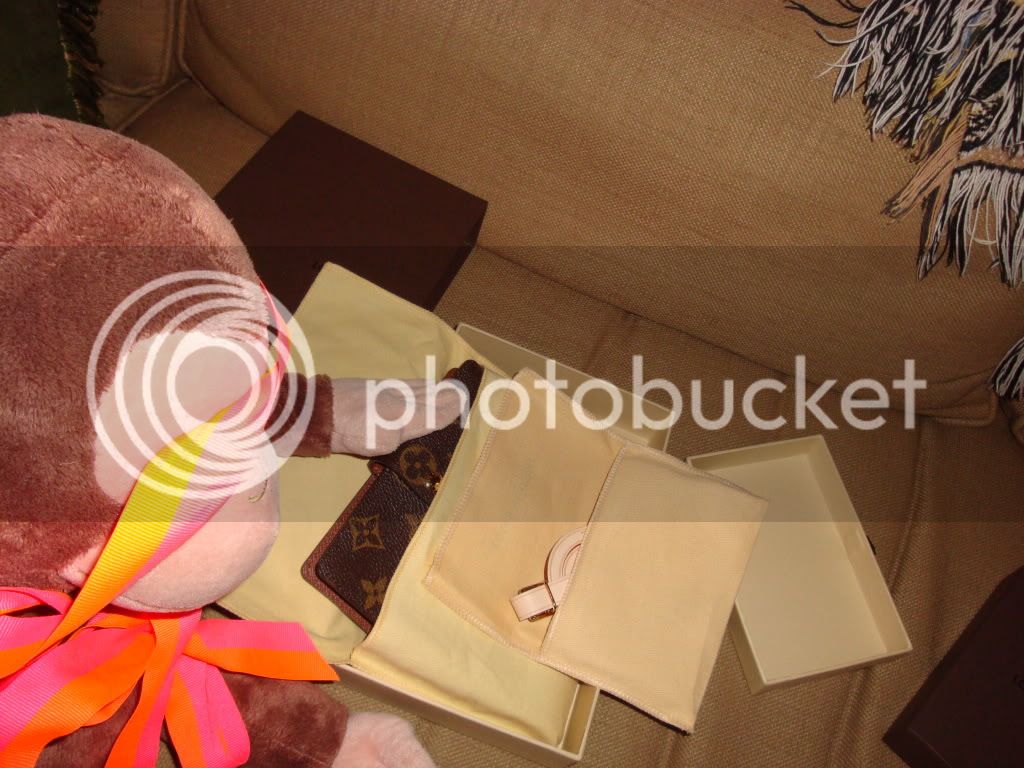 Not precisely sure what these things were that were in the soft yellow bags with funny drawings, George took them out to examine them. 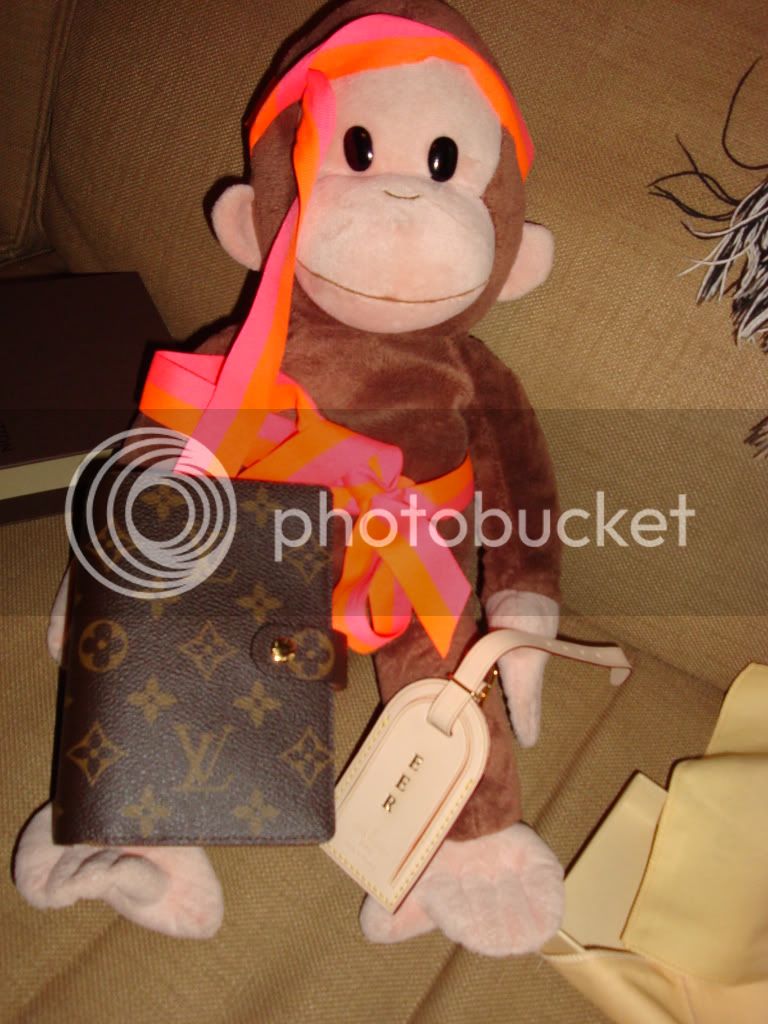 They both had funny gold drawings on them. He also thought it was so peculiar that the lady with the big yellow had bought a book with no pages in it! He decided he would have to check on her and make sure she is feeling alright!

George couldn't resist climbing into the bag. It was such a big bag he could not resist. After all, climbing wasn't messing with anything. 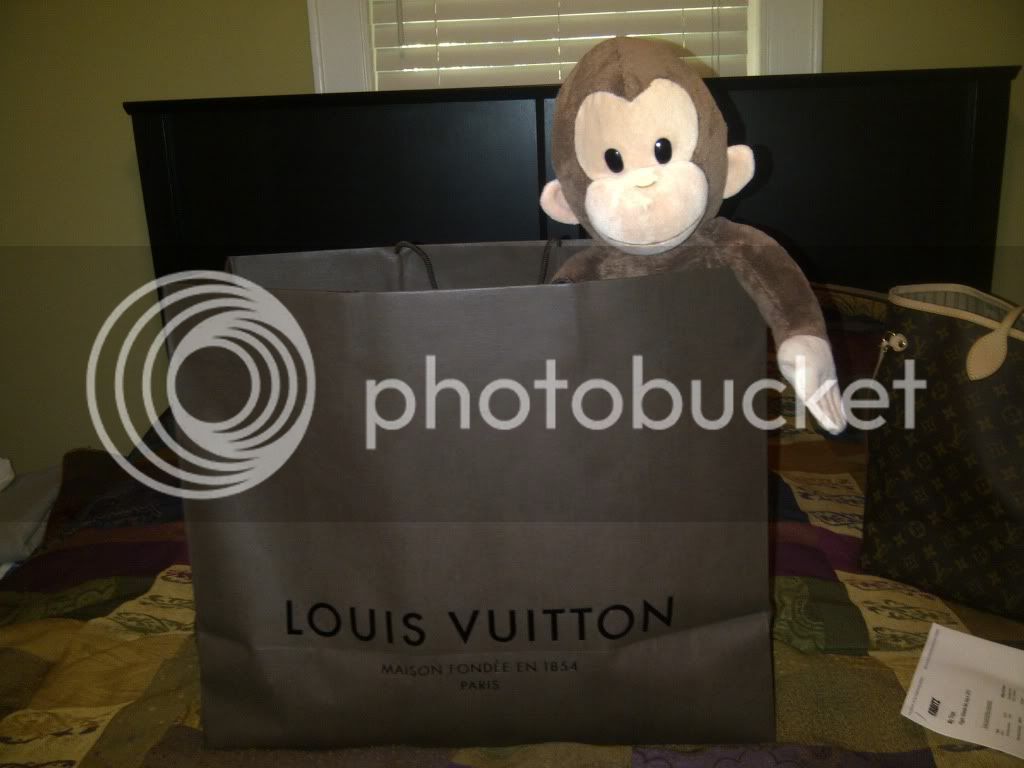 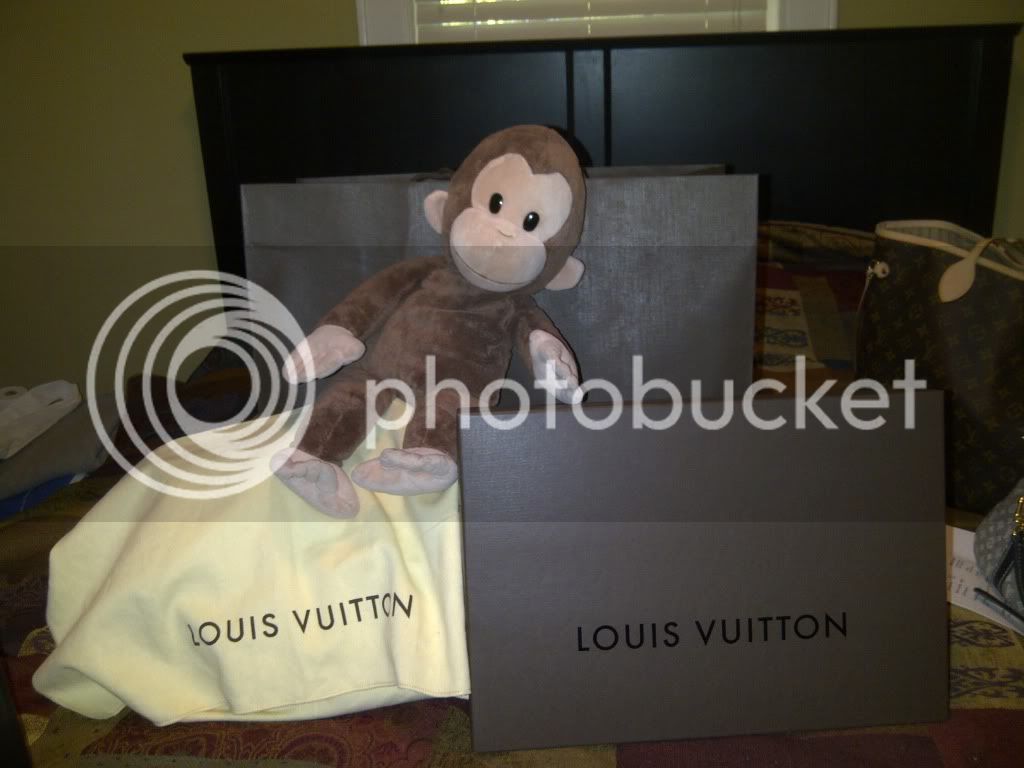 George wondered what could be in the big brown box. He was surprised not to find one of those soft yellow bags inside it but rather some white crispy paper. Maybe there are bananas underneath? 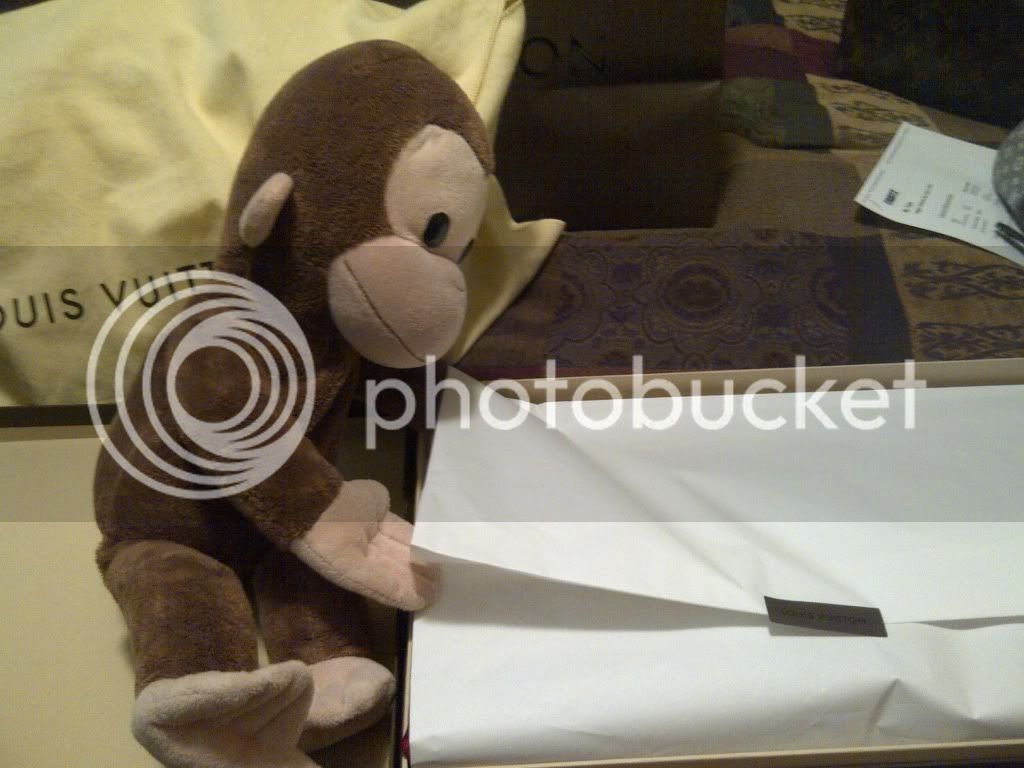 "Darn," George thought as he saw that there were no bananas underneath the white crispy paper. Apparently the lady had bought him a blanket! 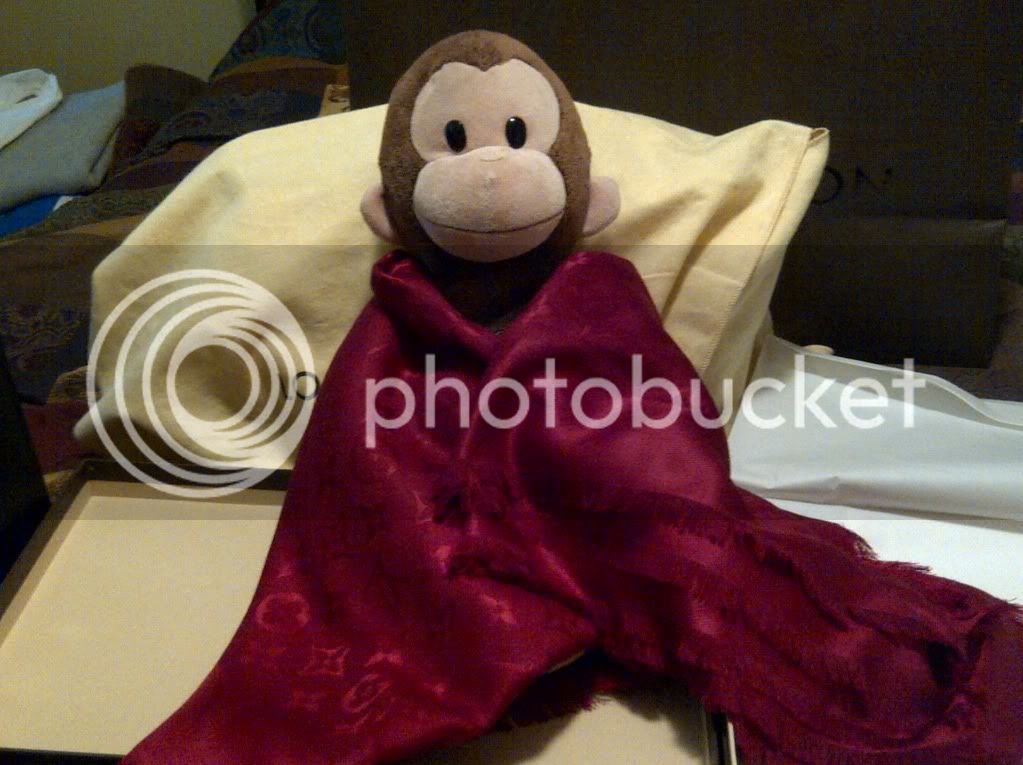 Loved your reveal, congrats on the goodies!
•••

Now what could be in the soft yellow bag that the lady who wears the big yellow hat always seems to bring home? Surely he could take a peek. 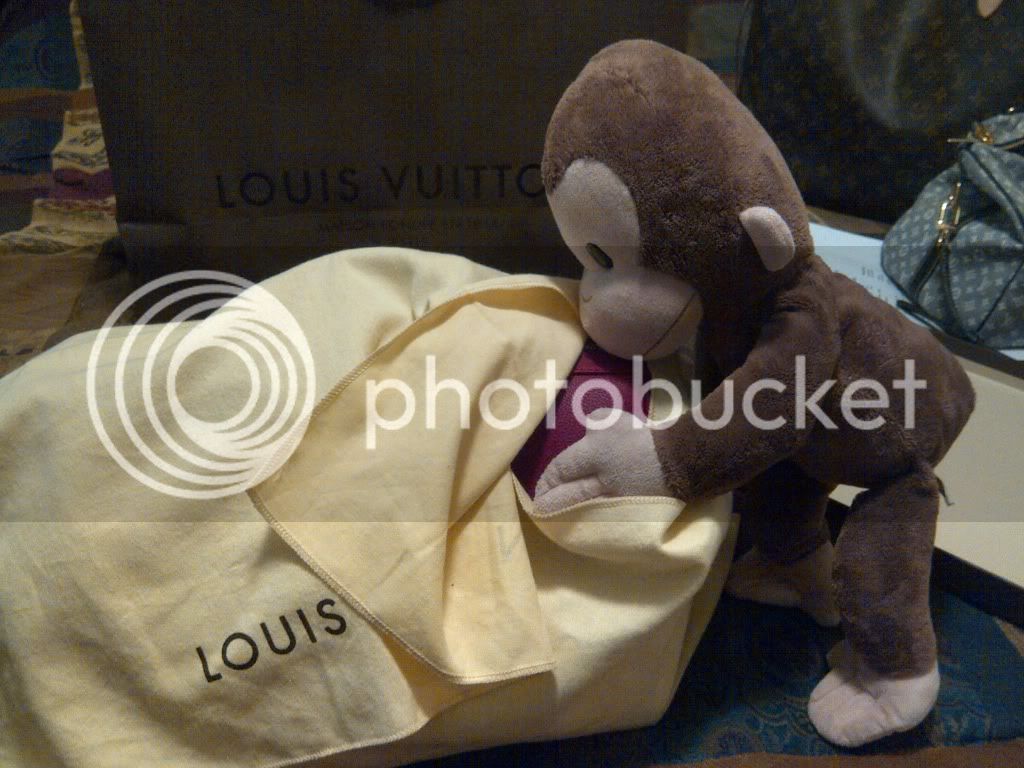 "Yay! The lady who wears the big yellow hat and lives in the house bought a monkey carrier!" George thought with delight. This would be perfect for trips to the store to buy bananas! 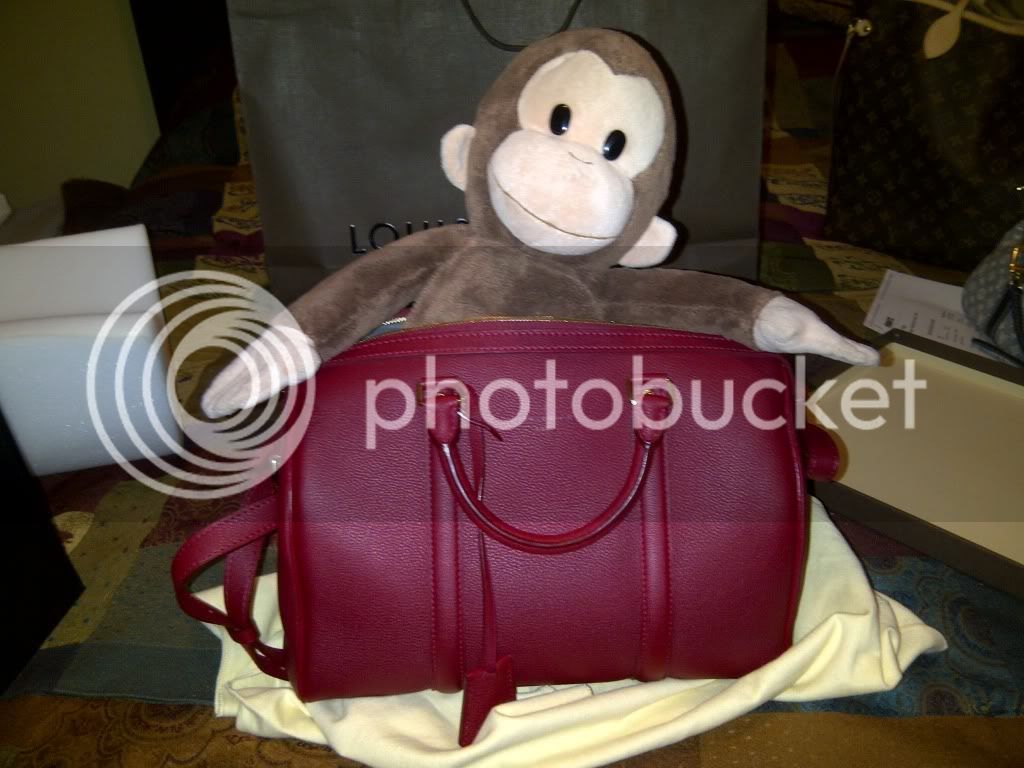 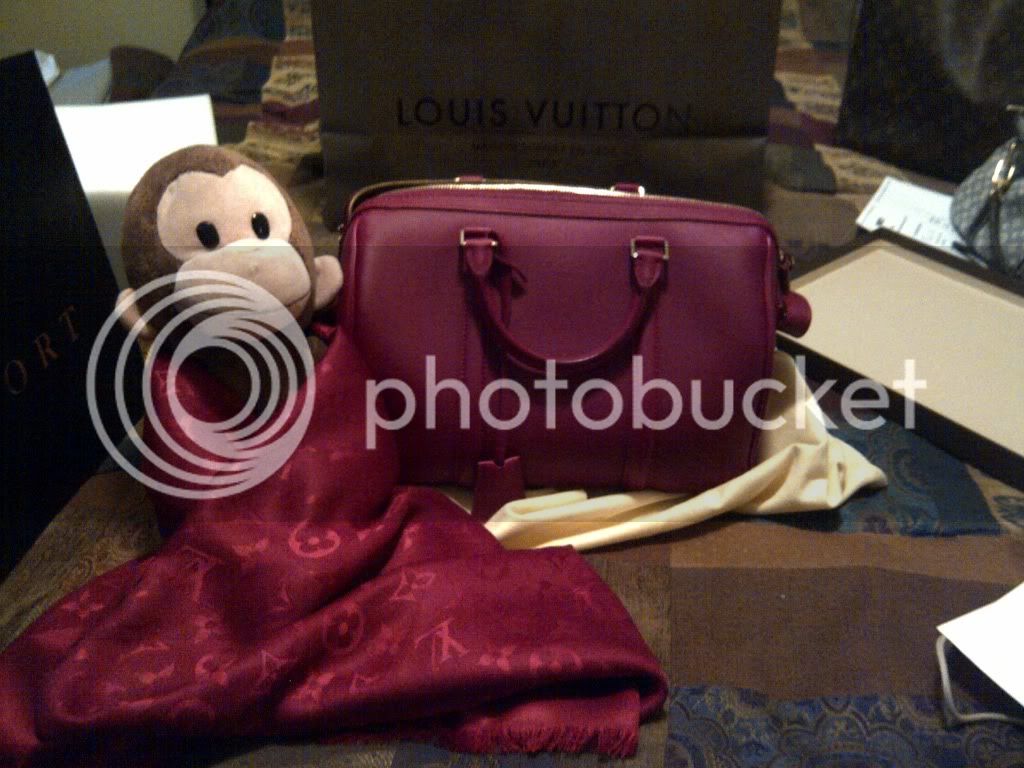 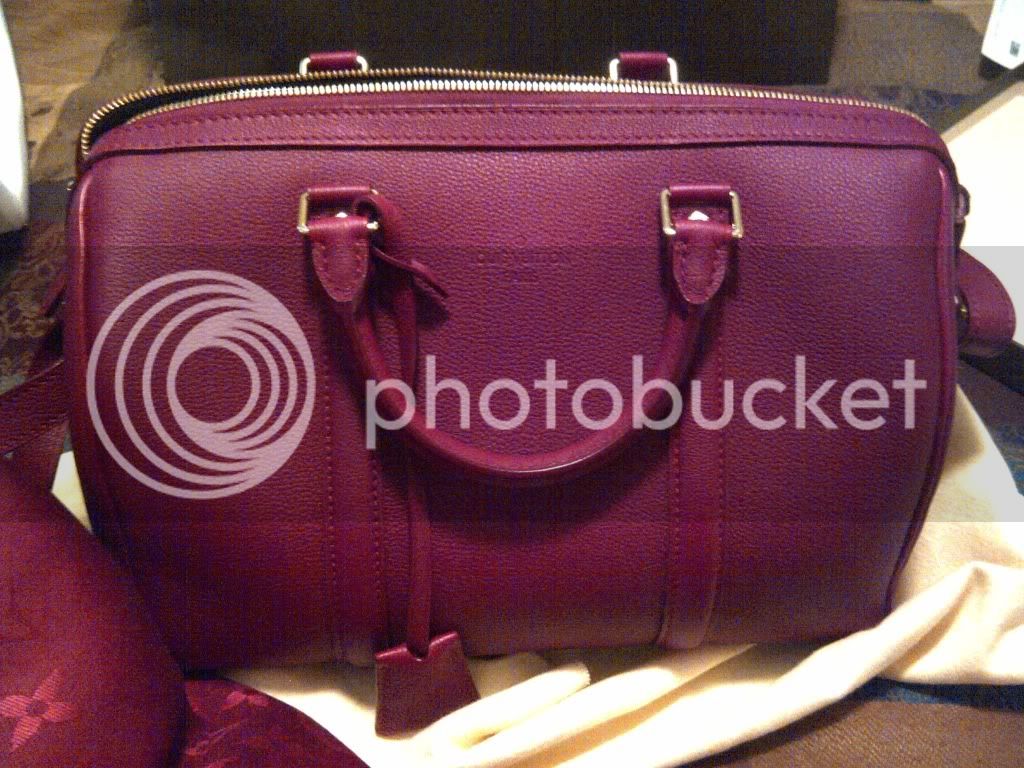 Thanks for tuning into my reveal with my super duper helper, George!!!


I couldn't resist taking my new baby to work and just had to take a picture of her. This captures the color better (my bberry camera takes the worst pictures). It isn't as dark of a red as it is in the George pictures. 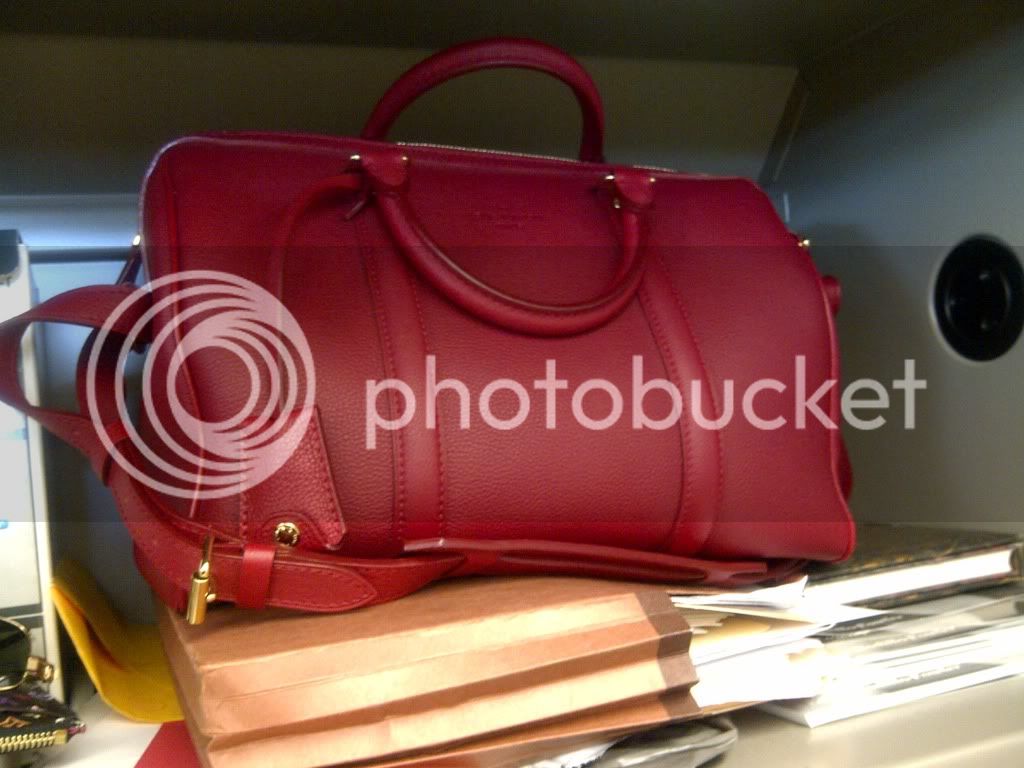 Here's a pic of the SC PM at the store. I really wish my bberry could capture this color better! 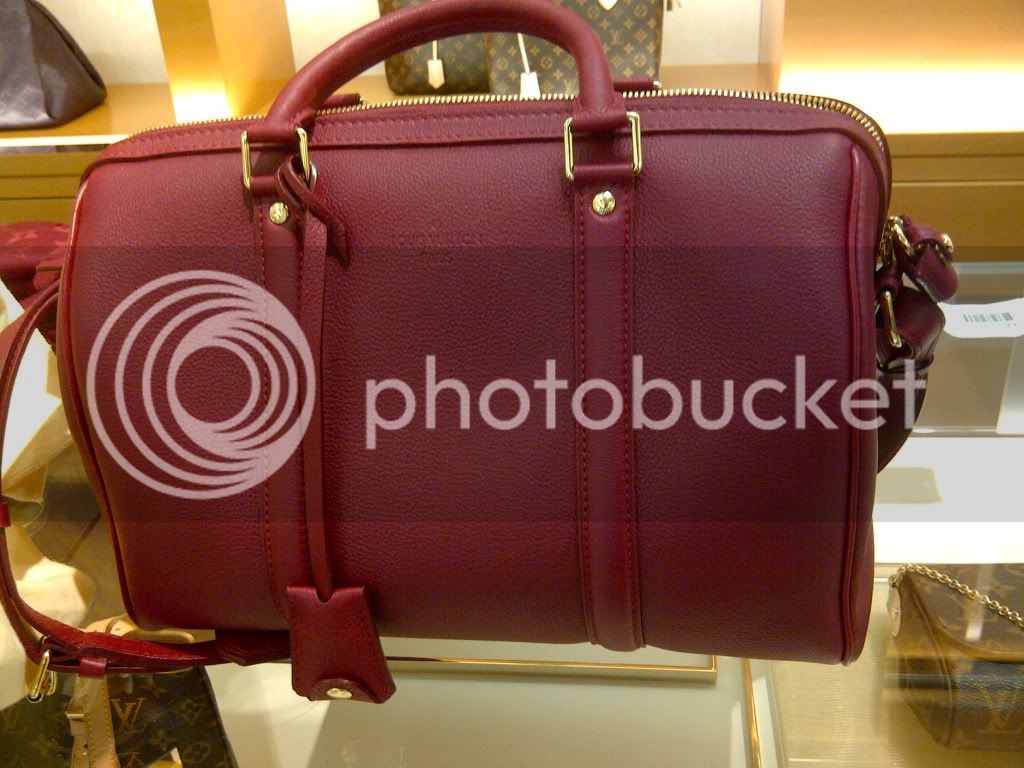