* Yes. I ripped the title from a movie. Lol. I always have hard time thinking of the words to put it in that box, I thought why not just rip it.

I've been somewhat busy past week, most of them spent at four casinos in Vegas. (Hence the title, of course.) Don't ask me about how much I won or lost though because I LOST and reminding myself how much is too painful.

ush: We shall just focus on my other fave Vegas activity, shopping!

After long flight from NYC and checking in, I dragged my weary body to Bellagio to check out their Chanel boutique. I was a bit disappointed that they didn't have many spring items to check out. But it was of course great that they still had few things left on sale. Not many selections left, yet just enough for me to pick out two I liked. 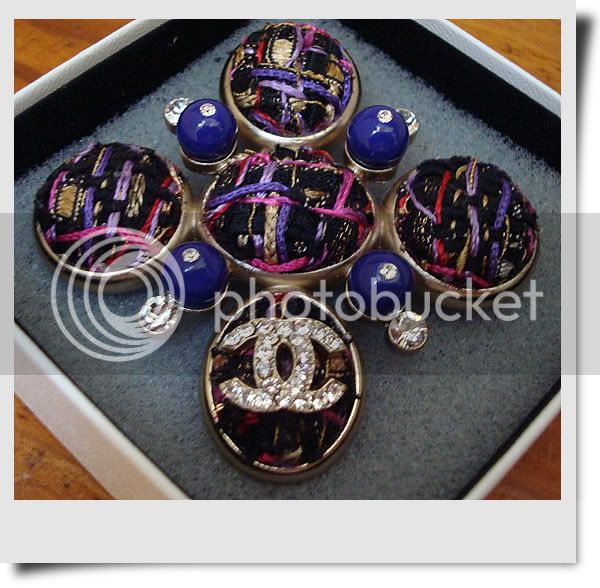 Yeah, I know I have too many brooches but you must also know I'm a hopeless addict! And I thought it would be interesting to get this one since its made of a totally different material from my collection. 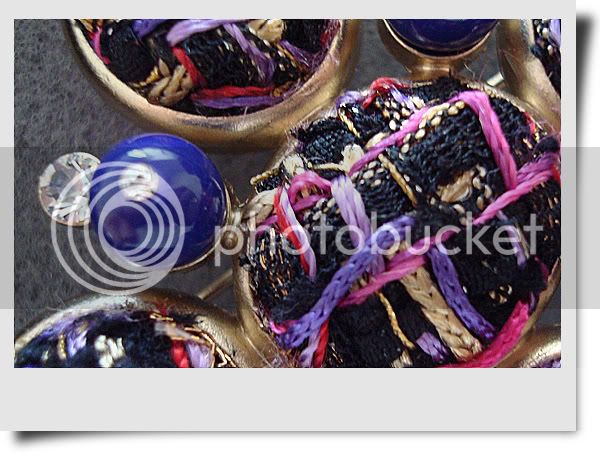 Now I have a tweed brooch!

Then out of the very limited selections of sale shoes, I picked these patent loafers. 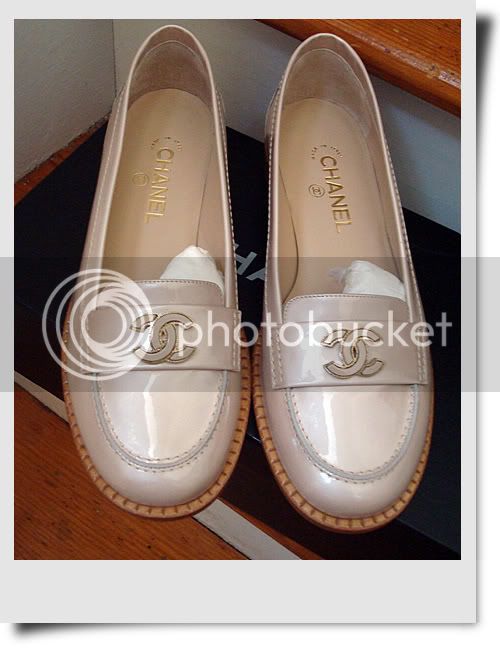 If I were to go matchy match with these shoes, I think they'd go nicely with my LV Vernis bags. Or would that be too much patent?

After a freebie one night stay at Planet Hollywood, I checked in at the newest hotel on Strip, Encore. To tell ya the truth, I was disappointed by many things at this new property of Mr. Steve Wynn. But at least it had a Chanel boutique and had a connecting walkway to its next door hotel, Wynn.

And like Bellagio and Encore, Wynn has a Chanel boutique! (And it's much bigger than one at Encore and nicer than one at Bellagio.

) The bags I liked there were all too out of my league, as in super pricey exotics. But I managed to get little something somethings as souvenirs of the trip. 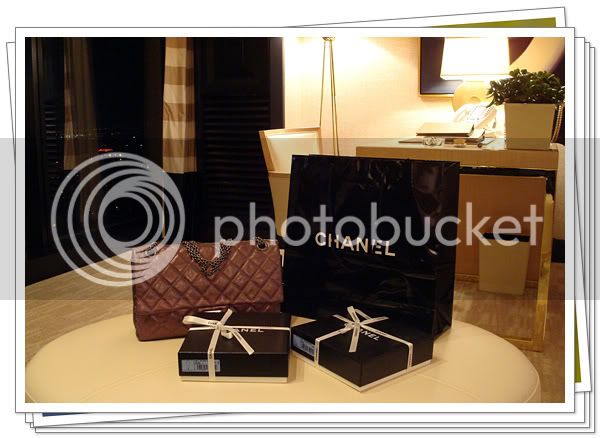 Anybody want to guess what lies inside those square boxes?

* BTW, the pic was taken in my room at Encore.

OMG! I love the brooch.

Omg, I'm always a silent lurker of your threads and you NEVER disappoint!!! Can't wait for the rest of your pictures. YAY!!

Well, MIffy27 told me she loved a collection called "CC Army" from about two weeks ago. As she is our very own costume jewellery expert, I knew I would also like it. And oh I not only liked it but LOVED it, as they were mainly dog tag themed!

They just got the shipment of the pendant necklaces on the day of my visit. So I of course felt the need to get one. 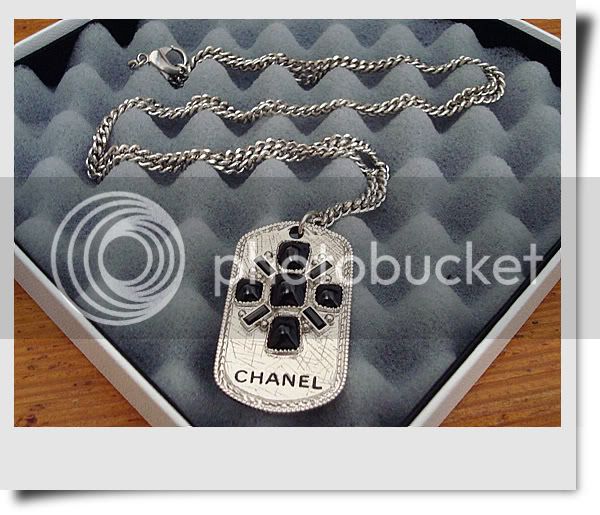 Yup. This is not your typical dog tag necklace for sure. Here's a close up of the pendant for better view of the details. 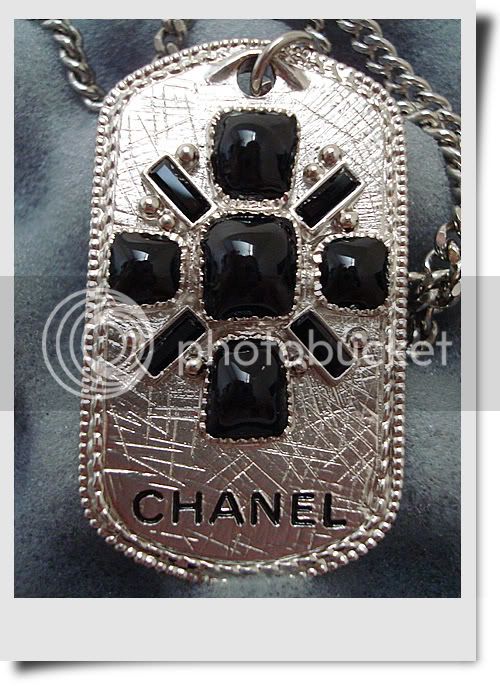 And one more for backside... 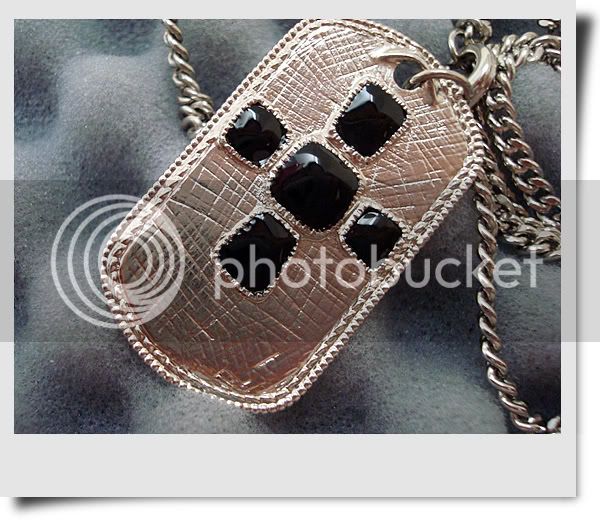 Wow I love the dog tag and all your purchases!! Congrats on all the purchases!

Love the first brooch, J! It is so luxurious and different made from tweed. Lovely!!

J, I love your loot and your cute stories! Wow, the tweed brooch is amazing and the dog tag......you have a dog right? Reason I asked is because I love Burberry dog accessories and tried to convince DH to get me a dog for my son. He asked why.....and my answer was because of the dog accessories.

But I had a little problem as I drooled over that dog tag necklace. They actually had another necklace of the same chain and length, but with different pendant.

So I asked sis which one I should get, and sis being her usual self said
"Get them both."

Now you see why I have a hate/love thing going on when shopping with my sis? She's very good for my closet but truly evil for my wallet.

Anyhoo, you guys must know what I did, with the pic of two boxes above. Yes, I got the other one too! 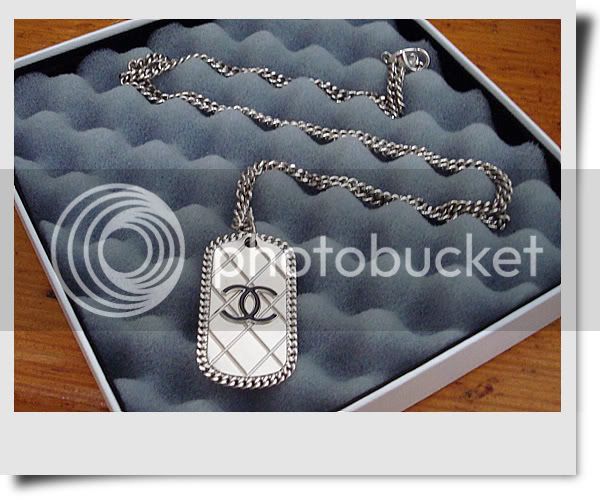 It's definitely lot simpler than one with cross motif. But I still 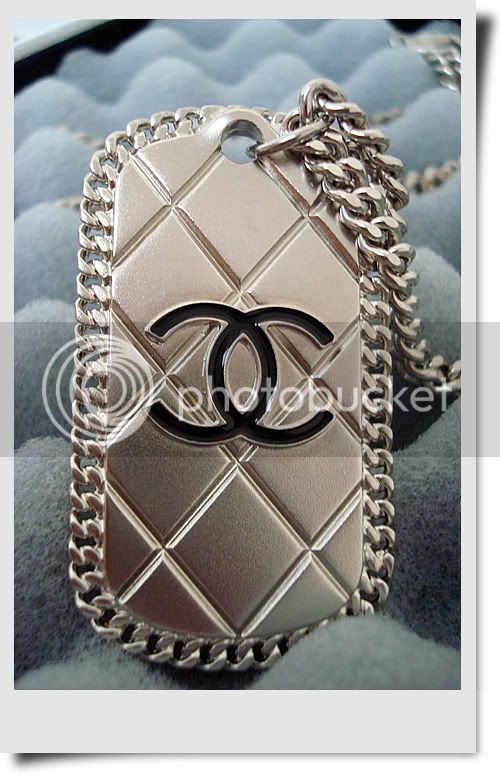 Backside of this one is kept simple, but it got quiltings like the front. 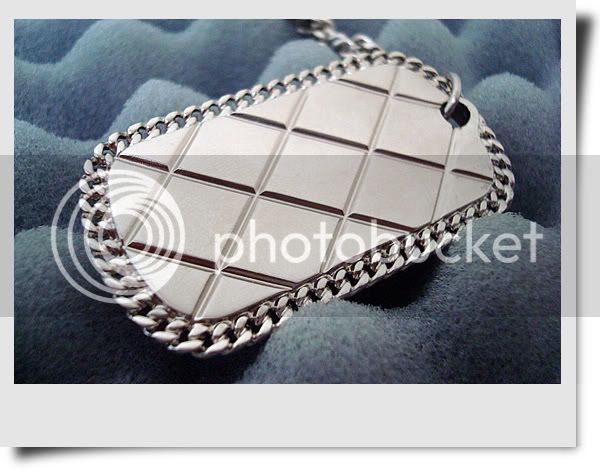 I just assumed both were priced the same but this simpler quilted one was about $150 cheaper than the first one.

I bought other bunch of things in Vegas but they aren't exactly what you guys would like to see. So I'll just sneak in this pair of shoes for now... 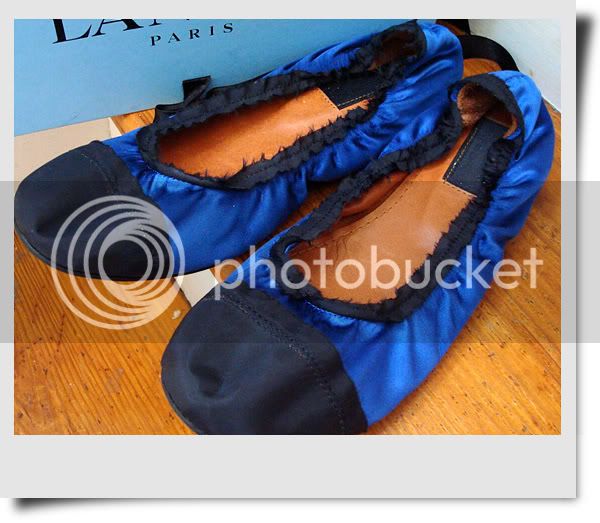 And would do a short report on NYC trunk show in the next post!

How much is this?
H

Another batch of goodies! Good job NanamiRyu!
Love the brooch and esp. the CC Army necklace! May I ask how much is it? I am going to come back tomorrow for more!LOL

I want to see all of your purchases Justine! Bring 'em on! LOL!

It sounds like you had a great trip to Las Vegas! I cannot wait to see Encore and the new Chanel boutique there sometime later in the Spring.

The CC Army dog tag necklaces are adorable! I definitely have my eye on the first one with the cross motif. That is officially on my wish list.

Ladies~ I must say, I was very disappointed at what I saw at the trunk show today.

For your viewing pleasure, here's a spy pic of the jumbos and maxis. 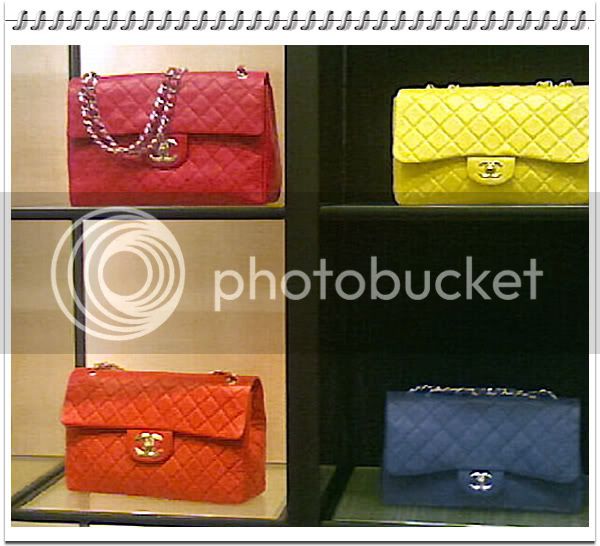 I know most of you saw pics from other threads but eh... I also know you guys never get tired of any kinds of pics.

And was yellow ever posted in the forum?

If so, I must have not seen that thread because I was just too shocked to see that color today.

It's just so not the yellow I was expecting, and my expectation wasn't high. It actually looks lot more yellow in the pic above. In real life, I thought it had lot of green, which reminded me of the dress Mrs.Obama at the inauguration. Sure, that Isabel Toledo dress looked lovely on her. But it definitely did not look nice when made into a classic flap. It reminded me of unripe bananas.

I panicked when I saw the blue flap under the yellow. Many of my tPF friends are waiting for bright blue to come and that really isn't electric blue, you know? Then my SA told me that's not the blue everyone wants. He still doesn't know how the lighter one would be, but it would definitely be brighter than that close to navy one.

However, I played around with tha blue jumbo when I was waiting for my SA and yikes! I was so surprised by how soft it is, I started to think if I was holding a lambskin flap. I think it has to be the softest most unstructured caviar flap ever made. And the SAs all said that's how all bags would be. Not like the firmer shape our Miss Reds from cruise was. WTH?

They also had either green lamb jumbo or maxi above those flaps, but it was really ugly IMO. And if you know me well enough, you know I like green. So if I was to call the color homely, the other ladies who usually don't fancy after green would really hate it for sure. I thought it was the worst green they could ever come up with.

thx u sooo much justine for your veryyyy good intel! and i have to say i love the color of the red maxi, its exactly the red that i have been looking for...regarding the structure...hiks yes its very unfortunate!
ow another thing i love your tweeed broooch! =) and the army chanels r veryyyy2 cute espc the 1st one =) thx u so much J
You must log in or register to reply here.
Share:
Reddit Pinterest Tumblr WhatsApp Email Link
Register on TPF! This sidebar then disappears and there are less ads!
Sign Up
Top