If at First You Don't Succeed, You're in Excellent Company

In her new autobiography, "Home," Julie Andrews tells of taking a screen test for MGM studios when she was 12 years old. "They needed to gussy me up a bit because I was so exceedingly plain," she writes. "The final determination was 'She's not photogenic enough for film.'"

J.K. Rowling's book about a boy wizard was rejected by 12 publishers before a small London house picked up "Harry Potter and the Philosopher's Stone." Decca Records turned down a contract with the Beatles, saying "We don't like their sound." Walt Disney was fired by a newspaper editor who said he "lacked imagination." Michael Jordan was cut from his high-school varsity basketball team sophomore year.

What makes some people rebound from defeats and go on to greatness while others throw in the towel? Psychologists call it "self-efficacy," the unshakable belief some people have that they have what it takes to succeed. First described by Stanford University psychologist Albert Bandura in the 1970s, self-efficacy has become a key concept in educational circles, and is being applied to health care, management, sports and seemingly intractable social problems like AIDS in developing countries. It's also a hallmark of the "positive psychology" movement now sweeping the mental-health field, which focuses on developing character strengths rather than alleviating pathologies.

Self-efficacy differs from self-esteem in that it's a judgment of specific capabilities rather than a general feeling of self-worth. "It's easy to have high self-esteem -- just aim low," says Prof. Bandura, who is still teaching at Stanford at age 82. On the other hand, he notes, there are people with high self-efficacy who "drive themselves hard but have low self-esteem because their performance always falls short of their high standards."

Still, such people succeed because they believe that persistent effort will let them succeed. In fact, if success comes too easily, some people never master the ability to learn from criticism. "People need to learn how to manage failure so it's informational and not demoralizing," says Prof. Bandura, who signs many of his emails, "May the efficacy force be with you!" ("I've failed over and over and over again in my life. That's why I succeed," Michael Jordan has said.)

Sometimes, the rest of the world just hasn't caught up with an innovator's genius. In technology, rejection is the rule rather than the exception, Prof. Bandura says. He points out that one of the original Warner Brothers said of sound films, "Who the hell wants to hear actors talk?" Steve Jobs and Steve Wozniak were rebuffed by Atari Inc. and Hewlett-Packard Co. when they tried to sell an early Apple computer. And sometimes genius itself needs time. It took Thomas Edison 1,000 tries before he invented the light bulb. ("I didn't fail 1,000 times," he told a reporter. "The light bulb was an invention with 1,000 steps.")

Where does such determination come from? In some cases it's inborn optimism -- akin to the kind of resilience that enables some children to emerge unscathed from extreme poverty, tragedy or abuse. Self-efficacy can also be acquired by mastering a task; by modeling the behavior of others who have succeeded; and from what Prof. Bandura calls "verbal persuasion" -- getting effective encouragement that is tied to achievement, rather than empty praise.

"I teach teachers here, and one of the things we teach them is how to build up children who have been told they aren't competent," says Frank Pajares, a professor of education at Emory University who has been a leader in using self-efficacy to nurture academic confidence. "We all have mental habits, and once they are set, they are as hard to break as stopping smoking or biting your fingernails."

It's not too late to recover. "You can develop a resilient mindset at any age," says Robert Brooks, a Harvard Medical School psychologist who has studied resilience for decades. One key, he says, is to avoid self-defeating assumptions. If you are fired or dumped by a girlfriend, don't magnify the rejection and assume you'll never get another job or another date. (Maintaining perspective can be tough in the face of sweeping criticism, though. A teacher said of young G.K. Chesteron, who went on to become a renowned British author, that if his head were opened "we should not find any brain but only a lump of white fat.")

And don't allow a rejection to derail your dreams. "One of the greatest impediments to life is the fear of humiliation," says Prof. Brooks, who says he's worked with people who have spent the last 30 years of their lives not taking any risks or challenges because they are afraid of making mistakes.

What if you really do lack the talent to succeed at whatever you're trying to do? That's a tricky question, psychologists say -- one that's on display in the early episodes of "American Idol" each season. Try to objectively assess how much you are likely to improve with training and hard work, and how much it's worth to you, or whether there are other ways to enjoy your passion -- being a coach instead of a player, for instance. On the other hand, what if Dr. Seuss had given up after his 27th rejection and not tried once more? In the words of Henry Ford: "Whether you think that you can or you can't, you're usually right." 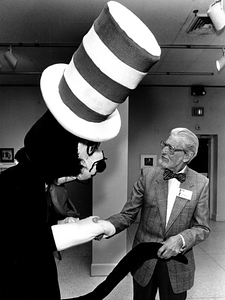 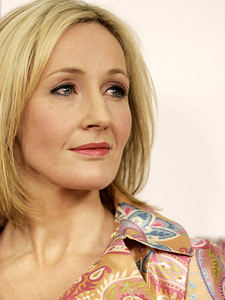 J.K. Rowling's first book about a boy wizard named Harry Potter was rejected by 12 publishers before Bloomsbury, a small London publishing house, picked it up. 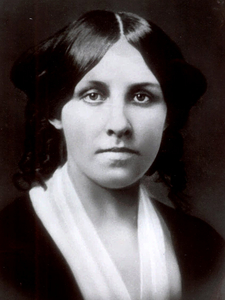 Louisa May Alcott, author of "Little Women," was encouraged to find work as a servant by her family. 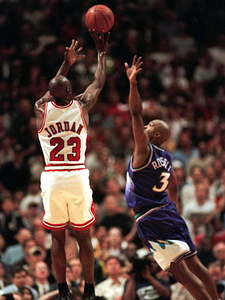 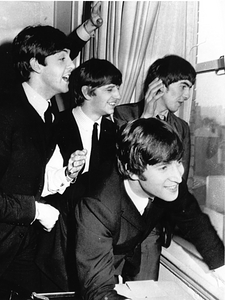 Decca Records turned down a contract with the Beatles, saying "Groups of guitars are on their way out." 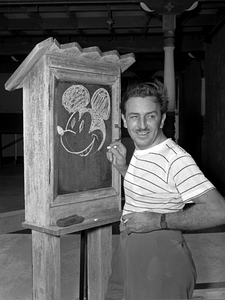 Walt Disney was fired by a newspaper editor who said "he lacked imagination and had no good ideas." 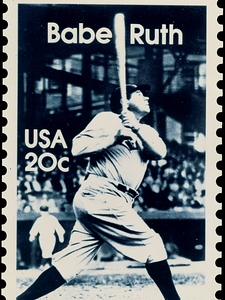 Babe Ruth is known for his home run record, but for decades he also held the record for strikeouts. He hit 714 home runs and struck out 1,330 times in his career. "Every strike brings me closer to the next home run," he said. 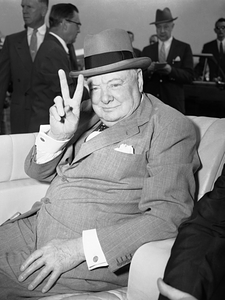 Winston Churchill repeated a grade during elementary school. Later, he twice failed the entrance exam to the Royal Military Academy at Sandhurst. He was defeated in his first effort to serve in Parliament.

Mods, please close. I meant to post in up-to-the-minute.

^ha. FAR from it maxter!

Wow, what a nice article. I don't think it's breaking news, so maybe it fits better in this subforum anyway. I might print it and post this on my wall.
•••
P

Why would you need "imagination" to work for a newspaper? :s
•••

Thanks for sharing. I've also failed several times but I keep on going because I know things will only get better.

Love me, love my cat

That was just the inspiration I needed for today

Thanks for posting, very interesting
•••

Register on TPF! This sidebar then disappears and there are less ads!
Sign Up
Top