Embarrassed Natasha Lyonne Turns Herself In

The American Pie actress was accused of sexually molesting a neighbors dog. Sounds ridiculous, doesn't it? Natasha has had her share of problems and even Michael Rapaport wrote a report on what a terrible tenant she was. She tried to dodge the court after missing 4 hearings and now she decided to face the music. Here's more: 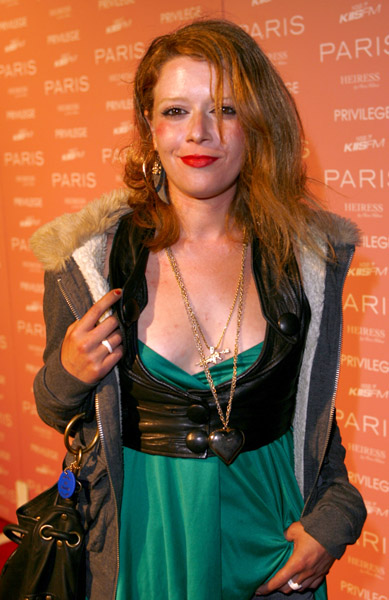 Actress Natasha Lyonne, the star of "American Pie" accused of threatening to sexually molest a dog, turned herself in at a New York court on Friday.​
The 27-year-old faced a number of charges including criminal mischief, harassment and trespassing after accusations she threatened to sexually molest her former neighbor's dog and ripped a mirror off the wall during a 2004 argument.​
At the Manhattan Criminal Court appearance, drug counselor Heather Hayes said Lyonne had completed an in-patient drug program in February and continued to attend outpatient rehabilitation groups.​
Judge Anthony Ferrara said the charges would be dropped if the actress stayed out of trouble for the next six months.​
The good news is she is clearly working hard to get better. Let's hope she stays clean, out of trouble and away from dogs for a very long time.
Source
•••

Disgusting. Threatening to sexually molest a dog??????? Why would you ever threaten to do that!!!! So gross.
•••

How does a "threat" like that even enter someone's head? That shouldn't even occur to anyone to say, no matter how drunk!
•••

This is one sick Lady.

This is sad. She had a promising career and then she got involved with drugs, primarily heroin and she was dating another fellow actor/Heroin addict Edward Furlong. It is obvious she needs help! And I hope that she finds it!
•••

I hope she gets better.....anyone who would even threaten to sexually do anything to anyone/animal, etc. needs help.
•••

I do not really understand what that means

She tried to sexually molest WHAT??!!

Sick a$$ b*tch...crazy.
•••
You must log in or register to reply here.
Register on TPF! This sidebar then disappears and there are less ads!
Sign Up
Top