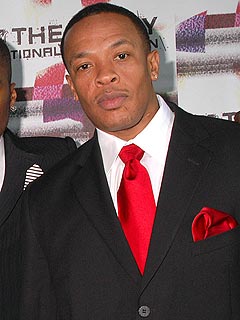 The son of hip-hop producer Dr. Dre died over the weekend, the music star's rep confirmed to PEOPLE.

Andre Young Jr., 20, was discovered "unresponsive" by his mother at his home in Woodland Hills, Calif., on Saturday morning, according to the L.A. County Coroner's office.

"Dr. Dre is mourning the loss of his son," his rep Lori Earl says in a statement. "Please respect his family's grief and privacy at this time."

Young's mother told police that she attempted to rouse her son at 10:24 a.m. on Saturday, and when she couldn't, she called paramedics. They pronounced him dead at the scene.

Young "had been out with friends" the previous night and returned home around 5:30 a.m., according to L.A. County Coroner's assistant chief Ed Winter. An autopsy was performed Monday. No foul play is expected.

Dr. Dre, whose given name is Andre Young, is one of hip-hop's most prolific musicians. After achieving national spotlight with the rap group N.W.A., Dr. Dre in 1992 released the influential CD, The Chronic, which included the Grammy-winning single "Let Me Ride."

Oh no! How awful.

OMG. How terrible! I hope they can mourn in peace. So sad. May he RIP!

I wonder what happened?

20 year old dies mysteriously? not good at all RIP
K

This is so sad. My condoloences.

omg how awful for the family. I didn't know he had kids.

in a happy place!

I did not even know he had older kids- a parent should never have to mourn their child- may he R.I.P X

that is so sad.

My prayers are with Dre and his family.