Buss had been hospitalized at Cedars-Sinai Hospital in L.A. for the past few months due to a previously undisclosed intestinal problem ... though it was revealed yesterday he'd been battling cancer the entire time.

After starting his career as a chemist, Buss soon found his true calling in the real estate biz ... snapping up properties all over L.A. before moving on to the sporting world.

In 1979, Buss made history when he purchased the Lakers, the L.A. Kings and The Forum for $67.5 million -- at that time, the largest transaction in sports.

Under his ownership, Buss watched dozens of all-time greats -- including Kareem Abdul-Jabbar, Magic Johnson, James Worthy, Shaquille O'Neal and Kobe Bryant -- win the Lakers 10 NBA Championships. He was inducted into the Basketball Hall of Fame in 2010.

Buss was also an avid poker player ... and appeared on several TV shows, including "High Stakes Poker" and "Poker After Dark."

He is survived by his six children.

Lou's heart stopped yesterday. Doctors were able to revive him, but he fell into a coma and passed just hours later. He was 77.

And yes, his Wikipedia and IMDb pages are incorrect. We're told he lied about his age. According to official records, Lou's birthday was September 26, 1935. As one source put it, "You know how actors are."

An autopsy has been scheduled to determine the official cause of death.

We're told Lou -- who served in the Army -- will receive a military burial in West Virginia. He is survived by his son and his 95-year-old mother.

I've heard about this before.. I don't believe it...

I think when a person looks for a pattern they can generally find one. When a person considers how many well-known or even semi-well-known people who die each year, statistically it has to be one every few days.

I thought it was supposed to be 3 folks somehow connected, tho.

lol! I think it's just a silly coincidence kind of thing. I've never heard it being an illuminati thing, or having to be connected, etc. . . just a coincidental thing.

HauteMama said:
I think when a person looks for a pattern they can generally find one. When a person considers how many well-known or even semi-well-known people who die each year, statistically it has to be one every few days.
Click to expand... 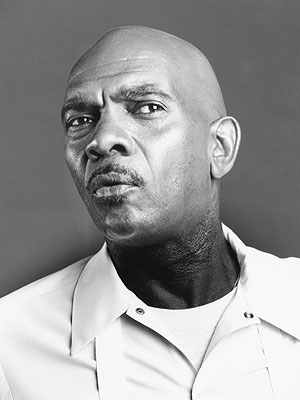 TV, film and stage actor Lou Myers, best known for playing Mr. Gaines on the sitcom A Different World in the '80s and early '90s, has died at 77.

Myers passed away at the Charleston Area Medical Center in his native state of West Virginia after battling pneumonia for several months, TMZ.com reported.

Get more stories on your favorite celebrities by subscribing now.


Myers was born in Chesapeake, W.V., the son of a Cabin Creek coal miner, according to the Charleston Gazette. After attending West Virginia State University, he got his first acting break as an understudy in the Broadway play The First Breeze of Summer.

He went on to appear in more than a dozen films, including How Stella Got Her Groove Back and The Wedding Planner.

On television, he had roles on ER, JAG and NYPD Blue, but is best remembered for playing Vernon Gaines on A Different World, which was a spin-off from The Cosby Show.

On Broadway, Myers appeared in productions including Oprah Winfrey's The Color Purple and Cat on a Hot Tin Roof. He won an NAACP Image Award for his portrayal of the Stool Pigeon in the play King Hedley II.

An accomplished piano player, Myers also sang jazz and blues with the touring company of Negro Music in Vogue.

He is survived by his mother, Dorothy Jeffries, 95, a son, Melvin Myers, and two grandsons, Brayden and Christian, the Gazette said.

tweegy said:
I've heard about this before.. I don't believe it...

Read its apparently some illuminati thing... Supposedly its usually one well known celeb and two lesser knowns...
Click to expand...

no it's not illumaniti...that saying has been around for many, many years.

I don't think so.

I think it's a case of confirmation bias in play.

I don't know why, maybe it takes away some of the uncertainty and thus fear that such things cause us?

It's a stupid saying. Folks die in threes every day.

DC-Cutie said:
It's a stupid saying. Folks die in threes every day.
Click to expand...