*(It's been a very long, long time since I was last on tPF so I apologize if this thread is in the wrong section).

I have a 08' Anthra GSH City bag and was wondering if anyone is having issues with the leather or overall wear of the bag? I have been using my City occasionally since purchase and really baby it but it seems that it's fading and cracking more than it should, especially that I don't use it daily. I was told that leather conditioner should not be used, it's not needed. I've seen a lot of other dark colored City bags (incl. other 08 Anthra's) and the overall leather seems to be thicker looking and feeling. Since now comparing with others, the leather on mine feels thin and in some places looks like it will start to peel and almost like it's "lifting" away from the bag (if that makes sense:wondering). Another thing is the end knot of the cord that's laced on the handles came out. Like I said, i've seen other bags and spoke with other owners and they wear their bags everyday and knock it around but they look in better shape than mine. Is it possible I could have a defected one?

I don't think it's how much you use it but rather how HARD you use it. Some people are just really hard on their bags but don't even realize the wear and tear is caused by "owner error" and not anything to do with Balenciaga.

I have bags with both thick and thin leather (including an 08 SGH Anthra City with smooth, thin leather - not paper thin but not substantial either) and am careful not to overstuff them, toss them around, carry by the shoulder strap with heavy items inside, etc.

Are you really as careful as you think when using your bag or do you think you could "lighten up" a bit?

I'm pretty careful (I really learned how to take good care of my bags fr working for a luxury handbag comp) and don't overstuff, ...this is my baby.

That's why I don't use mine daily (at my current job we have lockers and I didn't want her to get scratched up). If she was my daily bag, the wear would make sense.

It may help if you can post some pics so we can take a look at the leather. I condition my bags after each use because I live in a dry climate with air conditioning running almost all year round. I find it really helps keep the leather supple and color from fading.

I'm going to try to post some pics tomorrow. Btw, what leather conditioner do you use?

^^ITA with Roey, leather conditioner can do wonders for dry bags....I condition all of mine too, not as much as Roey does but the climate isnt as dry...

I use LMB (lovin my bags) products on all my Bals!

I have had some bags that have that look to the leather, but I do not think Balenciaga considers it a defect - just part of the "distressing." Even though the bag is two years old, I don't believe peeling should be an issue with such an expensive bag, so I understand your concern. There are a lot of opinions in the Bal reference section under care and maintenance which may help you. Also, after years of telling customers to not put anything on the bags, I have read that Bal is now selling a moisturizer. I haven't seen or tried it yet, but it may be worth a call.

I use leather wipe versus an actual cream conditioner. The product is called Weiman Leather Wipes. It's like a baby wipe but for bags and contains natural sunscreens and conditioners.
M

roey said:
I use leather wipe versus an actual cream conditioner. The product is called Weiman Leather Wipes. It's like a baby wipe but for bags and contains natural sunscreens and conditioners.
Click to expand...

Roey! Do you use these on all your bags (even Non-Bal?) and is there a place offline that I can get some?

I got my black first a year ago this jan, and the leather is super thin, i don't use it all the time and i'm very very gentle on my bags. but it seems to have faded a lot and seems fragile. i meet someone who had one from 2007 and the leather was triple the thickness of mine , kind of disappointing. i wonder why they change the leather

Here are some pics (pls excuse the quality, they were taken using my phone). 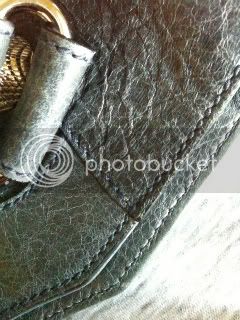 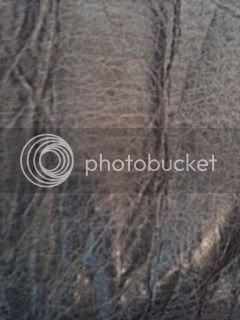 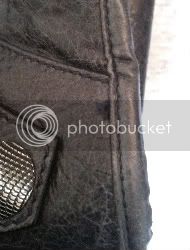 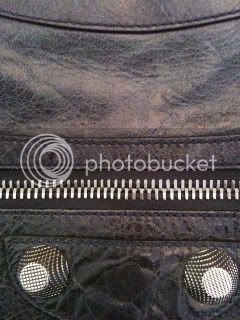 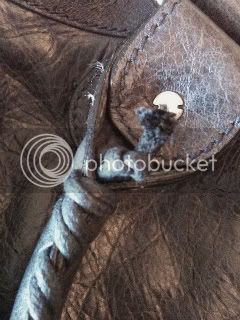 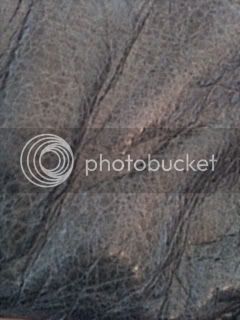 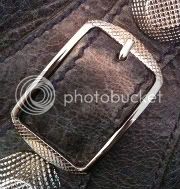 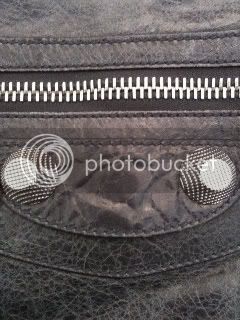 ^^^ My 2009 Tempete looks exactly the same, but it looked like that when I bough it new. I think it's pretty tough. I don't overly baby my bags, although I rotate quite frequently.

And, although I can't actually feel the leather of your bag, it looks to me like two Bals I've previously had, and similar to a chevre one from 2005 I have, that is still going strong.

I like Roey's idea of moisturising the bag. Even if it is not as often as what Roey does, I do moisturise a handful of mine if they look like they may be drying out, as it helps to retain their original appearance and colour and suppleness so much better than if we don't.

Thanks everyone for your input.

I guess I kept comparing to others bags which have the smoother (thick & chewy? lol) texture I probably prefer. Plus a comment someone made about my City didn't help. Good to know that it will not peel. Thanks SkyBlueDay for the reassurance. Just discovered from another thread that Bal came out with a conditioner for their bag; will definitely be trying it. I'll try to stop being paranoid, haha :shame: ... now just hope the knot holding the lacing doesn't come out more.
S

^^ No, you're not paranoid - there are so many leather types that it's easy to wonder if our bags are somehow abnormal... but I do think the knot coming out your Bal is not a good thing!!
L

my blue roi town with rggh looks dry too. kinda disappointed with my first bbag!
You must log in or register to reply here.
Share:
Reddit Pinterest Tumblr WhatsApp Email Link
Register on TPF! This sidebar then disappears and there are less ads!
Sign Up
Top Bottom