Over the holiday weekend my sister and I went to visit my Aunt we have not seen in over 2 years.. I have always admired her sense of style, and black is her best friend (I think that is where I get it from

). She worked hard in life, is an executive in the company she works for, lives debt free, and because she lives alone in her 3 bedroom condo, had one of those rooms converted into one of those impressive mega closets. She was motivated by a story my 21 year old cousin told how even though she is in a 4 year college, sold all her stuff she has not touched in 6 months and went on a vacation with her friends to Mexico. She said she feels a lot "lighter" seeing that she is not surrounded by all those useless things. So, we went through my Aunt's closet to get rid of A LOT of stuff. About 70% of the stuff still had tags on it. She has been collecting Coach for YEARS and has an impressive vintage collection. She also has a problem of buying bags, etc. online and never opening the box. She literally has a fortress of boxes from Coach and various department stores SHE NEVER OPENED!! We counted 32 boxes!!! She said if she does not remember what she ordered, it goes in the stack until she ever gets the urge to open them. We did not walk away empty handed though, she told us to pick a box to keep out of the stack, but keep in mind that all we know is it is a Coach bag!! Among the "mystery box" I came away with 5 fobs, 3 wallets, and a cosmetic bag she forgot she owned. So...let the games begin!!

Here are the wallets and cosmetic case I snagged: 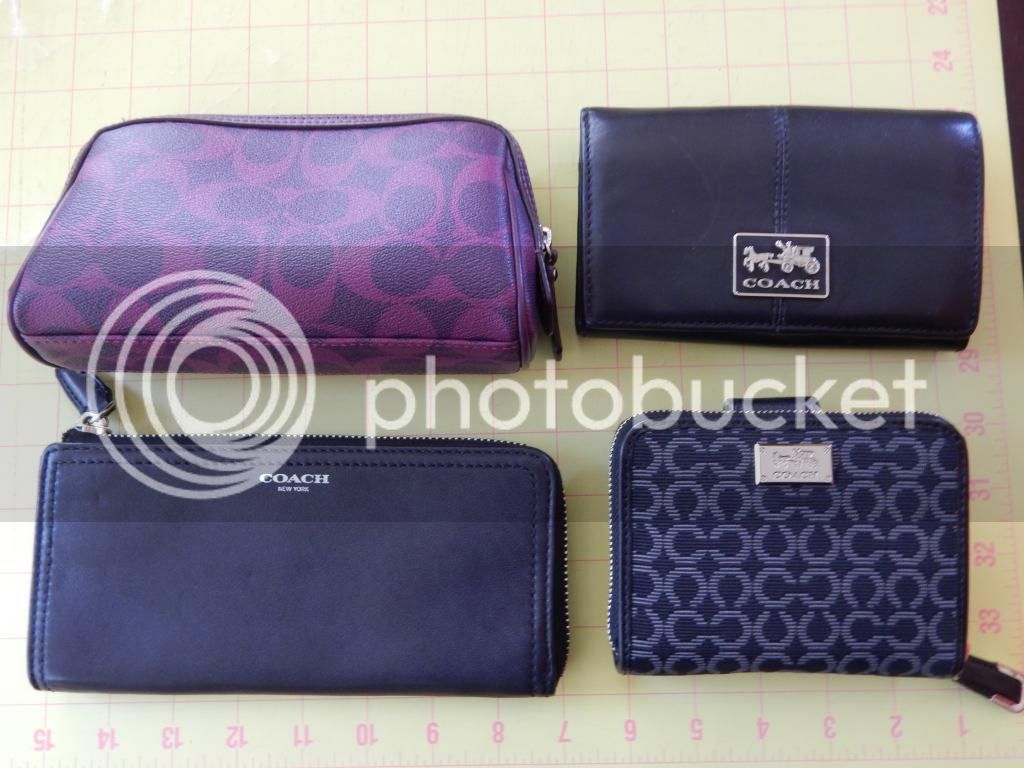 Here are the fobs (notice a theme here 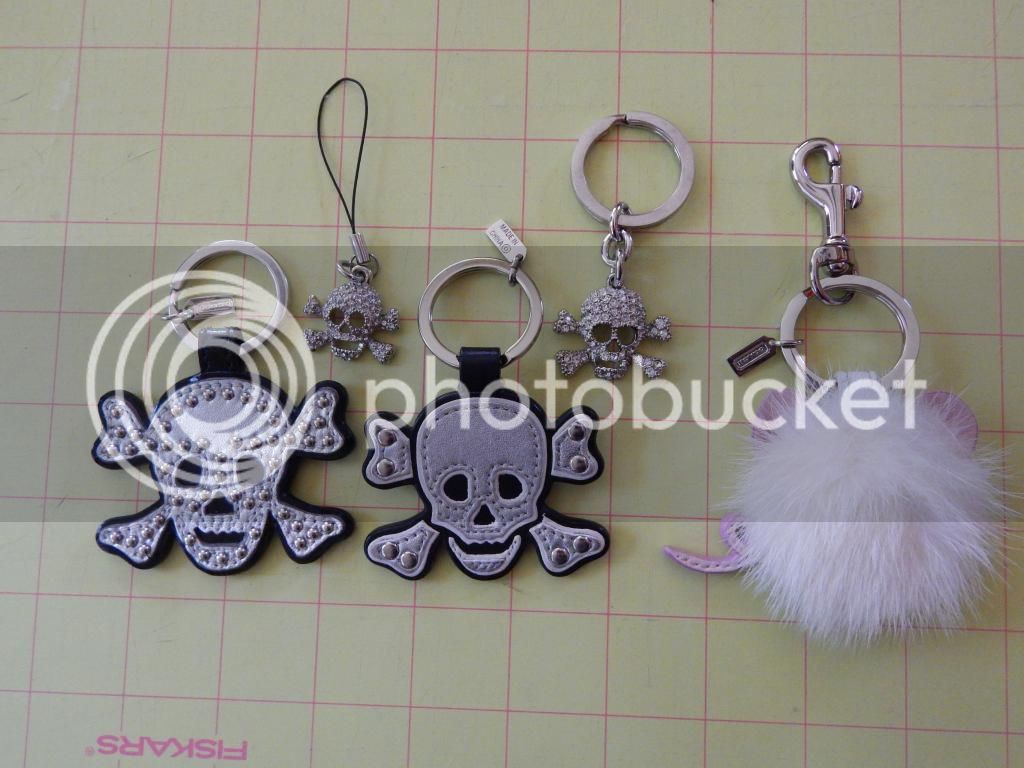 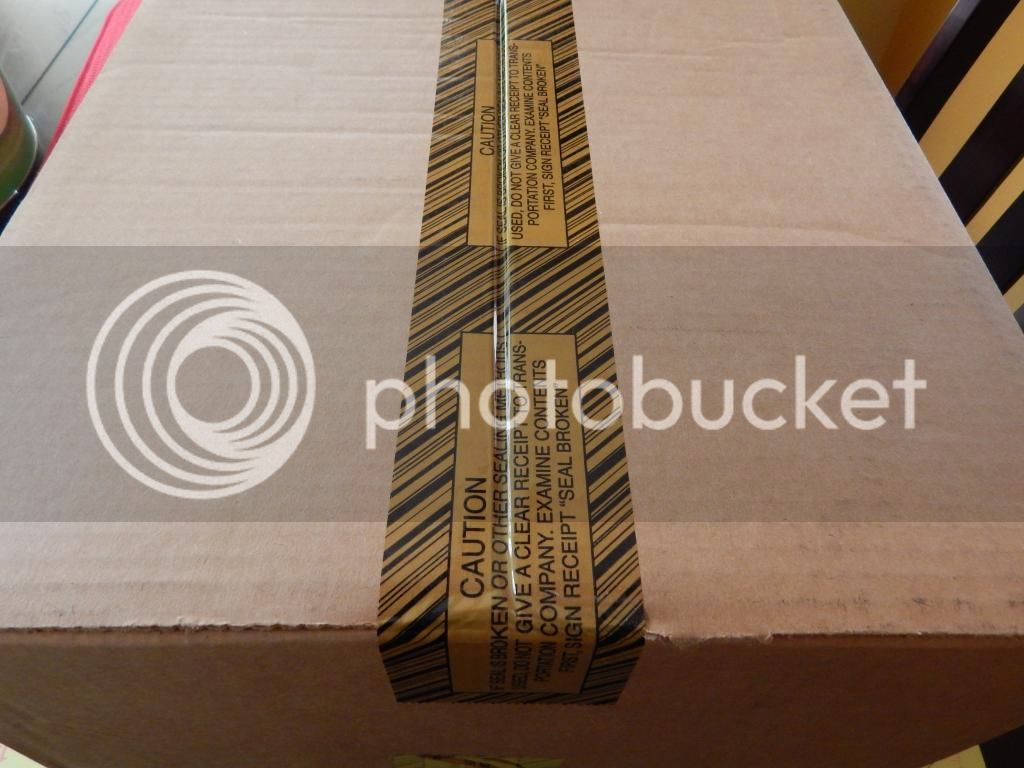 She ALWAYS has her purchases gift boxed: 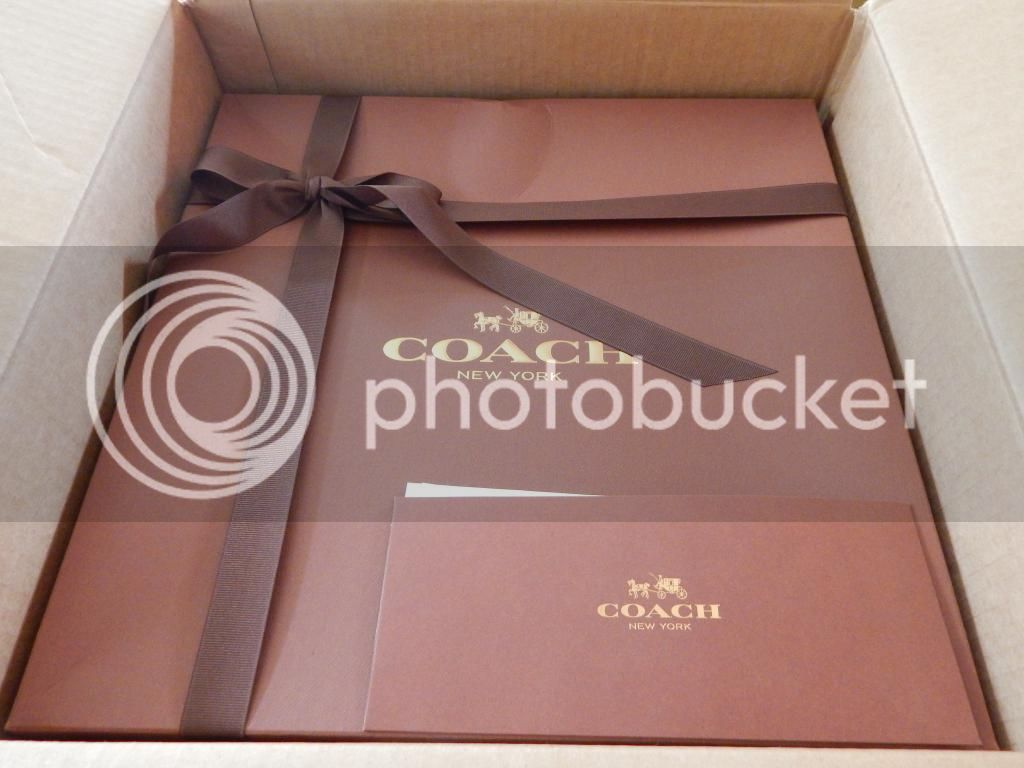 What an awesome treasure hunt that was nice of you to help your aunt, she gifted you in the best way possible, with Coach!!

Dustbag (it is a square-ish shape): 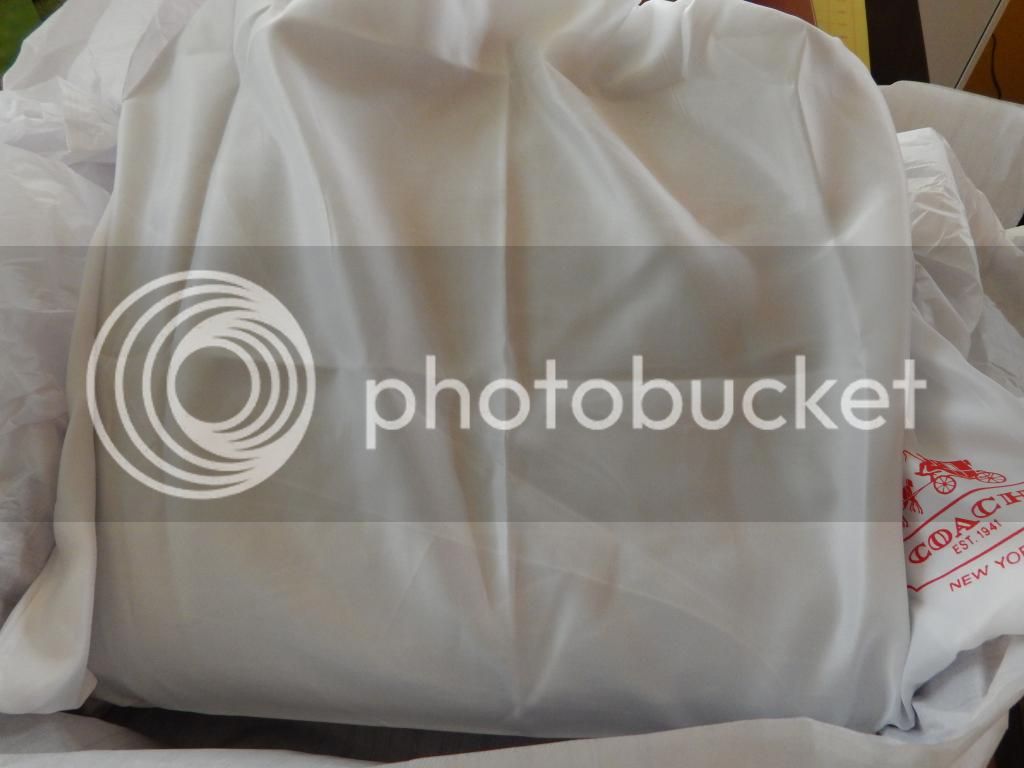 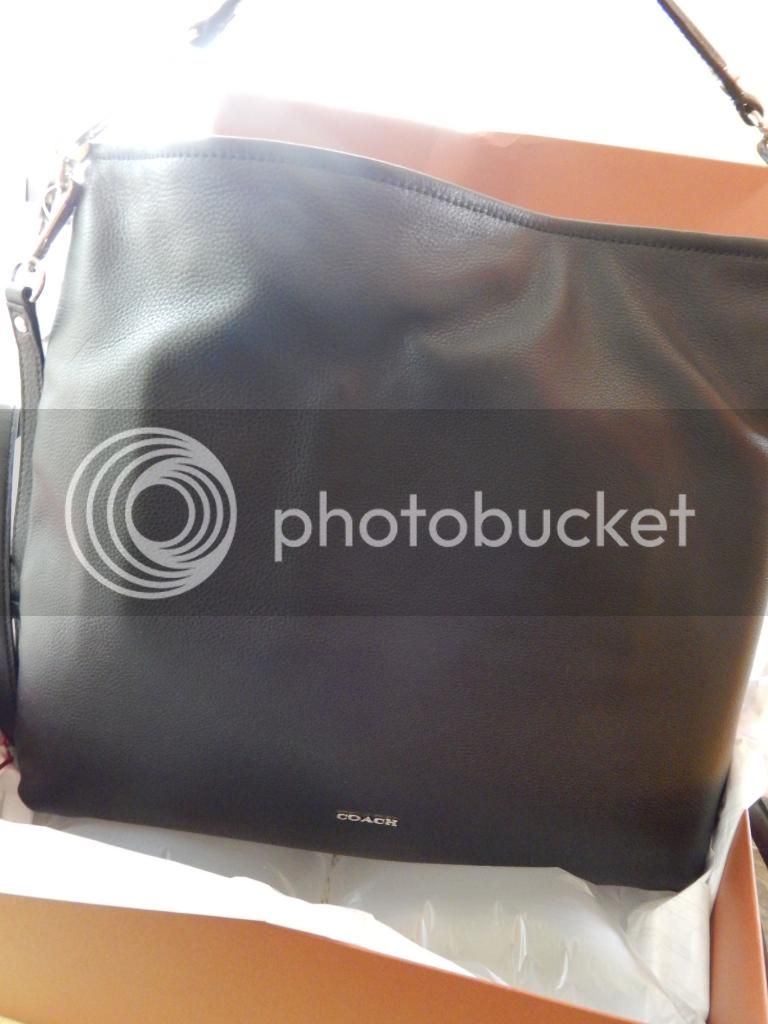 Oh wow, oh wow. I can tell why she ordered this bag...it has her taste written all over it. The silver detailing...the soft pebbled leather (way different than my toaster's pebbled leather). The dark blue lining is TO DIE FOR!! I just texted her what was in the box and she said "Oh yea...I bought that in the sale as a back up for the other one I had." I never saw it because it was in her regular rotation closet in her actual bedroom. Squeeee!!! I am so excited!!!

Great treasure trove you happened upon!!

Does your aunt need another niece???

Great story! Your aunt sounds like a wonderful woman!

Oh my! Wish I had your aunt! Great prizes...gifts. very nice of her

in a beautiful place

What a great story! I was just as excited reading about your goodies and seeing what you got as if I'd been there too! Love everything and especially the leather skully fobs, I need to get one! That is so nice of your Aunt to give you and your sister a "mystery box"! And so nice of you to help her clear out her storage.
L

Awesome haul - and a great "solve" to the mystery

!
Do you know what was in your sister's mystery box

Why? So you can stalk my bags?

Is there really an aunt or is this the story we are telling the credit card company?