I don't watch a lot of TV, but he's in Parks and Recreation... I didn't see the Lego movie, but he's the main voice. He's been in Moneyball and Zero Dark Thirty

I searched, but couldn't find a thread about him...?

I am a fan of Marvel comics, so I did go to see Guardians of the Galaxy and now I'm a fan. I guess he did a lot of work to play Starlord. 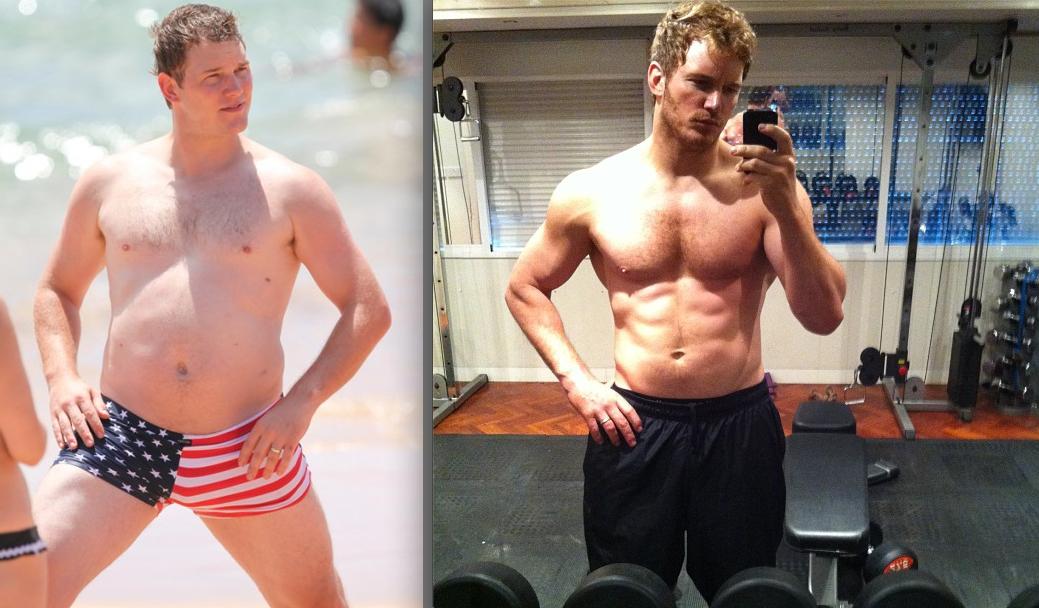 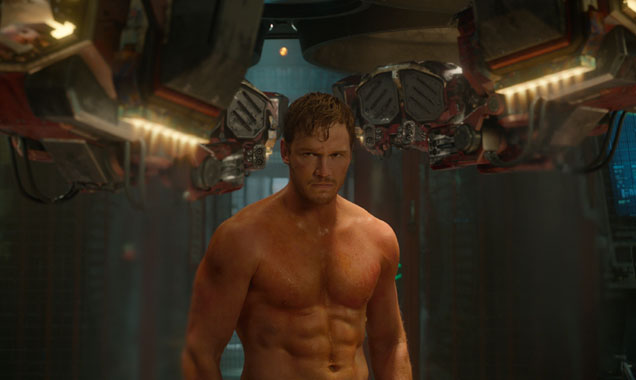 (CNN) -- Hollywood's A-list is a very tough club to crack, and membership is limited to stars of vast appeal with worldwide fame. Chris Pratt may soon get his invitation to join.

"I think Chris is the biggest actor in the world, it's just people don't know it yet," said James Gunn, director of the new action-adventure movie "Guardians of the Galaxy," which features Pratt in the lead role.

Pratt plays the film's wisecracking space cowboy Peter Quill (aka "Star-Lord") who is as deadly accurate with a one-liner as he is with his trusty "element gun."

"He's got that old-time charm of Gary Cooper," Gunn said. "He's got the vulnerability of a very modern actor. He's a big masculine guy that can definitely beat the crap out of any other movie star out there. ... There's nobody else out there like him."

Nobody else his age, perhaps.

"We're seeing this new leading man that reminds me of someone like a Harrison Ford," said Benicio Del Toro, Pratt's co-star in "Guardians."
At 35, Pratt is slightly less than half the age of Ford (72), another actor launched to stardom by a space opera -- "Star Wars"

Pratt seems unfazed by all the fuss being made over him as Hollywood's potential Next Big Thing.

"You know, I feel like, jeez, it's been cool, it's been really cool," Pratt stammered when asked about all the attention he's receiving within the industry.

"I came to Hollywood expecting to do everything but not really knowing what that looked like," he told CNN. "So I was just as excited when I got my first commercial as I am now, you know what I mean? I have enjoyed this entire journey, the whole time I have been at this for 15 years. My enthusiasm has been turned up to 10 since about 2001 when I didn't have to be a waiter anymore."

The tables have certainly turned since Pratt was waiting tables. His early credits came via television shows including "Everwood" and "The O.C." His career got a big boost in 2009 when he was cast on the NBC sitcom "Parks and Recreation," playing the daft but likeable Andy Dwyer.

His movie roles were initially confined to supporting parts such as in 2009's "Jennifer's Body," 2011's "What's Your Number" (starring his wife, actress Anna Faris) and 2012's "The Five-Year Engagement."

If starring roles eluded him, it may have been that he didn't have a classic leading man's physique. According to Entertainment Weekly, the 6' 2" actor's weight in the past five years has fluctuated between 220 and 295 pounds. EW dubbed him "portly."

Pratt told the magazine he initially turned down the opportunity to audition for the Quill part in "Guardians."

"I was probably scared and thought I was too fat to play a superhero," he said.
"Guardians'" director James Gunn apparently agreed. "When (casting director) Sarah Finn first brought him up to me, I said, 'The chubby guy from "Parks and Rec"? Are you kidding me?' " Gunn said. "There was like no way."

With the role his, Pratt set about reshaping his body. According to press notes compiled by the studio, Pratt "collaborated with, and was closely monitored by, a team of trainers and nutritionists, training for four hours a day, sticking to a strict diet, taking the right supplements and vitamins, all of which he continued throughout the five-month shoot."
The results are plain to see on screen: Pratt bares his washboard abs in "Guardians" (although it must be said he's not the most muscular guy in the film; that honor would have to fall to former pro wrestler Dave Bautista, who plays the Hulk-like "Drax").

Of course it takes more than a hot bod to land on Hollywood's A-list. On screen, Pratt displays a rare ability to relate to audiences and an appealing naturalness that sets him apart from other actors. He's also been hitting all the right notes with fans lately, from french braiding an intern for "Entertainment Tonight's" hair during an interview to sharing the deeply personal story of how his son's premature birth in 2012 affected his faith.

And despite his emerging star status, he comes across as both self-assured and modest in assessing what he brought to the role and what he needed to learn.

"The comedy is something I can do," Prattt observed. "I have been honing in on that skill in 'Parks and Rec' for seven seasons. I have always prided myself in being a comedic person -- it comes kind of easily to me. ... But it would be like the suspense and the adventure stuff, like the big movie one liners, that to me -- I had a hard time wrapping my head around that. That was a challenge for me."
Pratt's stock in Hollywood looks like it will continue to rise.

He is filming "Jurassic World," expected to be a blockbuster next summer. A sequel to "The Lego Movie" appears likely (he provided the voice of the lead character, Emmet Brickowski) and Marvel has already ordered a sequel to "Guardians of the Galaxy."

For now, Pratt appears to be keeping his newfound success in perspective.

"This is just another nice exciting chapter... for me," he said. "It's exciting and I'm definitely enjoying the ride so far."
Click to expand...

He's a very lovable guy! Did anyone saw the interview where he braid one of the intern's hair? I would love it if I had my hair french-braided by him xD.

Solemony said:
He's a very lovable guy! Did anyone saw the interview where he braid one of the intern's hair? I would love it if I had my hair french-braided by him xD.
Click to expand...

That was too cute. I also love that he's married to Anna Faris

Perhaps NSFW?? Has one dirty word.

I really like him and I enjoyed the movie but the A list is never a good place to be for a happily married man, or anyone for that matter.

Chris Pratt makes me wanna work out
A

Been a fan since Everwood . Fan of his wife too they seem like such likable people.

Everwood was one of my fav shows as a teen.

Chris Pratt Suits Up for Esquire

Now that Chris Pratt has saved the galaxy, can he survive movie stardom?
The &#8220;Guardians of the Galaxy&#8221; star graces the cover of the September issue of Esquire, with the magazine dubbing him &#8220;America&#8217;s Sweetheart&#8221; due to his goofy good nature a la Jennifer Lawrence.

The actor famously got in shape for his &#8220;Guardians&#8221; role, which he showed off in a July 2013 Instagram photo that went viral. But his newly ripped physique nearly caused issues during the magazine photo shoot. Pratt had to don wool suits for the sweltering New Orleans-based shoot, and struggled to fit in most of his clothes.

Pratt was more concerned about what to do with his hands during the shoot. When the photographer told him to pretend to be Bond, the star cracked a joke.
&#8220;Bond,&#8221; he said. &#8220;Gary Bond. No relation to James. I own a family plumbing company."

He sure has changed!!

I'm SOO mad the show is over :cry: Andy and Ron Swanson are everything.

I don't watch a lot of TV and have never seen Parks & Recs, but after seeing GotG and you and Charles' gifs I think I shall have to start!

Those 2 guys ran that show, best execution of deadpan lines ever! I actually loved Rob Lowe's character too!