I know as he got older, he became quite controversial, but his movies were amazing.


LOS ANGELES - Charlton Heston, who won the 1959 best actor Oscar as the chariot-racing "Ben-Hur" and portrayed Moses, Michelangelo, El Cid and other heroic figures in movie epics of the '50s and '60s, has died. He was 84.

The actor died Saturday night at his home in Beverly Hills with his wife Lydia at his side, family spokesman Bill Powers said.

Powers declined to comment on the cause of death or provide further details.
"Charlton Heston was seen by the world as larger than life. He was known for his chiseled jaw, broad shoulders and resonating voice, and, of course, for the roles he played," Heston's family said in a statement. "No one could ask for a fuller life than his. No man could have given more to his family, to his profession, and to his country."
Heston revealed in 2002 that he had symptoms consistent with Alzheimer's disease, saying, "I must reconcile courage and surrender in equal measure."

though i am young, i loved watching old movies with charlton heston, especially the ten commandments, so nostalgic of my childhood. so it did make me tear up when i heard he passed away. and i was going to say the same thing, while he got controversial towards the end of his life, he still was a great actor. may he rest in peace.

R.I.P. We have lost a legendary actor.

may he rest in peace... Charlton was a great actor.

I love his work and own almost all of his movies on DVD.

He was an amazing actor. We've lost a legend.

probably one of the greatest actors of all time is gone.

this makes me so sad.

such a sad loss of such a great actor

Sad news.... He truly was a great actor.

Awww so sad,I always loved watching his films,even from being a kid to now.Sad to know he's gone,but he's left a great legacy in the films he made. Won't stop me feeling so sad about him gone though.

A Legend has passed. What an amazing actor...amazing just doesn't do enough to describe his talent.

My condolences to his family... 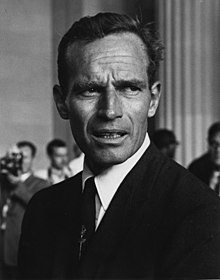 ...did you know he and his wife Lydia were married 64 years?? Now THAT is something else...

Thanks for the photos. Many do not know/remember he was on the front lines with MLK during the march.

I just watched the Ten Commandments this Easter. Such a powerful actor!