Always hunting for the next bag

Not sure if anyone has posted on this, but I wonder how her departure will change (or if it will) the Hermes vision, since she oversaw the entirety of RTW, silks, leather goods, etc.

EXCLUSIVE: Hermès Sees Resignation of Key Creative Talent
Bali Barret, creative director of the women's product universe, has been with the French house since 2003.

A discreet, yet pivotal creative talent at Hermès International that some insiders describe as its “secret weapon” is exiting the brand, WWD has learned.
Bali Barret, artistic director of the women’s product universe, has submitted her resignation and will exit the French house sometime this fall.

Practically unknown to the general public, and familiar to relatively few in the fashion world, Barret’s profile is somewhat akin to Alessandro Michele, who toiled behind the scenes for years at Gucci, while being responsible for products that generate the lion’s share of brand revenues. (Michele added ready-to-wear to his responsibilities when he was named creative director in 2015.)

Barret joined Hermès in 2003 as artistic director of its silk department, where she recruited street artists and other young creatives to bring fresh ideas to the category. She was promoted to her current position in 2009, giving her purview over all women’s departments, including leather goods, rtw, footwear, silks, jewelry, watches, beauty and fashion accessories.


According to insiders, said to be fiercely loyal to Barret’s leadership and design vision, she helped “revolutionize” Hermès by modernizing its products and processes, bringing much-needed oxygen to a heritage brand with a conservative style streak.https://wwd.com/beauty-industry-new...-2021-beauty-trend-natural-beauty-1203685573/

“She understands the brand instinctively, and managed to bridge tradition and audacity,” said one source.
Her resignation, communicated to her teams, “sent shock waves through the company” given her long tenure and high-ranking position, sources said.

Hermès confirmed her departure and lauded her contributions.

“It has been a privilege and a great pleasure to work with Bali for all these years,” Pierre-Alexis Dumas, general artistic director of Hermès, told WWD. “I pay tribute to a close collaboration over more than 15 years and to the remarkable work accomplished by Bali, who has always animated creation with a demand for beauty, boldness, fantasy and contemporaneity. She has inspired the house with passion and revealed the talents of creative directors, designers and artisans.”

For her part, Bali stated: “Taking care of the creation of the Hermès women’s universe collections alongside Pierre-Alexis Dumas and the house’s talented teams has been an immense pleasure and enriching at all times. [Chief executive officer] Axel Dumas and Pierre-Alexis Dumas have always given me great freedom of creation and I thank them for the trust they have placed in me.”

Industry insiders describe Barret as a “complete” creative director, whose vision and creative touch extends beyond products to windows, events and communications. For example, she is described as the the driving force behind the brand’s All About Women events, and the more recent Hermès Carré Club, a roving exhibition dedicated to the famous Carré scarf, first created in 1937.

In her role, Barret collaborates with large teams of designers, headlined by Nadège Vanhee-Cybulski for rtw and Pierre Hardy for footwear and fine jewelry.

As low-profile as she is accomplished, Barret graduated from Paris design school l’Ecole Supérieure des Arts et Techniques de la Mode (ESMOD). After working as an assistant at Zadig & Voltaire, she launched a signature fashion brand in 1999, hinged on minimalist clothing.

The story goes that Pierre-Alexis Dumas discovered her designs via her Paris boutique and eventually invited her to do a project for Hermès. Among her first experiments with the brand’s pricey silk squares was to perforate them with with laser-cut holes, raising some eyebrows. In a less contentious project in 2012, she reproduced images by Japanese photographer Hiroshi Sugimoto, a feat that required new dyeing methods.

Barret’s tenure at Hermès coincided with a rapid growth phase for the brand, founded in 1837 as an haute harness maker.

According to the company’s tallies, it has logged compound annual growth of 13.7 percent over the last 10 years.

Last year, the company saw sales vault 12 percent at constant exchange rates to 6.88 billion euros, with all business lines posting growth. Revenues were 1.91 billion euros in 2009 when Barret was promoted to oversee all women’s products.

In 2019, leather goods and saddlery accounted for 50 percent of revenues; rtw and accessories, 23 percent; silk and textiles, 9 percent, and watches 3 percent.

Barret has been profiled over the years by a handful of magazines, mostly in Europe, including Grazia, British Vogue and Figaro Madame.

In a 2019 interview with Cereal magazine, Barret, who casts her eye on hundreds of women’s products every season, talked about the need to be unpredictable, and innovative.

“We are not an old house doing the same thing over and over again,” she said, while describing herself as an “agitated” person. “I always want change. I am famous for that. I have a very critical spirit. I see what’s wrong, and I see what we should be doing about it. I am trying to change things.”

In a 2014 interview with Style.com Print, she explained how she interacts with her design teams: “Really, my job is to feel, understand, support, kick the ass sometimes. Also, say the truth, which is sometimes difficult, because working with creative people is about sensitivity and trust,” she said.

And she said “beauty” is what makes a product very Hermès. “Beauty is a level of perfection and beautiful material and a beautiful hand. You can feel it,” she said.
Her next move could not immediately be learned. 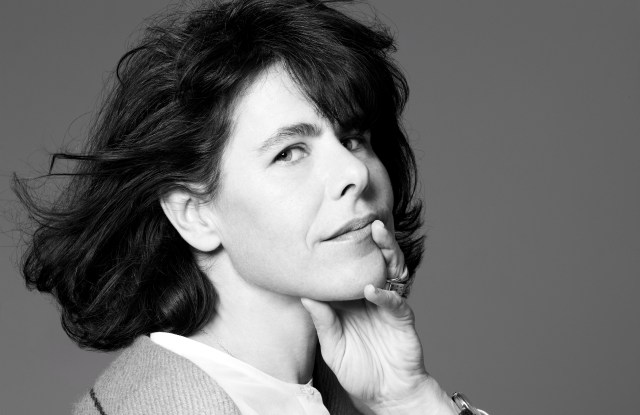 Bali Barret, creative director of the women’s product universe, has been with the French house since 2003.

Wow, end of an Era. She was pretty amazing and very important.

I just hope that the next person to ascend to her position won’t try to revolutionise the brand like it happened with Burberry and Gucci. Gucci needed, on my opinion, but Hermes doesn’t.
Reactions: keodi, Christofle, dublineuse and 7 others

I wonder if it is because she isn’t happy with the direction the brand is taking.
Reactions: Julide, keodi, Meta and 1 other person

periogirl28 said:
I wonder if it is because she isn’t happy with the direction the brand is taking.
Click to expand...

I doubt we will ever know. But most anyone would be in want of a change of scenery after working at one place for 17 years. (I know Leila Menchari was at Hermes for 35 years, but still).
Reactions: TraceySH

Will be interesting to see who will step into her shoes.
Reactions: keodi and TraceySH

Always hunting for the next bag

periogirl28 said:
I wonder if it is because she isn’t happy with the direction the brand is taking.
Click to expand...

I read several articles on the subject, and it appears as though it came as a shock to most. I wonder if she will make any statements about it?

My wishful thinking: maybe she will join up with Phoebe Philo and create a new dream line

Hers is an extraordinary legacy. I suggest that any changes Hermes might be considering are related to (potential) problems with supply chains. They might, for example, be in the process of shifting emphasis (of scarves and accessories) to non-silk products.
Reactions: Holsby
You must log in or register to reply here.
Share:
Reddit Pinterest Tumblr WhatsApp Email Link
Register on TPF! This sidebar then disappears and there are less ads!
Sign Up
Top Bottom