Wow, definitely can't post it in our DEALS and STEALS section! Lol
I am wondering if this is the most expensive dress?
•••
B

Wow...I wonder if it was purchased to be worn? Sorry if it says in the article and I sound retarded...I didn't read it.
•••

It doesn't suprise me- Audrey Hepburn + Breakfast at Tiffany's + Givenchy = gorgeous and historical. I love that movie 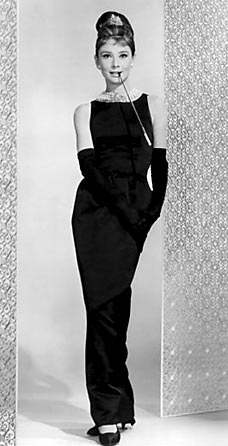 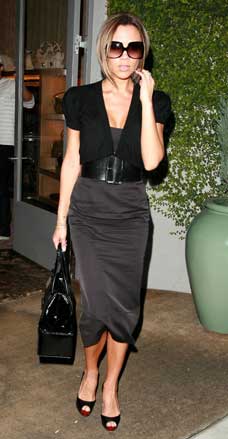 The elegant black cocktail dress famously worn by Audrey Hepburn in the movie Breakfast at Tiffany's has sold for a record £410,000.

And there's now speculation that it has been bought by Victoria Beckham or Coleen McLoughlin -both avid fans of the late actress.
After frenzied bidding at Christie's auction house in London, the dress went to an anonymous telephone buyer for almost six times its estimate, the most ever paid for a gown from a film.
See more pictures:
Gallery: The world's most famous little black dress

In the 1961 movie of Truman Capote's book, Miss Hepburn is seen in the dress as she emerges from a cab on to New York's Fifth Avenue in the early morning after an all-night date.

Eating a snack breakfast from a paper bag, she peers wistfully into the window of Tiffany's. She plays Holly Golightly, the flighty heroine who becomes romantically interested in her new male neighbour.
The dress - Size 6, with a 24in waist - was designed by Hubert de Givenchy and came with long black gloves and a huge pearl choker.

Mrs Beckham, who has a 23in waist, is said to already own one of Miss Hepburn's diamond chokers. Miss McLoughlin, meanwhile, has a 'beauty room' in the mansion that she shares with her fiancee Wayne Rooney decorated in homage to the Hollywood star.

Mrs Beckham's spokesman said last night: "I have no idea if she's been involved in the bidding." Christie's would not reveal the buyer, but it is thought to be someone living in Europe.
Mr de Givenchy donated the dress to Dominic Lapierre and his wife to raise money for their charity City of Joy Aid, which helps India's poor. Mr Lapierre said: "I am absolutely dumbfounded to believe that a piece of cloth which belonged to such a magical actress will now enable me to buy bricks and cement to put the most destitute children in the world into schools."
•••

Oh jesus, there should have been a rule that WAGS weren't allowed to bid on the dress. I can so see VB tarting around London in the dress like a big ol'chavvy fool.

I'm glad the money is going to such a fabulous charity, but I wish the dress had been donated to a museum. It's such a piece of movie history, it shouldn't sit in someone's house or be worn.
•••

I agree, I hope it is going to be donated to a museum to be shown as an exhibit

its such an iconic piece, it shouldnt be put in one persons wardrobe. If it is posh, she will make sure that she is seen out in in once and then maybe let it be used in an exhibition of some kind. That would be some gift under the christmas tree wouldnt it