Dame Anita: 'Money means nothing to me', she said and left her entire fortune to charity. Her will, published yesterday, was eaten up by inheritance tax
She was always adamant she had no intention of "dying rich".

And Dame Anita Roddick, the founder of The Body Shop, has proved as good as her word.


Her will, published yesterday, reveals that she has left precisely nothing, having already given away £51million of her fortune to charity and the rest to the taxman.
The gross value of Dame Anita's estate when she died last September was £665,747.

But the entire sum was swallowed up by inheritance tax, leaving her net worth at "nil".

It is understood that hundreds of thousands of pounds in duty became liable on gifts of money she gave to family and friends shortly before her sudden death.

Under the Inland Revenue's "seven-year rule", an individual can escape paying tax if they survive for seven years after making monetary gifts.
Dame Anita, who died from a brain haemorrhage at the age of 64, wanted her vast wealth to fund campaigns on green issues, human rights and Third World debt.
She described leaving money to your family as "obscene" and cut her two daughters Sam and Justine out of her will in 2005 soon after making a fortune from the sale of The Body Shop.
French cosmetics firm L'Oreal paid £625million for the company, paying Dame Anita and her husband Gordon more than £100million for their 18 per cent share in the business.
Her half of the profit from the eco-friendly, ethical business which she and her husband built up from one shop was donated to the Roddick Foundation, which supports charity causes she espoused.
Her widower, 65, who also received £51million from the L'Oreal sale, is a trustee of the foundation.

Mr Roddick and his family were yesterday away on holiday but the couple's daughters have publicly supported their mother's decision to disinherit them.
Justine, 38, lives and works in California. Sam, 35, runs the upmarket London sex shop, Coco de Mer.


"So, if my mum had said to me, 'I'm not leaving the money to you but I've decided to give it all to a distant cousin', then I would have found that offensive.

"But giving it all to charity is different. You can't really argue about someone giving their money away, can you?
"They've already given us everything in terms of love and support."
She added, mischievously: "My mum's only actually got half the family fortune. My dad hasn't said what he's going to do with his half."
Dame Anita was diagnosed with Hepatitis C last year - the unknown legacy of an infected blood transfusion 35 years earlier - but appeared to be coping well with the illness when she collapsed at her home in West Sussex.

Explaining her philosophy, she had said: "Money does not mean anything to me. The worst thing is greed - the accumulation of money." 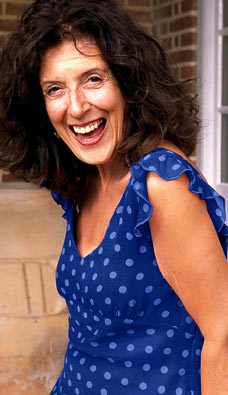 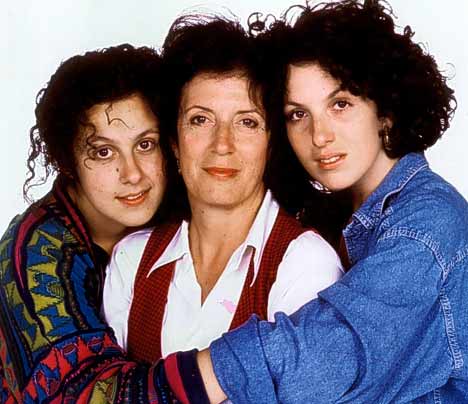 Cut out: The businesswoman's daughters said they agree totally with their mother's decision not to leave them any money. Sam, left, runs an upmarket sex shop in London and Justine lives and works in California 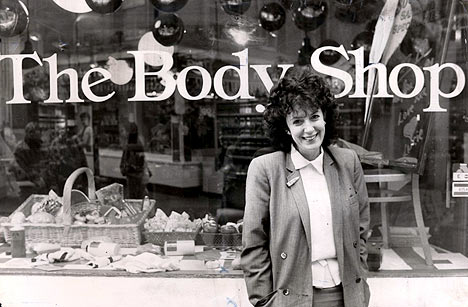 Founder: Outside the Body Shop in 1976. She and her husband Gordon sold their joint 18 per cent share for £100m

Wow is all I can say, I can't imagine not leaving my babies a dime

I dont know, I agree with them saying this is a relief. No fighting over money because no one is getting any.

I have seen what arguments over inheritance can do to families, not pretty.

That was nice that the founder wanted to donate her money to help third world countries and other nice things.
K

On one hand I agree, there's nothing worse than greed. I know some cases of siblings, cousins or other family members fighting for the inheritance and I think it's such an awful thing to do. So the best way to avoid this is to leave everything to the charities that will use the money in good way for sure.

On the other hand I cannot imagine leaving my chil/children with nothing.

But maybe she saw that her daughters are doing fine and will have a good life even without her money. I'm sure if they were poor and really needing help she would have left them something.

JahpsonLoveYou said:
I dont know, I agree with them saying this is a relief. No fighting over money because no one is getting any.

I have seen what arguments over inheritance can do to families, not pretty.

That was nice that the founder wanted to donate her money to help third world countries and other nice things.
Click to expand...

coco de mer is an awesome shop! i think it's wonderful what she did. i know she wouldn't have disinherited her daughters if it would've harmed them personally/left them with nothing. good for her and her family for being so supportive of her choices

i agree that she probably did this knowing that her kids would be okay without the money. i think if i were her i would have still left them with a few million just in case though. things can happen in life (medical bills, etc.) i don't know what the financial status of her kids are though. if they are already millionaires then they wouldn't need the inheritance.
B

Although she left nothing for her kids in the will, I wonder if she gave a lot of money to them while she was still alive? Something about the monetary gifts given to family and friends and taxes was mentioned in that article.

Everybody is saying that she left her children with nothing but thats not strictly true.

She gave them a lot when she was alive (love and money) and her children are doing very well for themselves anyway.

I'm sure that she would not leave them penniless if they were not doing well or had no money themselves but they are not poor and they share the same principles as she did.

Ali-bagpuss said:
I'm sure that she would not leave them penniless if they were not doing well or had no money themselves but they are not poor and they share the same principles as she did.
Click to expand...

i think this is what we are all agreeing on

Sorry, I just had to get that out.

she stand her ground...

but at least leave some money for the kids .eg 5 to 6 figure..

Isn't Warren Buffet going to do the same thing? I wonder if she saw the Paris hiltons in the world and realized that she didn't want that for her progeny....
You must log in or register to reply here.
Share:
Reddit Pinterest Tumblr WhatsApp Email Link
Register on TPF! This sidebar then disappears and there are less ads!
Sign Up
Top Bottom