Beware of the Poisoned Apple! (A Reveal)

Once upon a time there lived a young girl in Texas. Everyday when she'd go outside to play, her mother would tell her, "Don't eat apples that you find on the ground. They could be poisoned by an evil witch and you would be enchanted forever and live under her spell."

And the girl was a very good girl and did everything her mother told her. When she went out to play, she would see the apples and studiously ignore them, hearing the words of her mother in her head. She knew not what sort of enchantment the apples may contain but she feared the worst.

The witch was a very crafty witch and saw that the girl and her mother would not fall under her spell so easily. So she created a "sample sale" which lures any female under the sun. The girl could not resist and ordered a magic box from the witch.

The witch sent the girl a box from a far away land called LONDON and it arrived at her mother's house.

The mother did not know that the girl had ordered the magic box and innocently opened it. 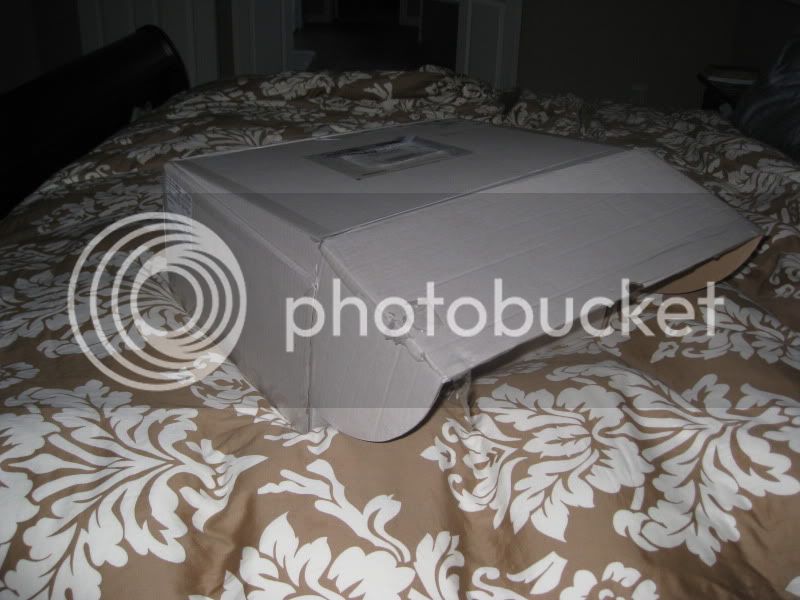 When the girl's mother opened the box, she was immediately delighted by a burst of pink happiness that momentarily distracted her from the mysteriousness of the magic box. 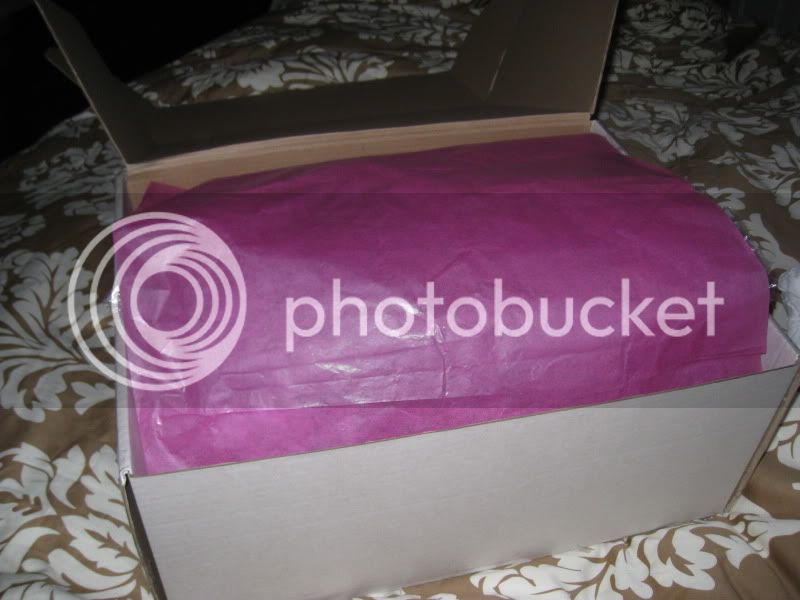 The mother continued to open the box and immediately saw that whatever was in the box must be something rare and of great value, for it was wrapped with care and precision. 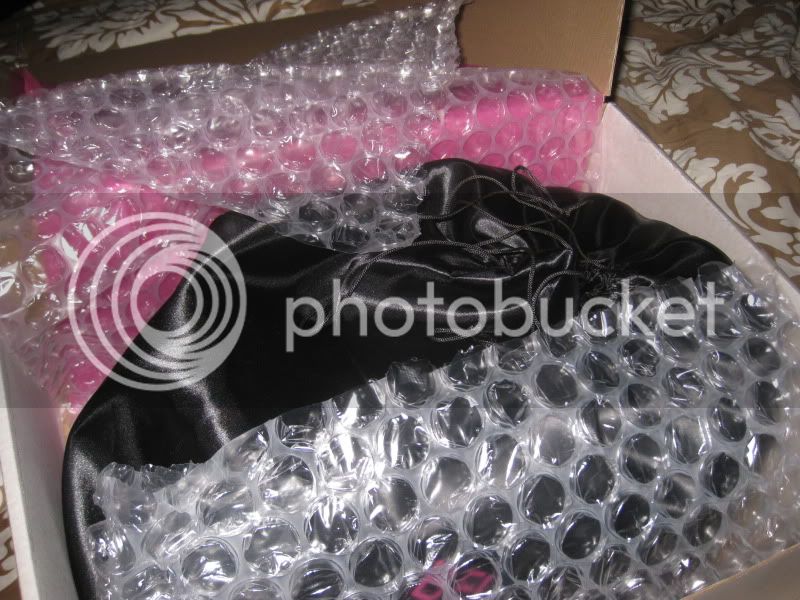 The mother was perplexed. Who would send her a treasure? It was a mystery indeed. With trembling hands, she began opening the bag of silk. 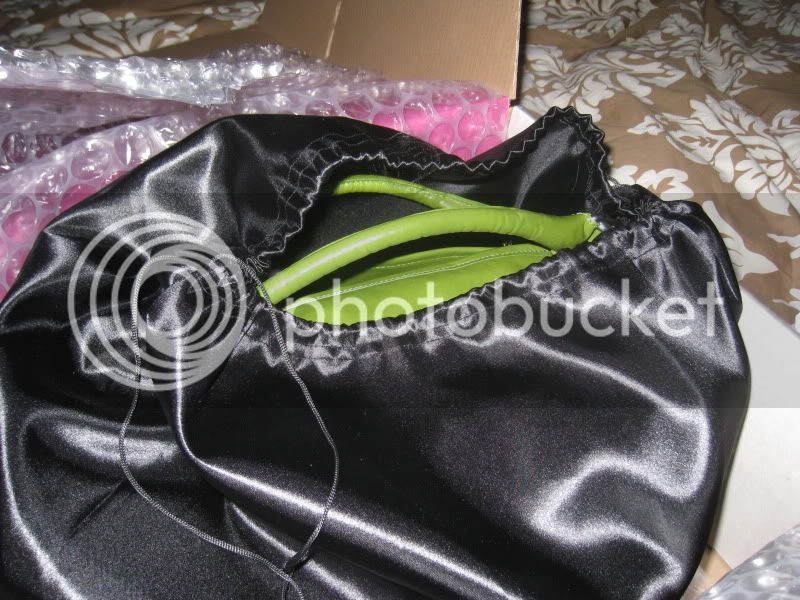 LOLOLOLO - "So she created a Sample Sale" 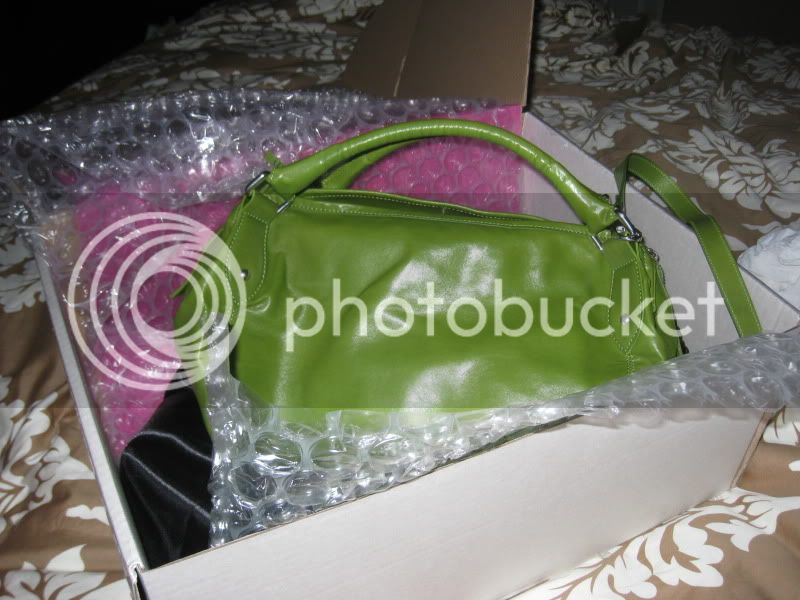 The mother's mouth began to water as her hands traced the lovely curves of the apple's shiny green skin. She was immediately entranced and soon realized that the evil witch was in fact a good witch, who only wished to spread the magic of luxury and happiness throughout the world. 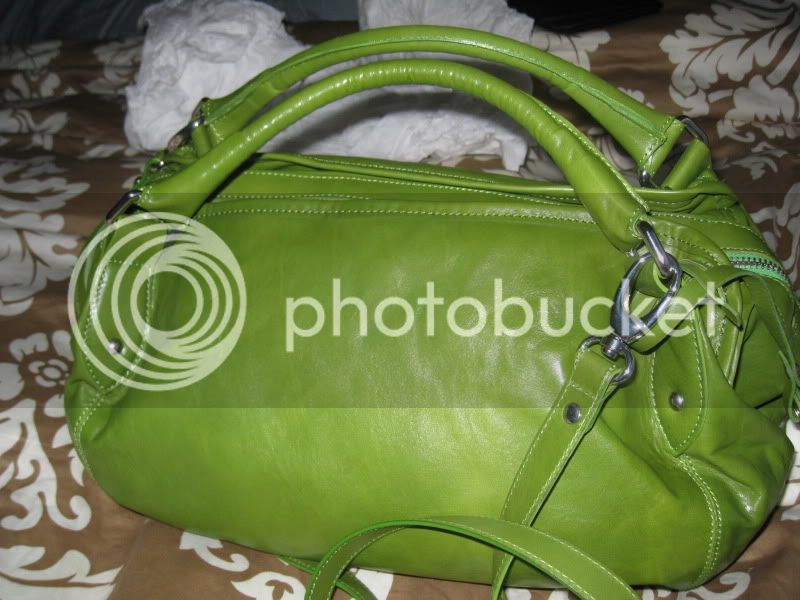 The girl came into the room and saw her mother holding the poisoned apple. She was also immediately held captive under its spell. 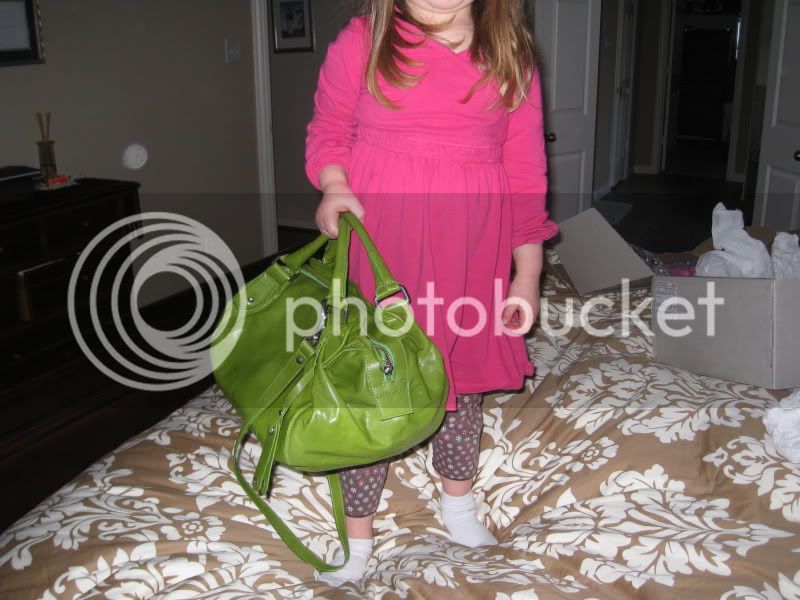 And the mother and daughter lived happily ever after, content living under the magical spellbinding of the witch in London with the funny Spanish name.

I have never seen a more delicious looking 'apple' in my life! I hope you live happily ever after since all princesses deserve fine things and happy endings! (LOVED your story!)

May we all live captive under it's spell, in good health, for always.

I'll take a bite of that delicious apple too! Great bag & story!

now that apple wax is seriously gorgeous! (nothing like the other apple "wax" I have seen).

I'm so happy for you -it's beautiful!

I bet your daughter loves it too..she can almost use it as a travelbag..at least within a couple of years.
You must log in or register to reply here.
Share:
Reddit Pinterest Tumblr WhatsApp Email Link
Register on TPF! This sidebar then disappears and there are less ads!
Sign Up
Top Bottom