The Garden State, US

Lately I've been very frustrated with the closing mechanisms on a number of my flap bags (first world problems, I know). Having to fuss around to get them securely closed all the time is becoming very annoying and grounds for losing a spot in my collection. This includes bags with simple magnetic snap closures but also the lock on my LV Pochette Metis -- if the bag is not fully stuffed the canvas has quite a bit of give so when I press on the lock, it just moves instead of snaping to lock. The lock I love is on my LV Vavin PM, it has a super strong magnet and makes quite the "clank" when it closes.

Does anyone have thoughts or recommendations for other bags with secure, fuss-free locking mechanisms? (I am of course aware of the good old zipper.) 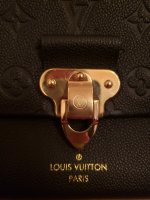 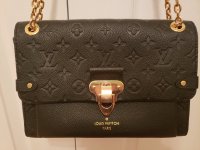 My preference is a turnlock. Coach does this on a lot of their bags, as does Chanel. I just find it super easy to open/close one handed.
Reactions: ccbaggirl89, afroken, Amazona and 3 others
S

The easiest is the turn lock but the magnetic closure from the Gucci Marmont looks pretty easy to open and close.
i don’t have it but i I’ve never heard complains on the closure of that bag.
Reactions: americandreaming

I'm actually quite surprised by the ease of use of the closing latch on my new to me PS1.
Reactions: oladushki and afroken

I love the Chanel Reissue with turnlock and not traditional interlocking CCs.
Reactions: earthygirl, missconvy, oladushki and 2 others

Turnlock is the best for me. I really don’t like snaps because it makes me press on the bag.
Reactions: afroken, missconvy, oladushki and 1 other person
S

Turnlocks and (strong) magnetic snaps have worked well as closures for me, on the bags with flaps that I've had.

For turnlocks, there's the Mulberry Alexa as well as various Coach bags (eg the Cassie is very similar to the Pochette Metis), in addition to the other bags/brands mentioned by other posters. Closing isn't usually too much of a fuss in terms of fitting the turnlock back through the hole either. (The hardware on the Alexa showed wear too easily for my liking, though, at least on my bag... Although hopefully they've improved it with the new version of the Alexa?)

Saint Laurent bags tend to come with quite strong magnetic closures that snap closed quite easily too, eg the Loulou, Niki, Puffer lines, although personally I find that opening them can sometimes be a two-handed operation (one hand lifting the flap, the other holding down the bag!)... But if the magnetic snap doesn't fully close, the strong magnet still keeps the flap in place even though the snap isn't fully aligned, and it's therefore easier to lift the flap one-handed to open the bag.

Oh, I've also had a pushlock-style closure before, on a Mulberry Polly bag -- it was a large and heavy pushlock, but still easy to open and easy to slot the pushlock back in place (especially due to its weight), but the downside was also the weight of that dang hardware! They discontinued this bag after only 1 season or so though, from what I recall, but this might be another type of closure to consider... (Though probably less common?)
Reactions: oladushki and Amazona

Turnlock or a postman's lock. I have a Kurt Geiger bag that has two magnets, one on either corner of the flap and it's never failed me so far, but if you want ease and reliability => Coach turnlock or M postman's lock. I name Coach&Mulberry specifically, since I have no real experience of Chanel turnlocks and the LV one (at least the one on the PM) seems to be a bit fussy, from what I've gathered. I own a M Antony (and I've had an Alexa), and 3 Coach turnlock bags. I'll take them over any other locking mechanism any day.
Reactions: americandreaming and oladushki

As crazy as I may sound, I am addicted to the Chloe Faye / Tess day bag lock. It’s a magnetic closure with a pull-down and release system. Super troublesome to open and close, but it gives me great satisfaction playing with the lock.
Reactions: oladushki

The Garden State, US

I've never heard of this, would be curious as well.
Reactions: missconvy

My preference is easy turnlock like Coach and Chanel. I also find the Mulberry postman lock similar. The LV Clapton line has a really nice lock, too.
You must log in or register to reply here.
Share:
Reddit Pinterest Tumblr WhatsApp Email Link
Register on TPF! This sidebar then disappears and there are less ads!
Sign Up
Top Bottom