At the end of the Day!

OK, first off a confession :shame: - I used to not like Balenciaga. Not just I wasn't interested in the brand but I actually didn't like the look of the bags, and I thought they were, well, boring. To be honest I never really looked into them that much apart from glimpses of pictures on various websites and celebrities carrying them, but they never appealed to me.

So anyway I was doing some decluttering in my house and getting rid of old handbags and doing a bit of an inventory on what I had. I wanted to get a replacement for this hobo/shoulder style bag I had, so I started to look into my various options. I knew that I wouldn't find anything in the style I was after in Marc Jacobs (my true handbag love), so I had to explore other options.

After looking at some various brands, I thought I'd check out the Bal forums, despite my disinterest in the past. All of a sudden it was like a switch in my brain flicked

After looking at the various styles available, I discovered the Day, which was exactly the style of bag I was after. I got in contact with Anna at Bal London, and they had the Day in GGH, in Charbon - I also happened to be looking for a chocolate brown bag, so it was like a match made in heaven.

So now I am having a love affair with Balenciaga

(sorry Marc), and I present to you my GGH Day in Charbon! 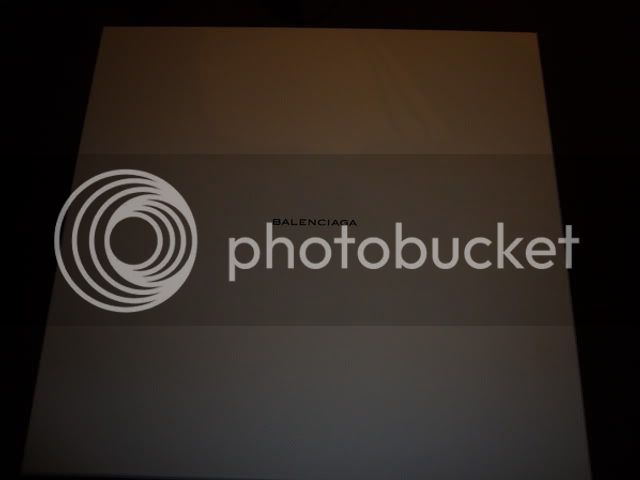 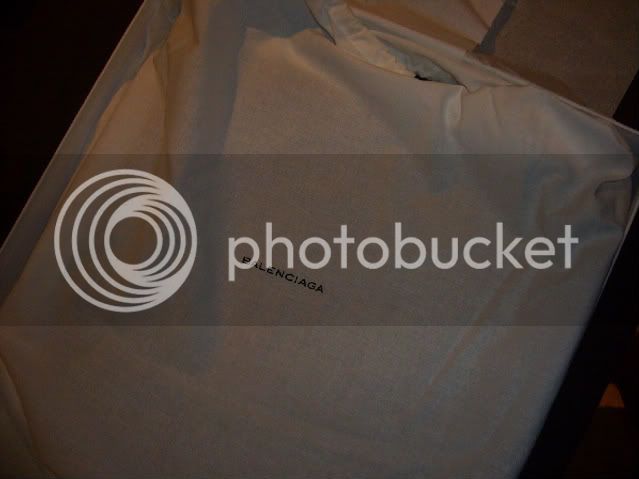 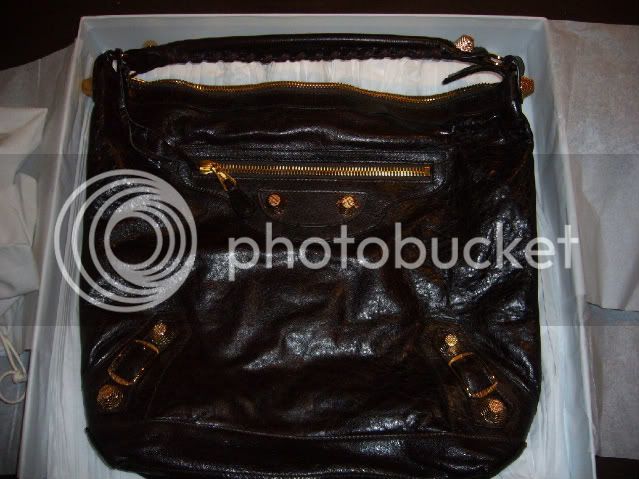 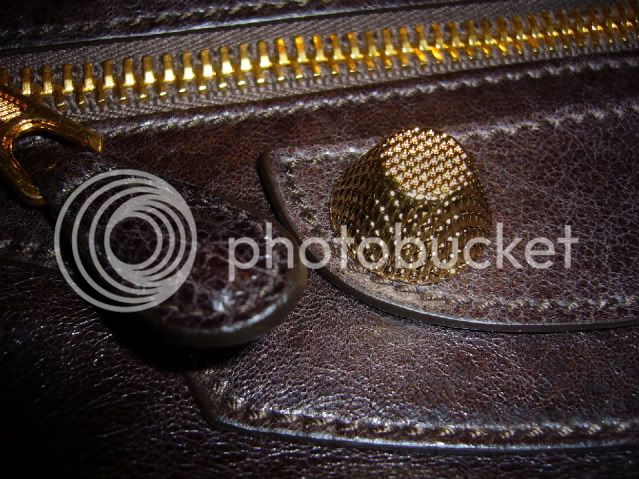 Filled with some items 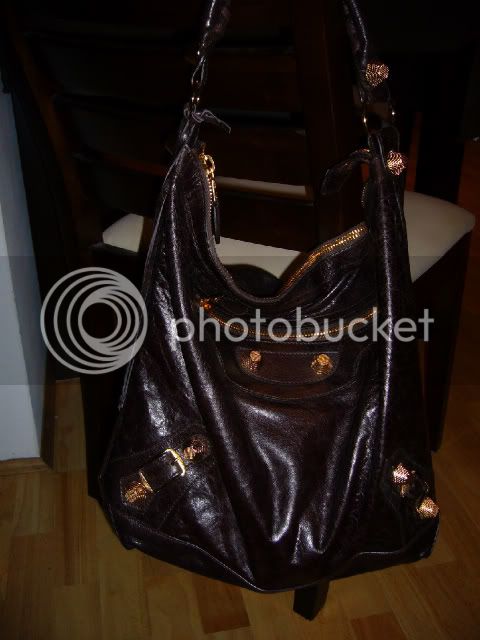 In natural light (it was cloudy outside however) 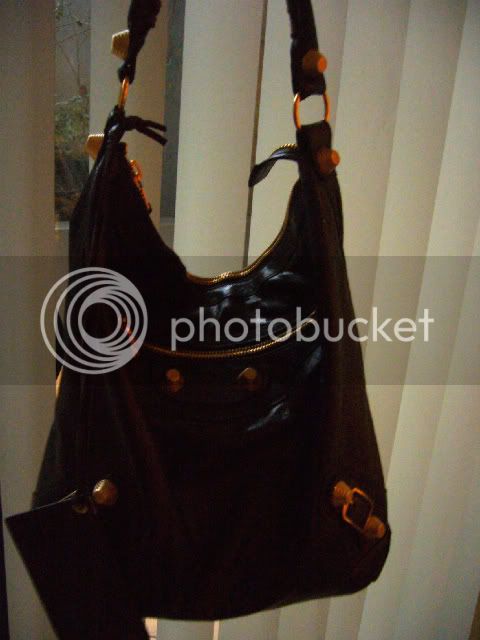 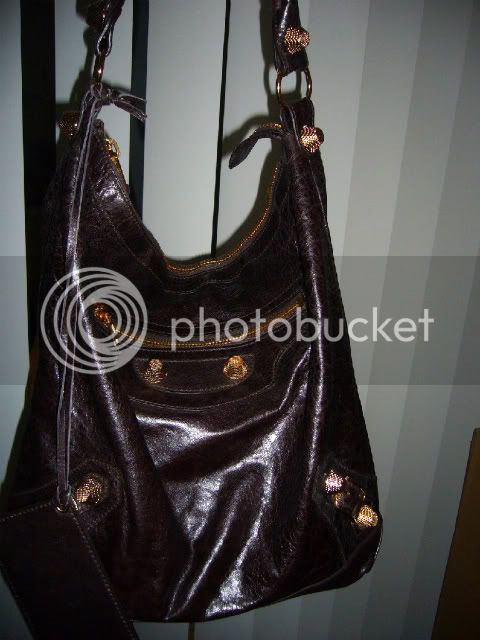 And my love affair continues, I admit I even like the look of RH bags now, and I have a RH bbag on it's way to me arriving next week, so stay tuned for my reveal then!!

lilarbelle What a gorgeous purchase!!! BIG CONGRATS! I love The day style with giant Hard ware over regular one too. This colour combo is very very beautiful!!!

Gorgeous bag! it looks really nice with the GGH! Enjoy your first Bal

congrats and welcome to the world of Balenciaga - its an addiction!

Welcome to the Bbag adiction

That's a gorgeous bag. Such a rich colour and stunning combination.
Many congrats and enjoy it!

Your bag is amazing!!!WOULD U PLS TELL ME THE YEAR OF THE BAG??TIA

Oh my, that is gorgeous. Your GGhH Charbon is so shiny and luscious. Congrats!!

Charbon and GGH . . . IMO, one of the ultimate combinations! Awesome acquisition, esp. for a first Bbag! Welcome to the addiction!

Gorgeous!!! I love how gold stands out on browns, the darker the brown the better! I'm glad you love your first Bal. Cannot wait to see your new RH reveal! Do post her with you receive it!

That bag is beautiful and I am so happy you found a bbag that you love! I have always thought the deep brown Charbon color mixed with GGH was one of the best. I envy that gorgeous bag, congrats!!

Wear it in good health.

CONGRATS on your first Bbag! The Day is my favorite style as it is so comfy to carry!!
You must log in or register to reply here.
Share:
Reddit Pinterest Tumblr WhatsApp Email Link
Register on TPF! This sidebar then disappears and there are less ads!
Sign Up
Top Bottom