What do you all think of the style?? I actually kind of like the white suit Ashton is wearing- even the hat! And that cake looks amazing! Ha :embarasse 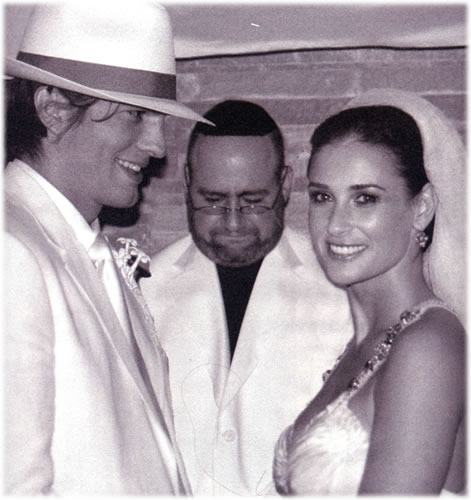 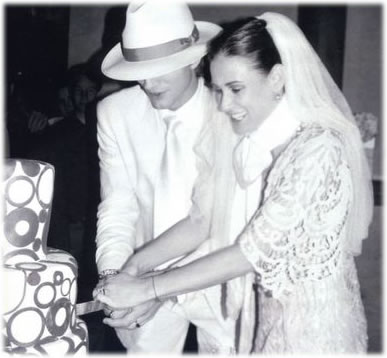 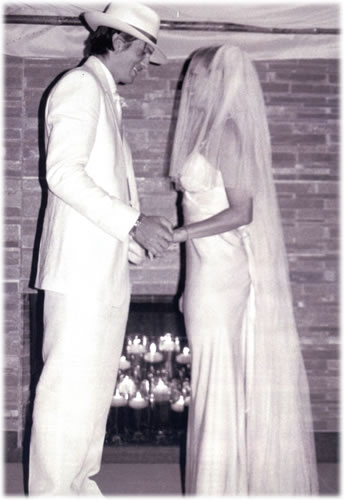 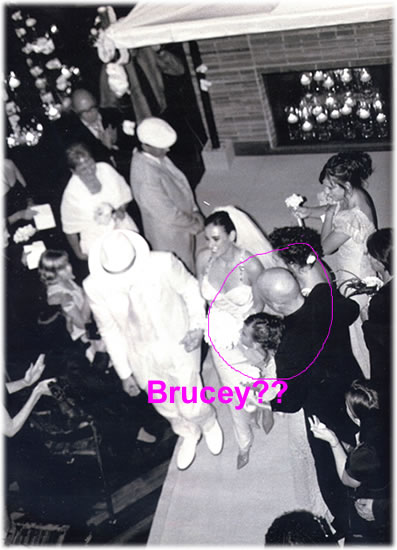 Well, this confirms my suspicion that Ashton wears a weave or toupee. Who the hell wears an ugly hat to their wedding?

His new plugs must be settling in.
•••
K

Ashton wears a weave or toupee? Weird...
It's as if Demi is sucking up his youth. LOL Joking, joking! hehe
•••

Her wedding gown is simply gorgeous! And she looked more beautiful than ever!
•••
I

I'm not saying the hat isn't ugly but if its a Jewish ceremony, Ashton had to have his head covered with something....
•••

Is it required throughout the reception?

I totally forgot these people were into Kabbalah.

I think Demi looks great. I like how she went with a simple and elegant style for her hair and dress. And being happy really takes 20 years off your looks - she looks like a teenager!
•••

Oh yea... totally forgot about Kabbalah! Doh! Well at least that was a fun way to cover his head- it looks like he is from the Mambo # 5 Video!!

chemlex said:
Is it required throughout the reception?
Click to expand...

I guess yes-and-no is the answer. If you are married in a synagogue, you'd have your head covered the entire time. If it isn't a synagogue, you don't have to. But I suppose you might choose to...

Should I feel lucky that my husband didn't go the fedora route?!
•••
C

Issmom said:
Should I feel lucky that my husband didn't go the fedora route?!
Click to expand...

I don't know why but I think yarmulkas are pretty cute, and they are much more subtle than that thing Ashton has on his head.

There has been a lot of speculation about whether Ashton has been lying about his age (claiming to be 4 years younger than he actually is). And there is an ongoing rumor that he wears wigs and toupees to cover up a receding hairline.

My rule of thumb is if you see a guy wearing a lot of hats, bandanas, trucker caps, then he is trying to coverup something.
•••

Humm... I probably never paid close enough attention, but I always thought he had quite a bit of hair. Then again the only time I really saw him was on Punk'd- which I hate.
•••
You must log in or register to reply here.
Share:
Reddit Pinterest WhatsApp Email Share
Register on TPF! This sidebar then disappears and there are less ads!
Sign Up
Top