I'm so excited about this and will be collecting everything for my daughter.
​
Rose is enjoying her newfound role as "Princess of America."

"I'm not like, skipping down the street with it, but when you take a moment and you think about the fact that this is what America has chosen to put out as Princess-hood, Princess-dom, it's amazing," she said.

In The Princess and the Frog, set in New Orleans, Tiana's mother is voiced by Oprah Winfrey.

Rounding out Disney's multicultural royalty (see below) are Mulan, from China; Pocahontas, who is Native American; and, from the Middle East, Jasmine. 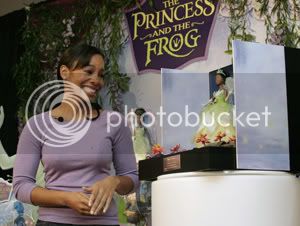 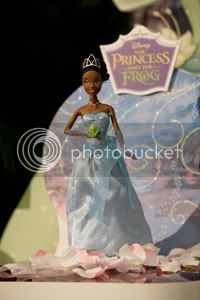 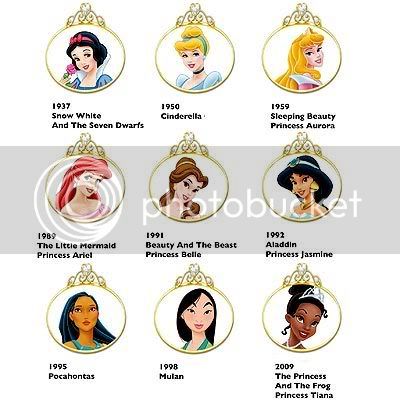 As the Disney Princess royal court prepares to welcome its newest member, Princess Tiana, star of the upcoming Walt Disney Pictures animated theatrical release, The Princess And The Frog, Disney Consumer Products (DCP) in collaboration with Mattel and CDI, a division of JAKKS Pacific, today unveiled a dazzling and magical toy line inspired by the film and its colorful characters. Tony Award-winning actress/singer Anika Noni Rose, the voice of Princess Tiana, unveiled the line which includes dolls, play sets and role-play dresses at a sneak preview event at the American International Toy Fair in New York City.​
Opening Holiday 2009, The Princess And The Frog is a magical fairytale set in New Orleans that marks Disney's return to musicals and the warmth and grandeur of 2D hand drawn animation. Embodying the timelessness of Disney's storytelling heritage, the film also introduces Disney's newest princess in more than 10 years, Princess Tiana. The event marked the first time that Ms. Rose and Toy Fair attendees were able to see the toy line. Mattel presented a one-of-a-kind Princess Tiana doll created specifically for Ms. Rose in celebration of her role.
"The Princess Tiana doll, the role play dresses and the rest of the toy line is absolutely gorgeous," said Ms. Rose. "I'm thrilled and honored to have the opportunity to give a voice to this very special character. I grew up loving Disney Princess fairytales, and to work with Disney's creative team and bring this wonderful story to life has been a truly amazing experience."
In addition to toys, DCP will also introduce an extensive line of The Princess and The Frog-inspired apparel, accessories, home décor, consumer electronics, school supplies and personal care products arriving to retailers nationwide this fall. Disney Publishing Worldwide will launch an assortment of titles including story and activity books. In malls across North America and Canada, over 220 Disney Stores will also celebrate the debut of Princess Tiana and The Princess And The Frog with gorgeous window displays and merchandising. The one-of-a-kind product assortment designed by Disney Store will offer something for everyone including Halloween costumes and role play dresses.
​

awwww, thats so great!! What an honor for her as well as Disney!
C

I've been looking forward to this movie for a LONG TIME! That's great news about the new line of memorabilia.

Perhaps the mods can merge this thread with this one:

It contains a cute clip of the film!

I cannot wait to see this!

Its about freaking time.

Disney princesses should be for all faces!