A story of how I got my new flap!

I bought a new bag today!

I have been calling all Chanel branches in for a week, every time I ask them about it, they say that it's sold out and that I should call them next week.

Yesterday, I spent the night in London, went to Harrods at 10 am this morning, asked about the bag, they said that they didn't know what they received and that I had to come after 20 minutes. Twenty minutes later, I asked about it, the SA asked me to write down my name and phone number, and then said that there was a waiting list for it! I told her that I kept calling them asking about it and I asked if there was a waiting list, they said NO! I was so disappointed. I looked at other bags, then went back to Chanel (LOL I was such a nagger!) I saw a male SA displaying a powder pink flap, so I asked him if they had the same but in hot pink, he was very nice. He went to see if they had it, then the other SA who I talked to in the morning pointed at me and said "Is it for her?" I thought that she was going to hide it from me -_- BUT she didn't! Actually, I received a call from her but I didn't hear my phone. It cost me 2,540 pounds.

Btw, it's with silver hardware. Don't know why it looks like it's with gold hardware. 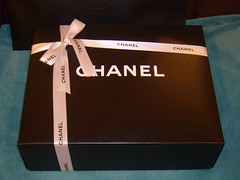 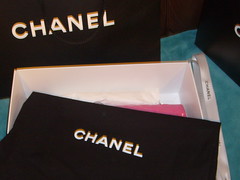 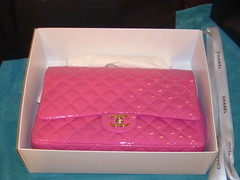 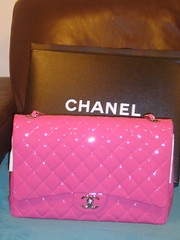 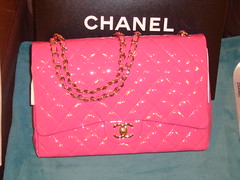 Wow! Its the first time i see this color! Love it, Congrats!

citybabe said:
Wow! Its the first time i see this color! Love it, Congrats!
Click to expand...

Actually I saw a couple in this forum

congrats!!! What a happy ending and a beautiful bag in tow.
P

YAYYYY i am glad you found it!!
it seems to be the maxi jumbo as well just like mine... they seem to be quite rare

omg i had the EXACT same problem when i went to harrods ... i then had to act arab and put on an arab accent then they sold the bag to me, coz i was acting arab they was giving me more importance and i got my dream jumbo caviar in black ghw and in the morning when i called they said they didnt have any in stock but as soon as i went and acted an arab they gave me it.... i was shocked but laughing at the same time LOL

It's soooo lovely!! Enjoy it... Any modeling pics?

What a fabulous colour! definitely going to stand out from all the greys and blacks in London this winter!

Enjoy your lovely bag and happy holidays!
I

I love this color! I have a mini and enjoy taking her out every time! Congratulations!!!
You must log in or register to reply here.
Share:
Reddit Pinterest Tumblr WhatsApp Email Link
Register on TPF! This sidebar then disappears and there are less ads!
Sign Up
Top Bottom