A little Nikki sTeals my heart :)

I got a Teal Mini Nikki a month or so ago but haven't posted pictures yet. At the request of others, I took a couple last night.

I knew I wanted a Teal bag when I saw the original very blue preview pics. I pestered Codi about its release date and finally pre-ordered a Teal Mini Nikki from MOB during the big pre-order rush. I was informed RM told MOB they were sold out so my pre-order was cancelled. A few weeks later Luna Boston was expecting them and I got ahold of one of their pre-orders using a code that an employee there told me I could use. It was later cancelled when her superior disagreed about the code. Forlorn, hopeless, and mini nikki-less, I emailed Haute Chick who told me she was expecting a pair. I was not particularly comfortable purchasing it straight from her without ebay protection, but did so anyway and I don't regret it. The transaction was professional and smooth. I wouldn't hesitate to purchase through her again.

Anyway, I loooove this bag! It's wonderfully distressed like my Night Blue Nikki was and a gorgeously saturated green like my Sea Green MAC was. It also has my favorite lining: Black & White Floral. This is my first Mini Nikki too and it's my new favorite style. 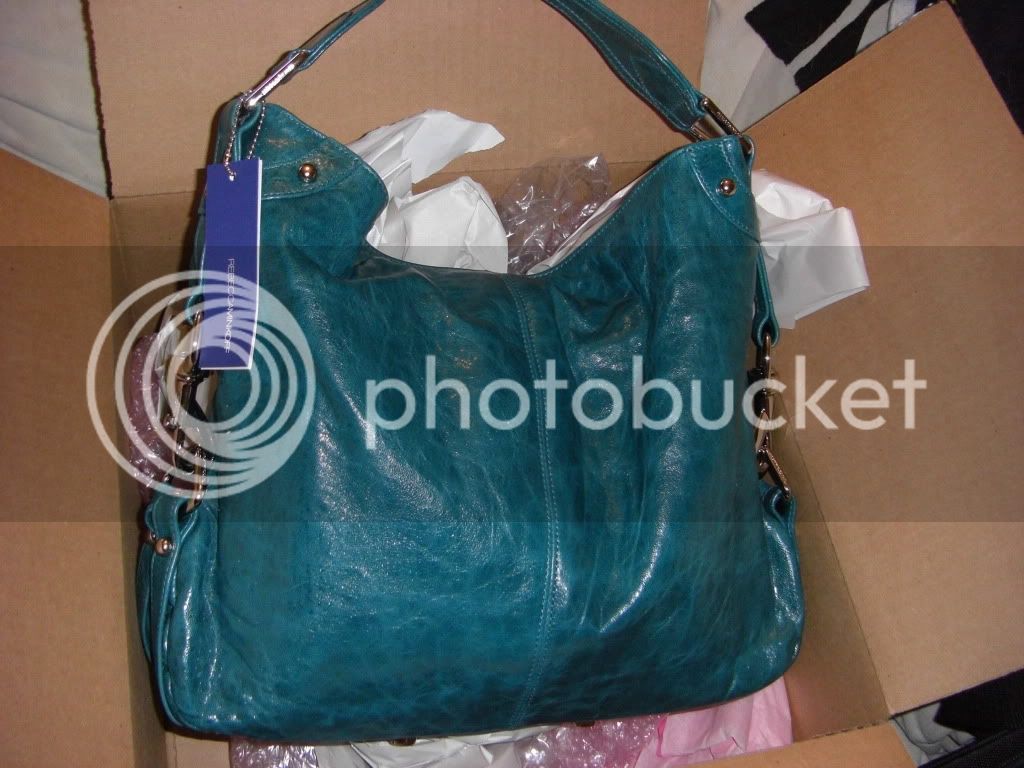 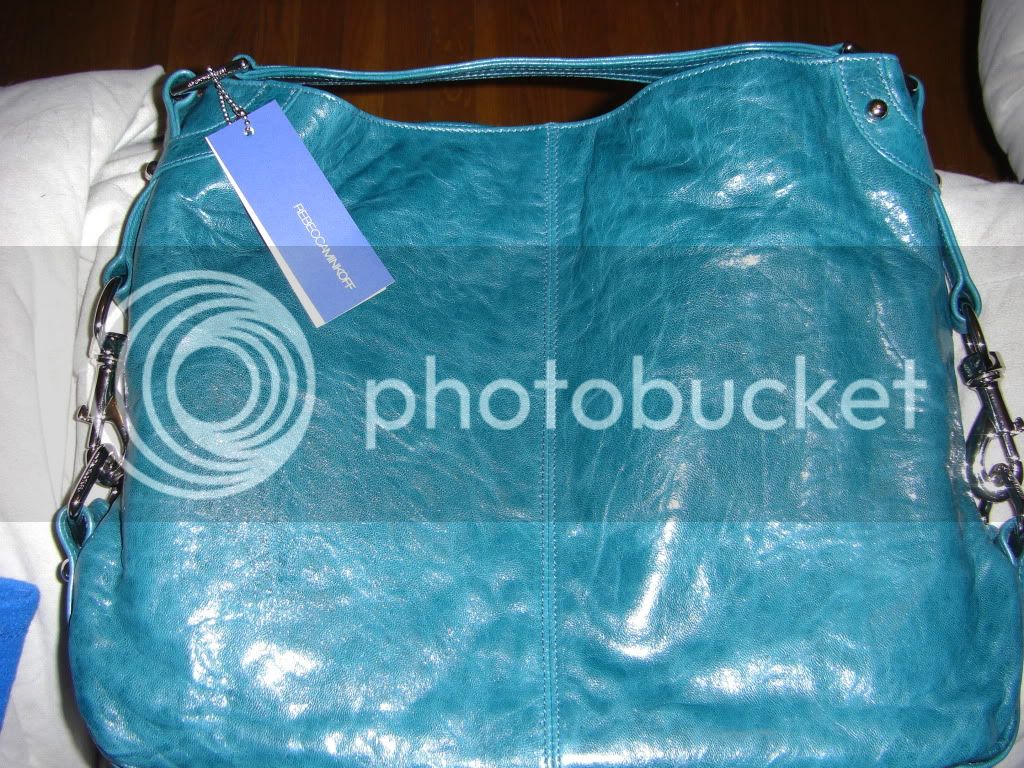 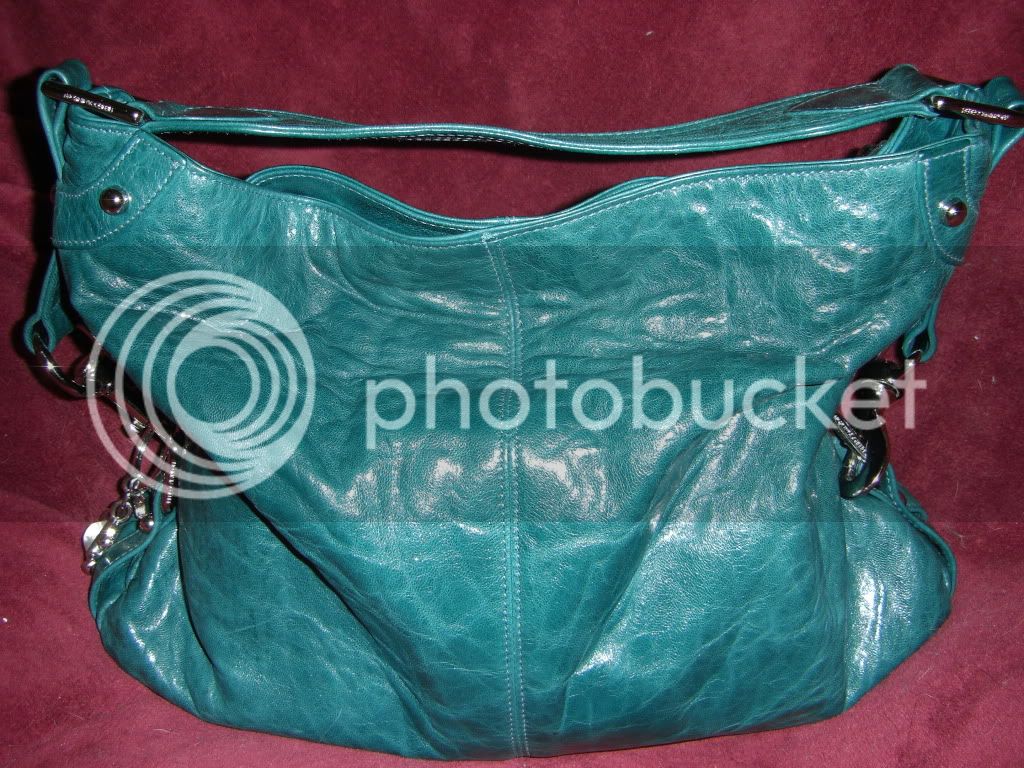 Finally, with Zoya Akyra NP which I got in the mail yesterday through their promotion. It's a perfect match. 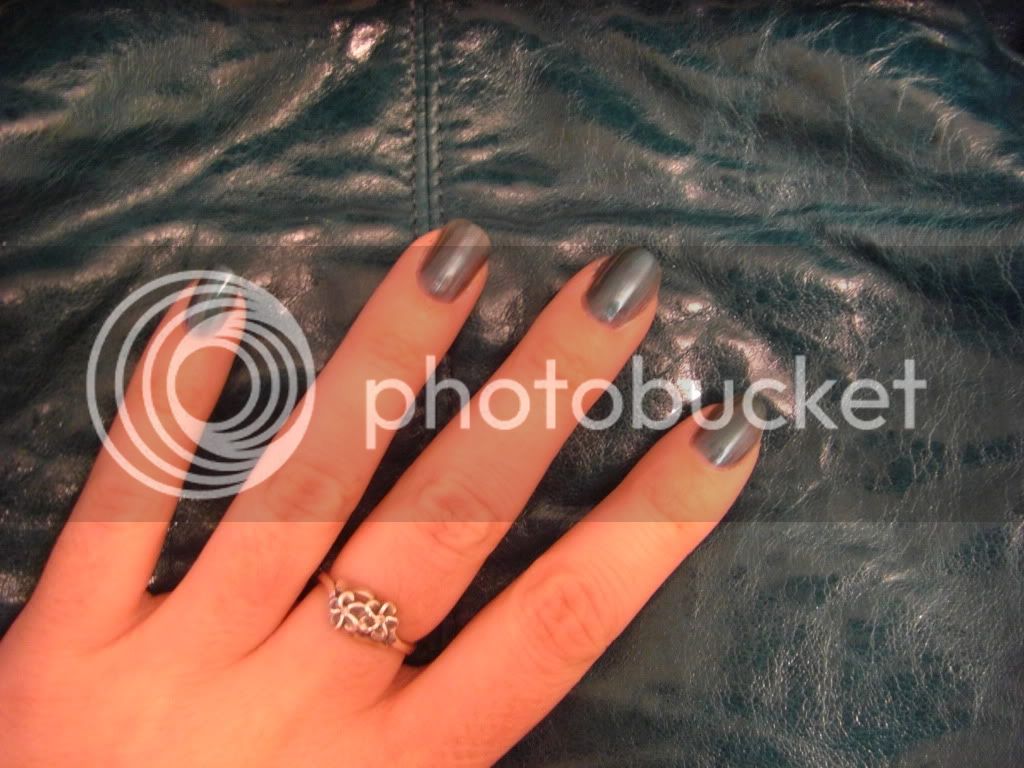 I loooove your bag!! I would consider getting a second Teal bag if a Teal MN for a good price crossed my path. It's so pretty! If I didn't already have the Peacock MN, I would have already tried to find this bag. I love the pic with the nail polish too. So pretty together!

The teal leather really looks good on a Nikki/Mini Nikki.

(E - the MAC has entered France today! I'll hopefully get it in my mits soooon! Those customs people...)

I love how the distressed leather wears on Nikki & MN.

Congrats to you! She is beautiful! I love teal leather, it always puts a smile on my face.. Even just looking at it... LOve it!

Sooo pretty!! Teal leather is very balenciaga like which I love

you have beautiful hand and that little ring is so cute

I would love to get my hands on one, but unfortunately there is no money in them at the moment.

Love it!! Teal is my favorite RM leather now!!

You are smart to get it in a mini Nikki...more gorgeousness to love!!

And I am a HUGE Zoya fan, too...if you want another nailpolish that looks sick wth the teal, try Essie Greenport!!

Congrats, and thanks for the lovely pics, gr!!!

PS: And I don't think your thread title is stupid at all...I think it's funny!!

She's a beauty. I know what you mean about the mini nikki being your new favorite style. I thought I was a MAM girl until I got my first mini nikki.

Great pictures Gympsomrose!! I love it!!!! can't wait for mine hopefully friday!!!

YAY! It's gorgeous! Love the NP match as well!