A Gift From Heaven!

As most of you know, January was a pretty rough month for me. There really wasnt much to smile or be happy about (thank God for Kaylee  I tell you, she was truly a blessing during those weeks & knew exactly when I needed a hug!). Anyhow, everyone has always said how my Gram had a straight-through/Do Not Pass Go pass into Heaven. She was a very special lady and touched nearly everyone she ever met during her 93 years . Nearly everyone I talked to said the same thing: that we all have a special guardian angel watching over us. Well, She must be smiling down on me and must have put in a good word, because I received the surprise of a lifetime last week!

Earlier in January, I placed an order for something I wanted very badly. I received confirmation of my order and went to bed with a smile on face, excited at what I was about to receive. My happiness was short-lived, however, cuz in the morning, I received an email telling me that my order had been canceled. Apparently, there was only ONE left and someone else placed an order ONE MINUTE before I did!. I was so disappointed. Then my Gram took a turn for the worse, and things went downhill from there.

Last week, out of the clear blue, I received a voicemail message that promised to make my wish come true. Not only was this item available again, it had been marked down even more & was now$100 LESS than what it was the first time I ordered it!! I still cant believe that it happened and that its really here and is mine!!! But here it is  I swear, Gram is still ending me gifts from heaven!! 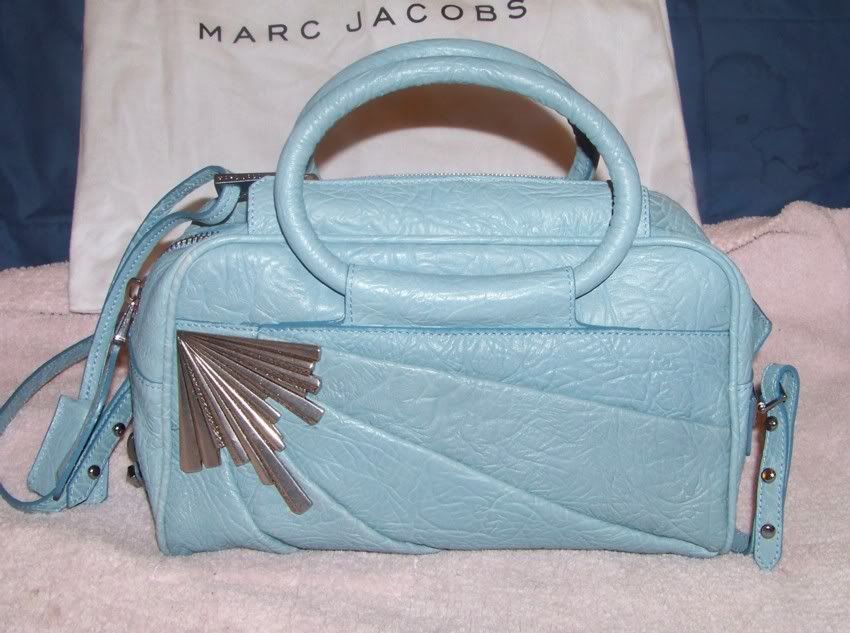 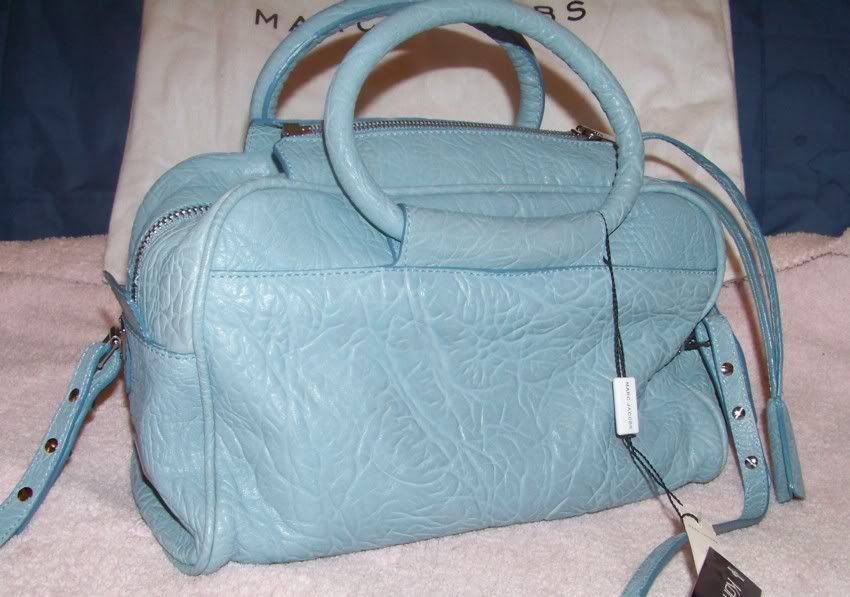 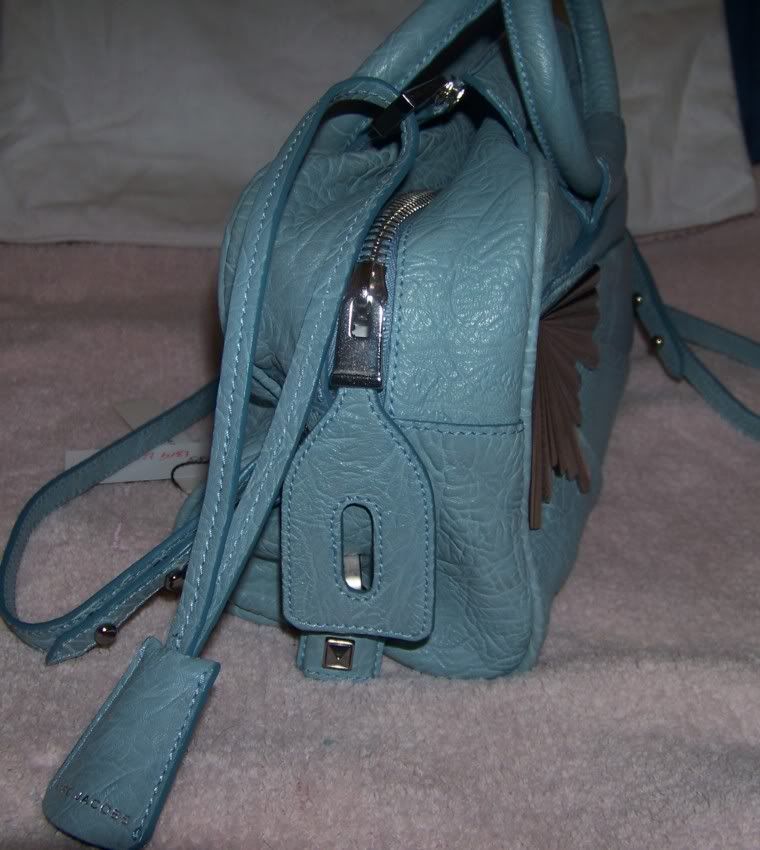 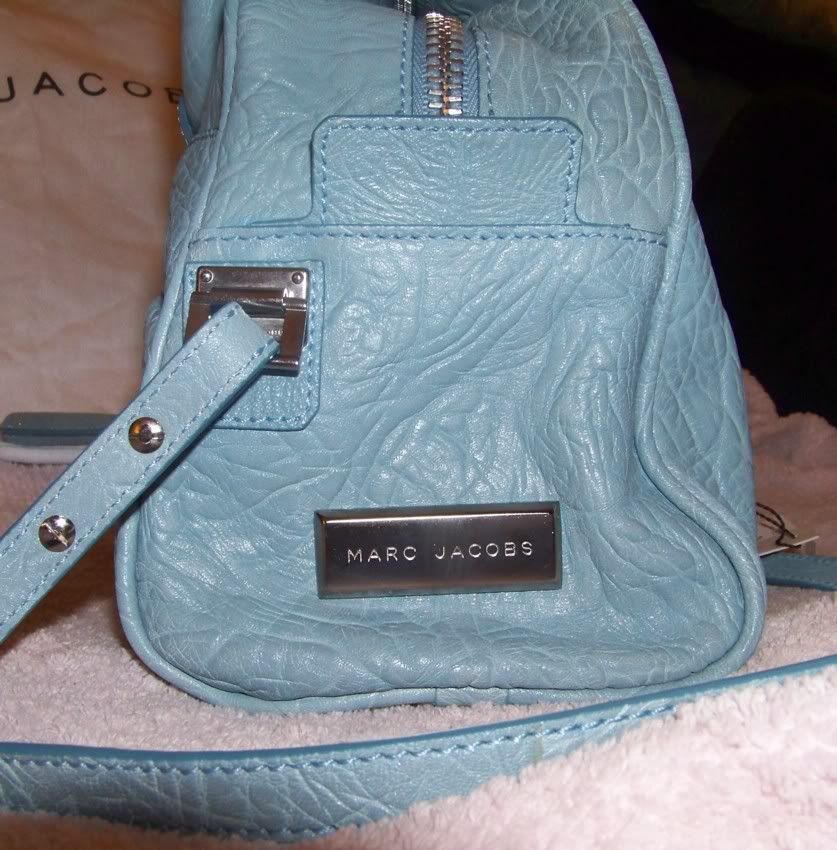 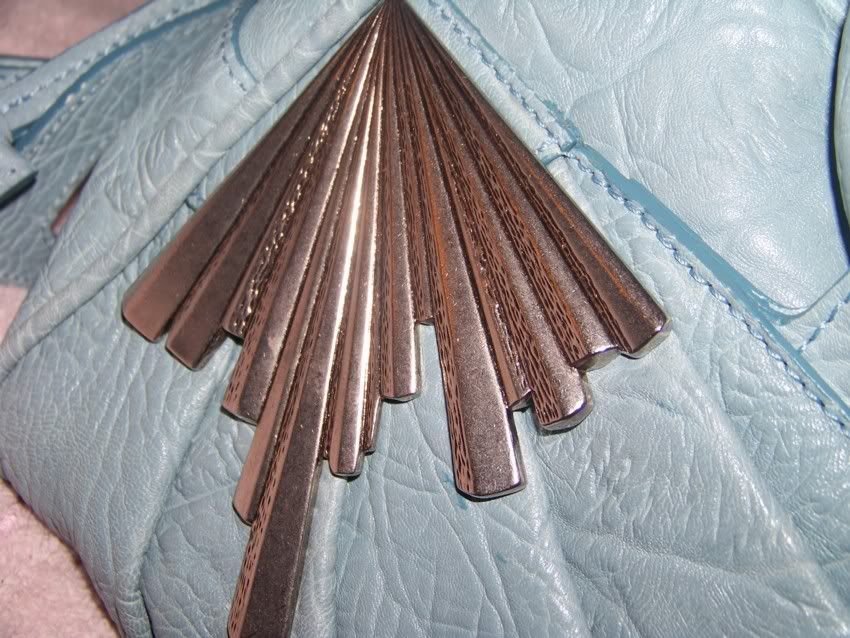 It's the color of a heaven cloud! 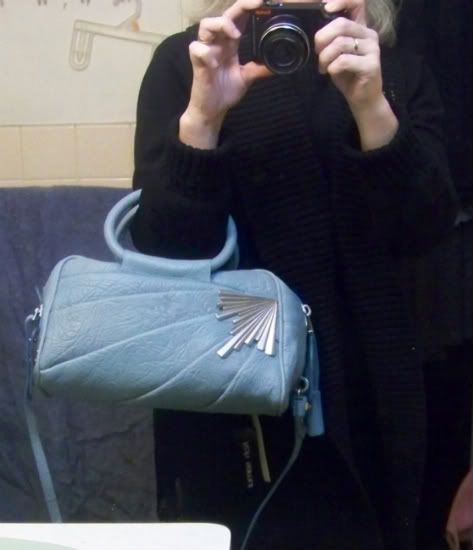 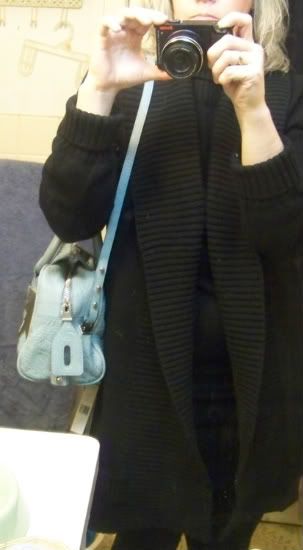 it's TDF!! i wish it came in regular carter size.. marc should've make that or a pleated stam in this color and leather..

congrats iluv! you totally deserve it!!

it fits cross-body too! 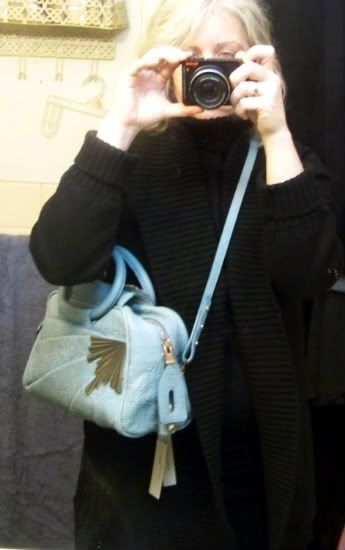 it looks really good on you!
i'm back for some more drooling..
iluv, if you don't mind me asking, how much did you get it for?

indi3r4 said:
it looks really good on you!
i'm back for some more drooling..
iluv, if you don't mind me asking, how much did you get it for?
Click to expand...

thanks so much indi!!
there are a bunch more pics here: http://smg.photobucket.com/albums/v484/vogue66/BB Bag/ (I kinda went overboard with my camera!!

It was marked down to $235 British pounds, so it ended up costing me $314, including shipping!! I just ordered it Friday morning and it came today just as I was leaving for work -- I hate when that happens!! I had to wait all night long through work before I could come home and Oogle over it!!

it's TDF!! i wish it came in regular carter size.. marc should've make that or a pleated stam in this color and leather..

congrats iluv! you totally deserve it!!

Can you imagine the Sunburst/Pleated Stam in this color???

The Restaurant at the End of the Universe...

OMfreakingG!!!!! I am SO amazed!!! What a wonderful happy ending to the entire BB saga!! I know you have wanted one forever! I am really thrilled for you! Hugest congrats - - and it really looks wonderful on you! Oh, and that price....
Holy _ _ _ _! Incredible! What a fantastic surprise!
You must log in or register to reply here.
Share:
Reddit Pinterest Tumblr WhatsApp Email Link
Register on TPF! This sidebar then disappears and there are less ads!
Sign Up
Top Bottom