Anyone plan on watching?
I like watching the red carpet the most, I'll tune in on/off for the awards.

Sandra Bullock is just OK and Julia Roberts is horrendous... What I REALLY think of Oscar nominees, by an anonymous Academy Awards voter


When most people think of the Academy Awards visions of red carpet glamour and long-winded acceptance speeches flash before their eyes as the entertainment industry celebrates itself on its biggest night of the year.
But little thought is put into what goes on behind the scenes to determine who gets nominated and why.
Now one of the Academy's 377 director's has spoken out anonymously - and hilariously - about his thoughts on Sunday's big award shows, including what he really thinks about some of Hollywood's biggest contenders.

Underwhelming: Oscars judge says Sandra Bullock (L) was just 'OK' in Gravity and that Julia Roberts (R) was 'horrendous' in August Osage County
The director sat down with The Hollywood Reporter to give his run down of this year's nominees. 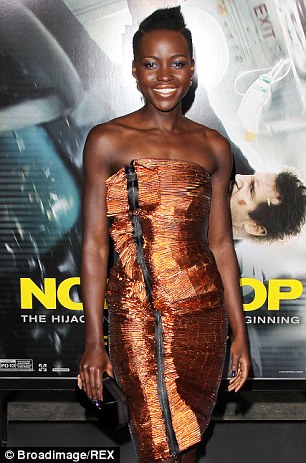 Overrated: The Oscar voter claims Lupita Nyong'o was good but not Oscar worthy in 12 Years A Slave

While one of the favourites for Best Actress is of course Sandra Bullock for her highly celebrated turn as a scientist in the outer space drama Gravity, this particular voter was not impressed and considers her 'the weak link' in the esteemed category even going so far as to say 'she's just OK.'
The voter also slammed a kind of sacred cow in the acting community- Meryl Streep- for her role in August Osage County, calling it 'a bottom-drawer performance.'
He gives the Oscar to Cate Blanchett for Blue Jasmine.
But it was in the Best Supporting Actress category that real blood was drawn.
The director claimed that 'Julia Roberts was horrendous' in the star studded film August Osage County and that she did not deserve to be nominated.

He then went onto downplay the attention Lupita Nyong'o has received for her star turn in 12 Years A slave.
Of the actress he explained: '[She] was very good, but a lot of the commotion over her is attributable to people's tremendous empathy with and sympathy for the role she's playing.'
His pick for the category is Jennifer Lawrence, who won an Oscar last year for Silver Linings Playbook, for yet another David O Russell venture American Hustle.
In the Best Actor category, he claimed that Leonardo DiCaprio 'has been better' and wasn't deserving of an Oscar this time around for The Wolf Of Wall Street. 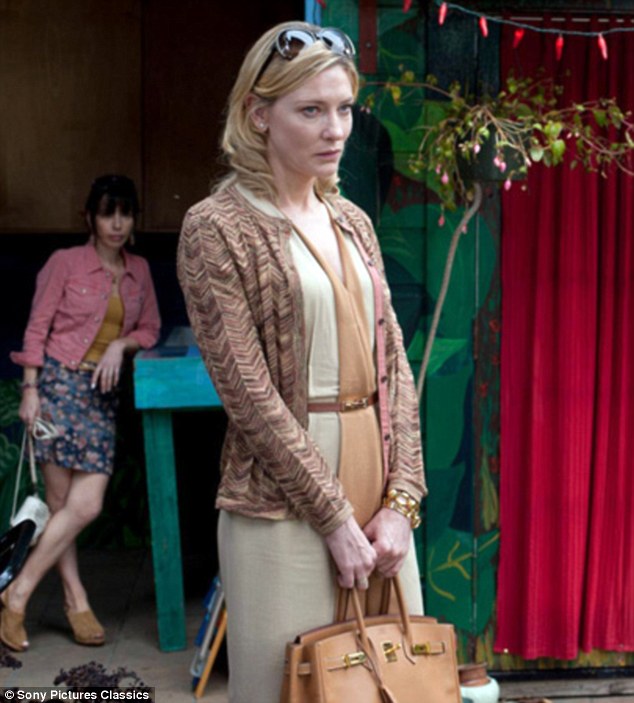 The Best Actress goes to: Cate Blanchett in Blue Jasmine 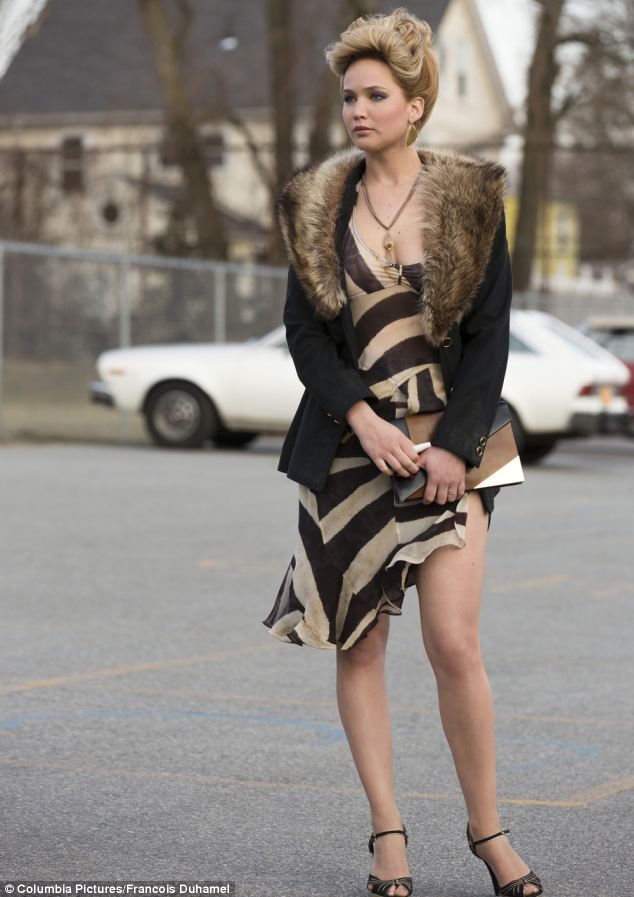 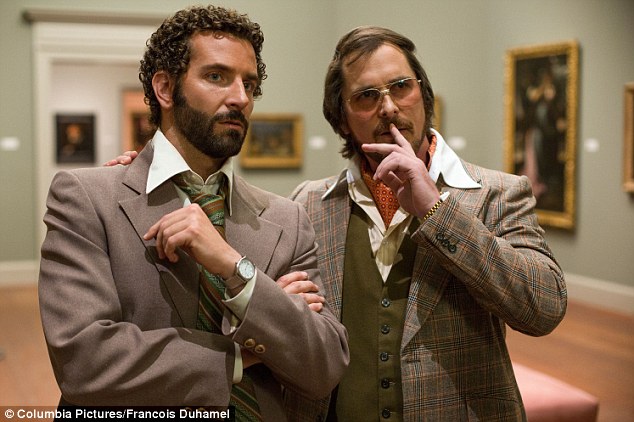 His pick for Best Actor is Christian Bale in American Hustle.
Meanwhile, in the Best Supporting Actor category he believes that Jared Leto will win, but only due to getting extra points for playing a transgender character, which he thinks 'is as close to pandering as you can get.'

His personal pick for Best Supporting Actor is Bradley Cooper in American Hustle.

Not impressed: The voter claims that he's seen better representations of space 'at the planetarium' than Gravity

In the Best Picture category he put American Hustle as the frontrunner with 12 Years a Slave a close second and The Wolf of Wall Street coming in third for most deserving of the Oscar win.
For Best Director he stuck with American Hustle for the sweep, which would be David O Russell's first win after three previous nominations.
He called The Wolf Of Wall Street 'bubble-gum Scorsese' while slamming Alfonso Cuarón as simply 'part of a committee of technicians who made [Gravity]'.

Adding that he has 'seen things at the planetarium that were at least as impressive.' 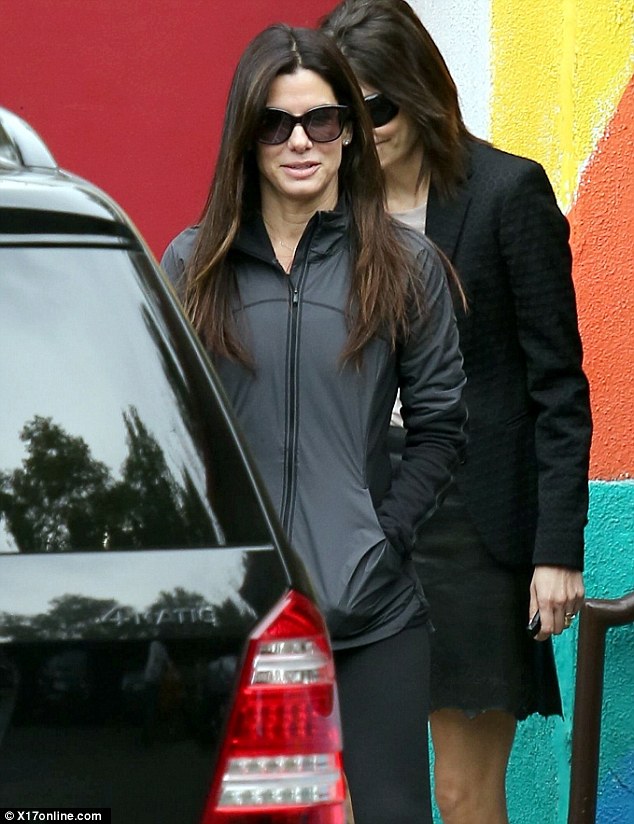 Out and about: Bullock was spotted dropping her son off to school in Los Angeles on Wednesday

Does he like anybody? LOL. I agree with some of what he says though.

I disagree with most of his opinions. Hustle was super overrated I thought. As did most of my friends who saw it. Jennifer Lawrence was amazing though.

Wolf was much better than hustle IMHO, but I think 12 Years should take best pic.

I agree with what he said about Lupita Nyongo and Jared Leto's performances being over hyped because of the characters they played.
I also think 12 Years a Slave and Dallas Buyer's Club on the whole are probably over hyped because of their serious subject matter, not because they're actually oscar-worthy from a directing, cinematographic, or acting stand point.

I thought Leo was brilliant in The Wolf of Wall Street and I thought it was a brilliant film overall. I would like to see Jonah Hill win Best Supporting Actor, particularly considering he wasn't even nominated at other awards shows. That's a strong category though. Barkhad Abdi or Bradley Cooper could both take it.

I agree Jennifer Lawrence should win and probably will win Best Supporting Actress.

I thought Sandra Bullock was good in gravity, but I agree she's probably the "weak-link" in that category. Cate Blanchett or Amy Adams will probably take it, or maybe Judi Dench.

Wolf of Wall Street would be my pick for Best Picture, but that's unlikely.
I'd probably pick Scorsese for Best Directing, but that's also unlikely. David O Russell will probably take that.
Last edited: Feb 28, 2014

I'll be watching
Agree, Jennifer Lawrence was excellent in American Hustle as was Christian Bale.
Lupita Nyongo was good in 12 Years A Slave but I kind of agree this wasn't necessarily Oscar-worthy. I'll be anxious to see what she wears though.
I didn't see Wolf of Wall St or Gravity or Dallas Buyers Club so can't comment on those pics.
P

Is anyone watching the E! Red Carpet right now? Giuliana looks like she's in a wedding gown.
C

I'm watching! I think Giuliana looks nice. Kelly looks nice too, minus her awful lavender hair I wish she would get rid of already.
P

CuTe_ClAsSy said:
I'm watching! I think Giuliana looks nice. Kelly looks nice too, minus her awful lavender hair I wish she would get rid of already.
Click to expand...

Welcome to the party, Cute_classy! I agree G looks lovely but she's got a lot of tulle spilling out in all directions on that chair. The dress requires an upright-position, really, lol.

And totally second that on the lavender hair. I just don't get it. She said that once she started with it she was contractually obligated to keep it or something.

Can't wait to see the dresses. Unforunately watching from London and need to get to bed soon!
H

just saw Guiliana...I only saw her face and part of her dress, but I thought she looked great...
H

#supesappropes <-- Ross Matthews told us to hashtag it, people

I am loving Giulianna's dress! Has she mentioned the designer yet?

ellacoach said:
I am loving Giulianna's dress! Has she mentioned the designer yet?